The Solar Company Making a Profit on Poor Africans 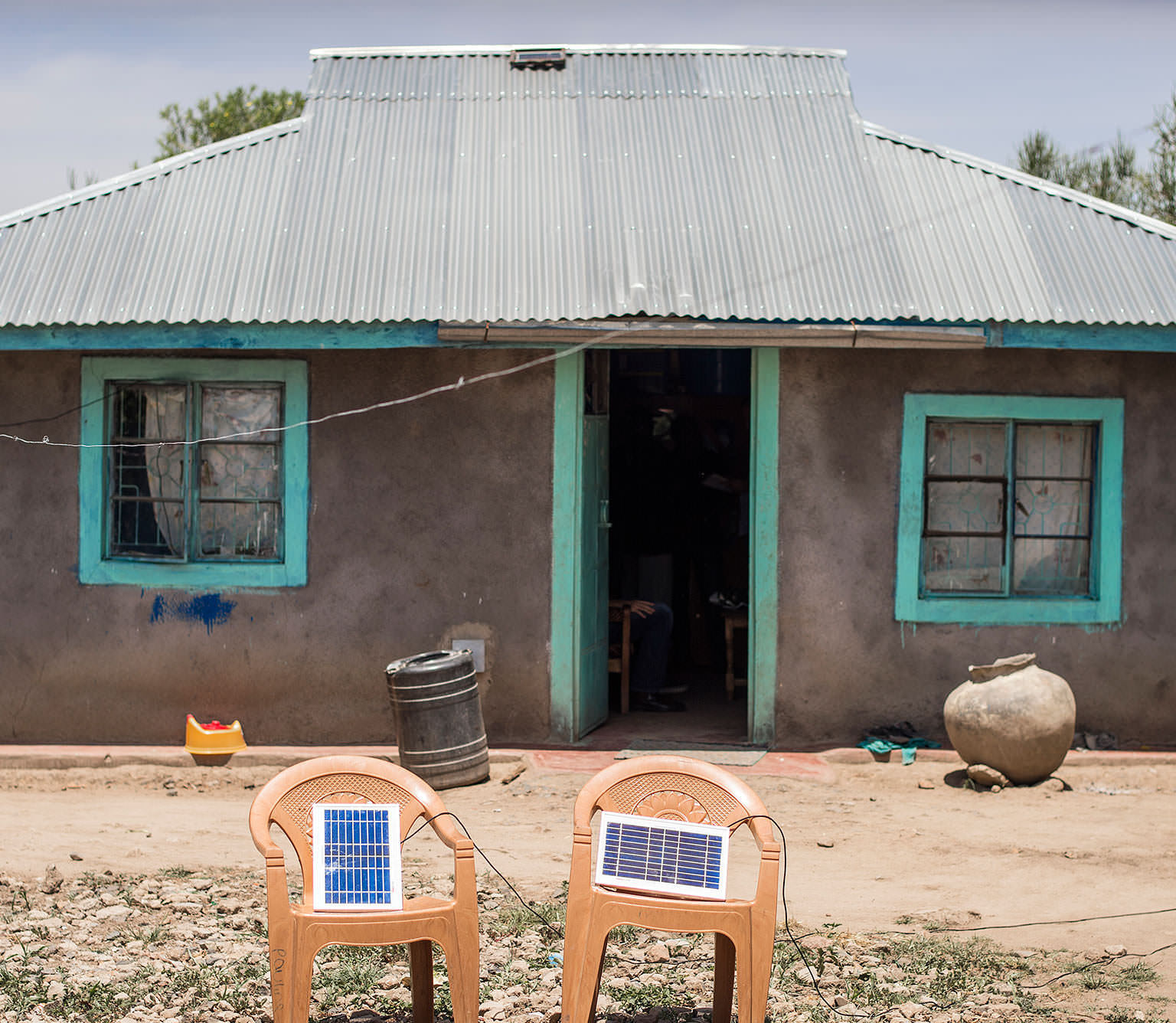 M-Kopa plans to be a $1 billion company by selling solar panels to rural residents and providing them with credit.

Jom Opiyo is the best performing sales person at M-Kopa Solar, a Kenyan company selling solar power systems to the very poor. Watching him work, it’s not hard to see why. Opiyo is a pastor who used to be a musician and concert promoter, and when he’s closing a sale he never stops talking. “The electric company can sometimes leave you in the dark. With M-Kopa, the light cannot go out,” he tells a group of 15 potential customers gathered under a tree in a rural area in western Kenya on a sunny October afternoon. “If you get power from the power company, you will always be paying. But when you buy M-Kopa, it’s yours forever.” Opiyo is tall and thin, with a closely shaved head he keeps shaded under an M-Kopa baseball cap. He infuses his pitch with quotes from the Bible and brings in an actor to break the ice with impersonations of famous Kenyan politicians. But his underlying argument is financial. Before demonstrating his product, Opiyo walks the group through a calculation, asking how much each person spends a week on kerosene. He works out what that adds up to over the course of a year and then totals a sum for the entire group. “I show them the cost of what they are using compared to what I’m going to give them,” Opiyo says. “If you bring this to their minds, they can see how they are foolish, and then you know they are going to buy.” 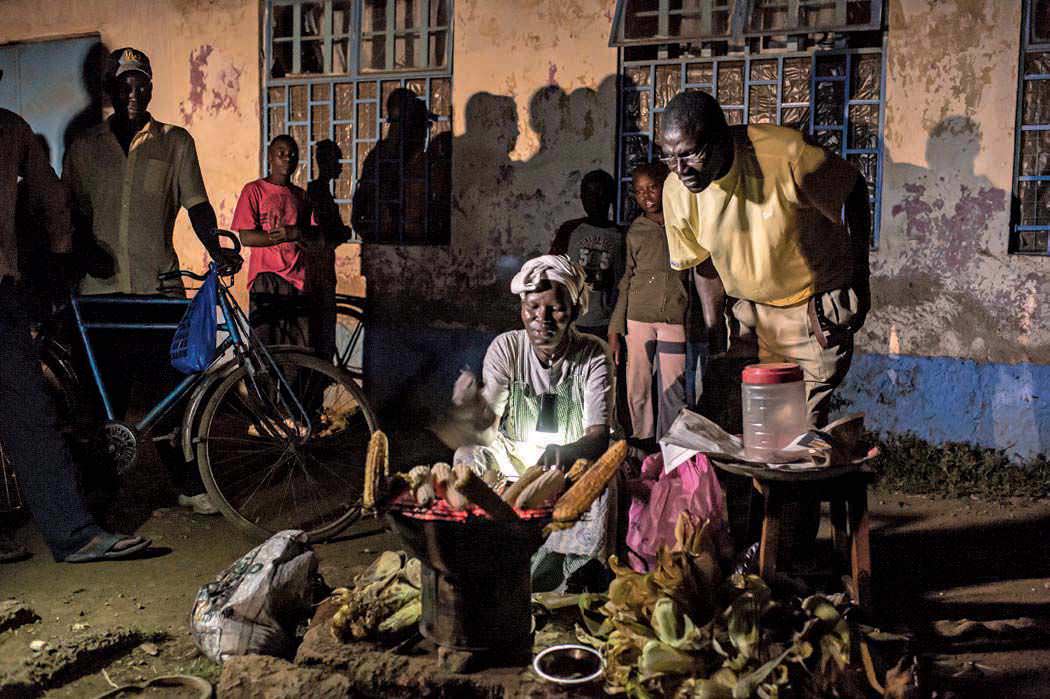 M-Kopa estimates that 80 percent of its customers live on less than $2 a day. Three-quarters of them rely on small-scale farming as their primary or secondary source of income; the rest run small businesses. Energy accounts for a significant amount of their spending. The company’s power system costs $200: It includes a solar panel, two LED bulbs, an LED flashlight, a rechargeable radio, and adaptors for charging a phone. The kit comes with a two-year warranty, and its battery is designed to last at least four years.

The company’s core innovation has less to do with its physical product than the method it has developed to make it affordable. Kopa means “to borrow” in Swahili, and each system the company sells is in effect a loan of about $165. Clients pay $35 upfront and agree to make a daily payment of 45¢ for a year, after which the system is theirs. The kits come with a control box containing the battery and a SIM card that can communicate with M-Kopa headquarters in Nairobi. When a customer has made a payment via mobile phone, the SIM card sends a signal to activate the battery, which is powered by the panels. “If you boil it down, what we are is a finance company,” says Nick Hughes, M-Kopa’s strategy director and one of its founders. “What we’ve done is to give the customers some collateral and a line of credit.”

Hughes, an Englishman, and his Canadian co-founder,Jesse Moore, first discussed working together in 2009. Hughes is a former executive at Vodafone, the British telecommunications company, and Moore was working for the GSMA Development Fund, a mobile telecommunications industry group, where he was in charge of identifying opportunities to make mobile services available to people in developing countries.

Hughes and Moore had three criteria for the company they wanted to build: It had to involve mobile technology, an area in which they both had experience; it had to solve what they called “a massive pain point” for the very poor; and they had to believe it would one day become a billion-dollar business. “The point is, if you’re going to start something, make sure it can be huge,” says Moore, now the company’s managing director. The duo ran three pilot projects, including mobile phone savings and loan accounts in Kenya and a health-care hotline in India, before settling on solar power and founding M-Kopa in 2011.