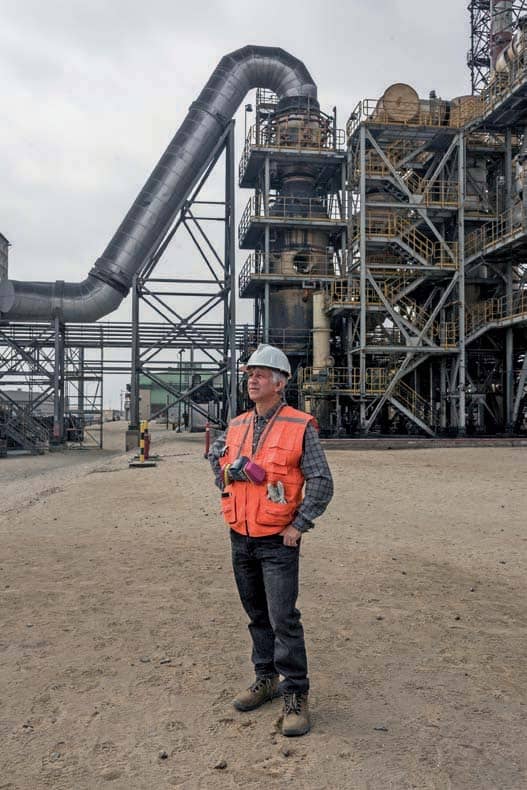 Anthony Lipmann is majorly into minor metals, and he’ll go anywhere to find them.

Imagine a closet stuffed with a billion envelopes. One has a check for $100,000 inside. Do you go hunting? Anthony Lipmann does. One in a billion is the concentration in the Earth’s crust of an element named rhenium, part of a group of so-called minor metals notable for two reasons: They’re exceedingly difficult to obtain, and they’re spectacularly important for certain industries. That’s why Lipmann loves them—the more technology frees us from our earthly bonds, the more we discover how linked we are to forms of nature we didn’t know existed.

Lipmann is a scavenger. Based just outside London, he makes his living in the hinterlands of commodities, finding the stuff most can’t and picking up what others discard. His business model is deceptively simple: Identify something rare that manufacturers need, figure out how to get it, then step in when gaps in the supply chain appear. Most of his inventory— which includes germanium, zirconium, ruthenium, indium, tellurium, hafnium, tantalum, and tungsten, to name a few— is stored in warehouses in the U.K. and other European countries, ready to go at a moment’s notice. “My guiding principle is demand,” he says. “If someone wants something to put in a product, even if it’s toxic or radioactive, if it’s genuinely needed for an industrial purpose and not a weapon, I think that’s a legitimate reason to get involved.”

Thallium is a good example, though it’s not something Lipmann stores because it’s not nice stuff. Once a rat poison, it’s found new uses in the technological age, including in the lenses of high-end document scanners. But it’s strictly controlled in many countries due to its extreme toxicity. So when Nippon Sheet Glass Co. realized it needed some, executives at the Japanese company reached out to Lipmann Walton & Co.

It took two years to track down a trove of thallium that had been produced in Kazakhstan in the early 1980s, then somehow found its way to a warehouse in Rotterdam. European Union regulations meant it couldn’t be moved, but after about a year of jostling and a nighttime mission to repackage the goods, it started making its way to Japan. The cargo traveled in batches, but each ton went a long way, so the Japanese were happy. “I get a huge kick now out of scanning a piece of paper,” says Lipmann, who was paid $9 million for his troubles. “There might be a bit of thallium we supplied in it.”

The end of July found him in northern Chile. Standing on the edge of Chuquicamata, one of the world’s largest open-pit copper mines, Lipmann watched massive trucks hauling hundreds of tons of rock across the floor below. From that height, they looked like sandbox toys.