The Pollution-Busting Drones Of Krakow 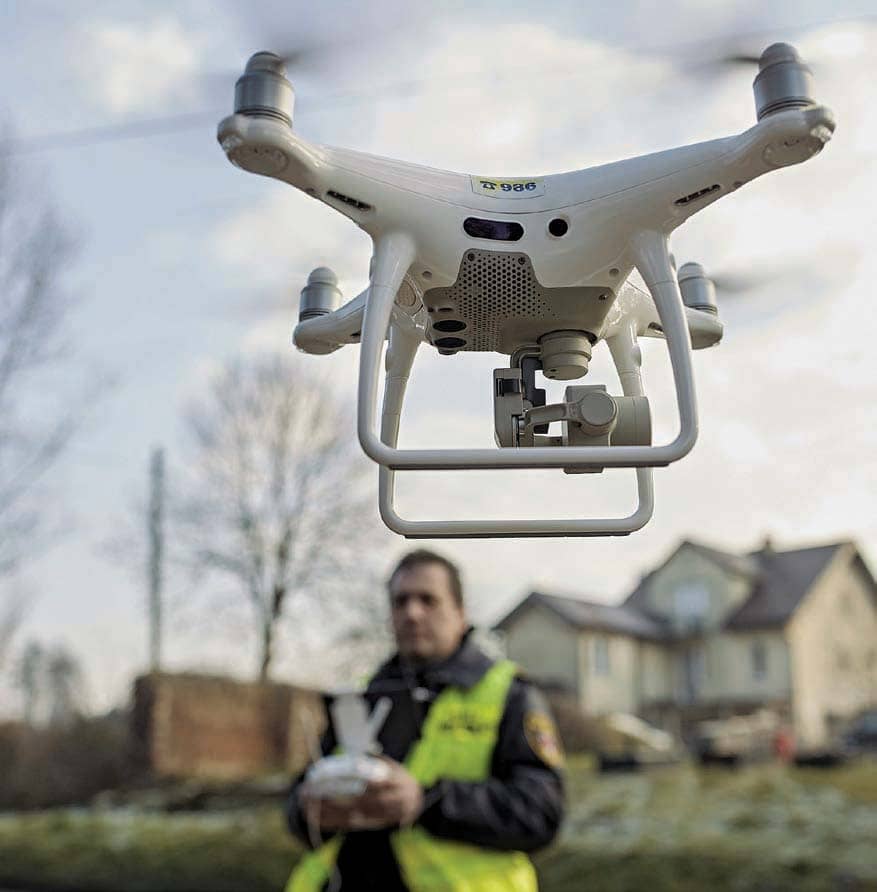 Marek Witkowski’s patrol car comes to a halt in a cloud of dust. Within minutes, he’s powered up his four-rotor drone and sent it into battle against the scourge of his country.

The Krakow officer is on the front line of a clean air revolution in one of the most polluted cities in the most polluted country in the European Union. The cameras check chimneys from above for signs that household furnaces are illegally burning coal or trash. “That smoke is white, so they’re using gas—it’s OK,” Witkowski says as he steers his drone into a plume emanating from a smokestack 50 meters (164 feet) away. “Let’s move on.”

Tackling climate change has become a top political priority in Europe. Green parties are now part of Austria’s governing coalition and inching up the power ladder in Germany. Poland, though, has a mountain to climb. It’s home to more than 30 of the EU’s 50 most polluted cities, a legacy of communist-era industry. Almost 80% of its electricity is generated by coal, which is also the primary fuel for household heating. Preserving jobs for miners is government policy.

Krakow, the country’s historic capital and its most popular tourist destination, took a radical approach to fighting the smog. Buses are all- electric, but more remarkably the city is the first in Poland to issue a ban on burning coal and is policing its air with drones. The law went into effect on Sept. 1.

Depending on household income, the local government subsidizes at least 50% of the cost of new gas-burning furnaces and contributes to paying for energy bills, part of the city’s broader 1.2 billion-zloty ($315 million) antipollution effort funded by money from the EU, local taxation, and government programs.

Four months into the purge, the residents of Poland’s second-largest city have fallen in line, according to the local police. On an outing with Witkowski on a recent day in December, there were no illegal sources of home heating detected.