The Poison In Your Medicine Cabinet 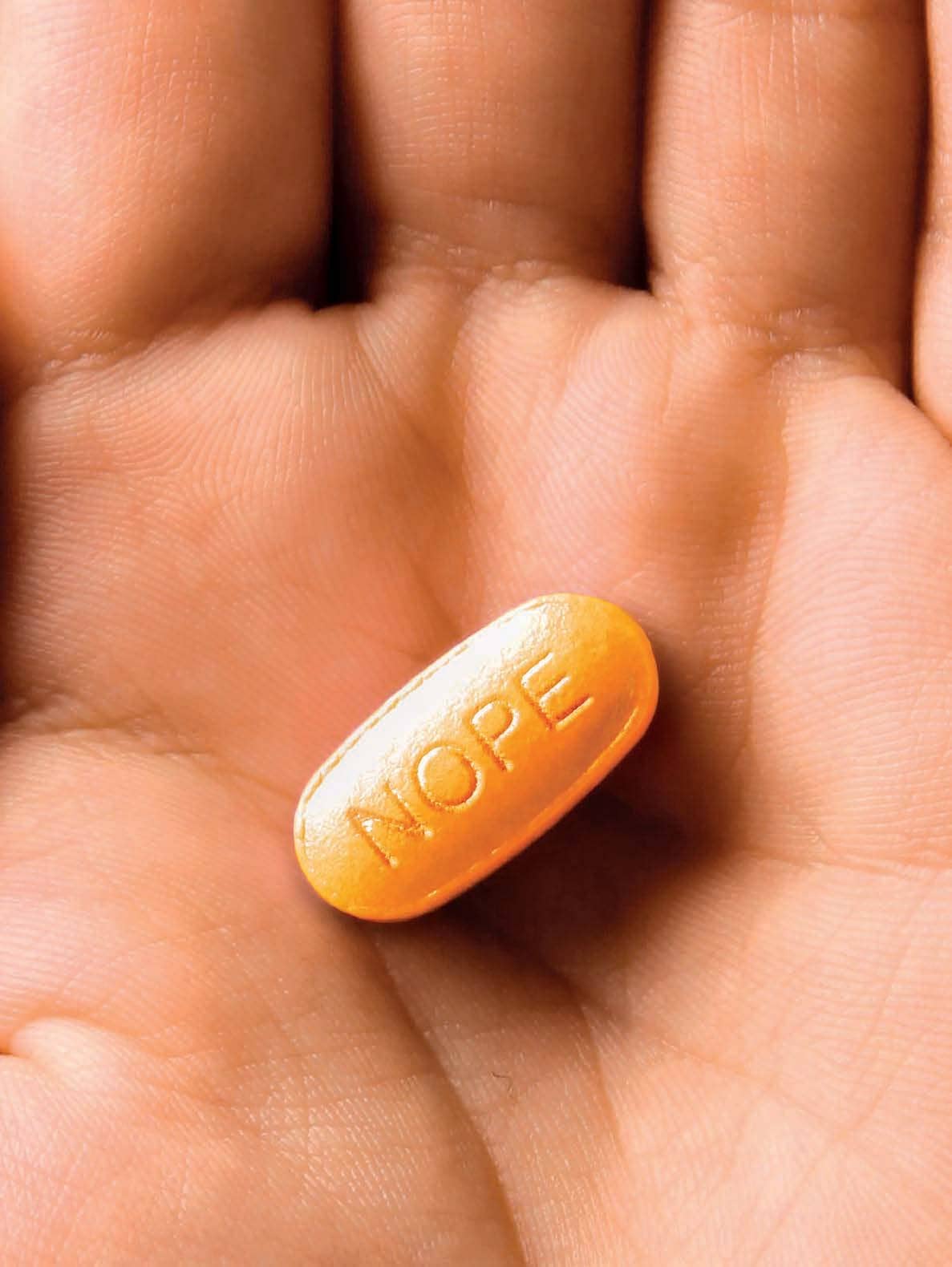 How carcinogens and other impurities end up in the drug supply.

The chemical N-Nitrosodimethylamine, or NDMA, is a yellow liquid that dissolves in water. It doesn’t have an odor or much of a taste. It’s known to cause cancer in animals and is classified as a probable carcinogen in humans—it’s most toxic to the liver. A single dose of less than a milligram can mutate mice cells and stimulate tumors, and 2 grams can kill a person in days. An Oklahoma man poisoned the family of an ex-girlfriend in 1978 by pouring a small vial of NDMA into a pitcher of lemonade. In 2018 a graduate student in Canada sickened a colleague by injecting the chemical into his apple pie.

NDMA no longer has industrial uses—it was once added to rocket fuel—but it can form during industrial processes at tanneries and foundries as well as at pesticide, dye, and tire makers. It can be found in drinking water disinfected with chloramine. It’s in tobacco smoke, which is one reason secondhand smoke is dangerous, and it’s what makes eating a lot of cured and grilled meat potentially risky. The U.S. Food and Drug Administration says it’s reasonably safe to consume as much as one microgram—one-millionth of a gram—of NDMA a day.

In July 2018 the FDA announced that NDMA had been found in the widely used blood-pressure medicine valsartan and started overseeing a recall of drugs from three companies. They’d all bought the active ingredient for their valsartan from Zhejiang Huahai Pharmaceutical Co., one of China’s biggest generic companies. The recall has since been expanded 51 times, to include two related drugs, irbesartan and losartan, made by at least 10 companies—some since 2014. Drugs sold to millions of people in 30 countries could be tainted.

Some of the contaminated valsartan contains as much as 17 micrograms of NDMA in a single pill. That’s equivalent to eating 48 pounds of bacon. The FDA estimates that for every 8,000 people who took the highest dose of contaminated valsartan for four years, there would be one additional occurrence of cancer. “We had to be honest about that, but it’s not a great message for the consumer,” says Janet Woodcock, director of the agency’s Center for Drug Evaluation and Research. “Throw a couple of lamb chops on the barbecue and you’d find nitrosamine after a good grilling. You have to put this in perspective.”

You’d find nitrosamine—a category of carcinogen that includes NDMA—but you wouldn’t find 17 micrograms of it. European health regulators put the cancer risk from contaminated blood pressure medicines higher: They estimate that one out of every 3,390 people could become sick.

The FDA has a rigorous approval process for new drugs. Companies conduct clinical trials in humans over several years to prove a drug is safe and effective. But 90% of all medications prescribed to Americans are generics. They’re cheaper, they’re supposed to work the same way, and they receive less scrutiny right from the start. Companies manufacturing generic drugs have to show only that patients will absorb them at the same rate as the name-brand medications they mimic. At least 80% of the active pharmaceutical ingredients, or APIs, for all drugs are made in Chinese and Indian factories that U.S. pharmaceutical companies never have to identify to patients, using raw materials whose sources the pharmaceutical companies don’t know much about. The FDA checks less than 1% of drugs for impurities or potency before letting them into the country. Surveillance inspections of overseas factories have declined since 2016, even as the agency is under pressure to get more generics to market more quickly. In 2008 the FDA opened three posts in China and announced plans to dramatically increase the number of inspectors there. By 2014, it had closed its offices in Shanghai and Guangzhou, leaving only the Beijing office with inspectors who could visit Chinese factories on short notice.

Huahai, the first manufacturer found to have NDMA in its valsartan, is also the one whose product had the highest concentration. When an FDA inspector visited in May 2017, he was alarmed by what he saw: aging, rusty machinery; customer complaints dismissed without reason; testing anomalies that were never looked into. He reported that the company was ignoring signs its products were contaminated. Senior FDA officials didn’t reprimand Huahai; they expected the company to resolve the problem on its own. Huahai didn’t. The agency didn’t try to identify any impurities at that point, and Huahai didn’t either. It wasn’t until a year later that another company—a customer of Huahai’s—found an impurity in Huahai’s valsartan and identified it as NDMA. That was when the FDA demanded drugmakers begin looking for NDMA in their valsartan. They found it again and again.

Quality-control problems in the generic drug industry go beyond the visible lapses. The valsartan recall has revealed the once invisible failures in the chemistry itself, sometimes undetected for months, maybe years. “Valsartan is just the one we caught,” says David Gortler, a former FDA medical officer and now a consultant focusing on drug safety. “Who knows how many more are out there?”

Where the FDA’s drug approval process is founded on testing and more testing, the regulatory system for generics is built on trust, specifically trust in manufacturers. Woodcock takes exception to that characterization—“In God we trust, everyone else has to bring us data,” she says—but it’s an accurate description of the complex global system that’s developed in the past decade. It’s designed to, above all, make and distribute drugs in a cost-efficient manner. It usually functions beyond view. Until there’s trouble.

Karen Brackman’s favorite color is purple. On her good days, she wears an amethyst ring, a purple fitness tracker, and purple-tinted sunglasses. Her toy poodle, which she brought home four years ago, is named Savannah. Her husband, whom she married 30 years ago, is named Tom. Her kids are grown. Her career as an executive assistant at a Nashville company ended happily 11 years ago, when she was 64. Her townhouse sits on Lot 26 of the Rockbridge Cove subdivision in the city of Murfreesboro, Tenn. Her painting studio is on the ground floor; Tom’s music studio is on the second. 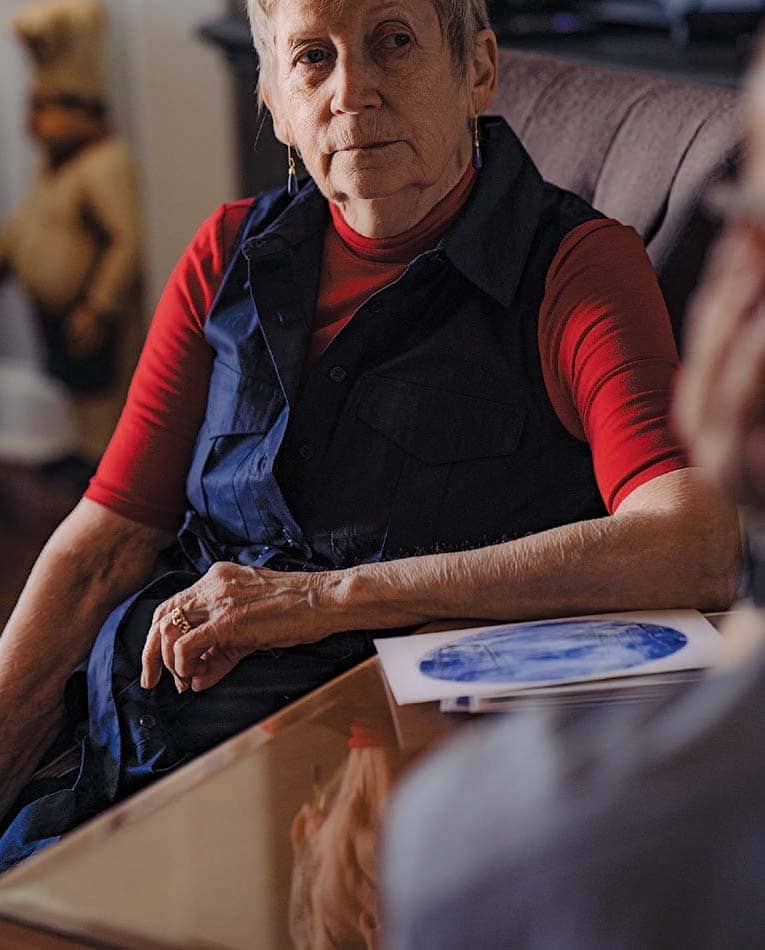 Brackman’s tumor is 5.5 centimeters in diameter. It looks like a black tennis ball and has taken over the left lobe of her liver. The doctor who found it in the spring of 2018 told her it’s very aggressive and rare. Then he said he was flabbergasted. She didn’t have a history of cancer. She didn’t have any risk factors for cancer. She’d had a mild stroke but was otherwise in pretty good health.

A possible clue to Brackman’s disease arrived in a one-page letter from Walgreens in July 2018. Valsartan, which she’d been taking daily for at least two years, was being voluntarily recalled by its manufacturer, which had detected “a trace amount of an unexpected impurity,” Walgreens said. “This impurity has been classified as a probable human carcinogen.”

The letter provided the name of the company behind the recall—Solco Healthcare U.S. Brackman had never heard of Solco. She did remember that a few years earlier, the shape of her blood pressure pills changed. Walgreens said her insurer required the pharmacy to change suppliers. She didn’t think any more about it at the time, but now it’s one of the things that makes her mad: She didn’t have a say.

Brackman found out that Solco is based in Cranbury, N.J., and owned by Huahai. The yellow oval pill she took every night was made in a factory in Linhai, in Zhejiang province, about three hours south of Shanghai by high speed train.

Linhai, which sits between Kuocang Mountain and the East China Sea, is a prosperous city known for having its own Great Wall and the country’s best mandarin oranges. It’s been an important center of trade since Japanese ships arrived during the Southern Song Dynasty a thousand years ago. More recently, Linhai’s economy has relied on the manufacturing of automobiles, eyeglasses, Christmas lights, chemicals, and pharmaceuticals.