The Old Boys Of LLOYD's 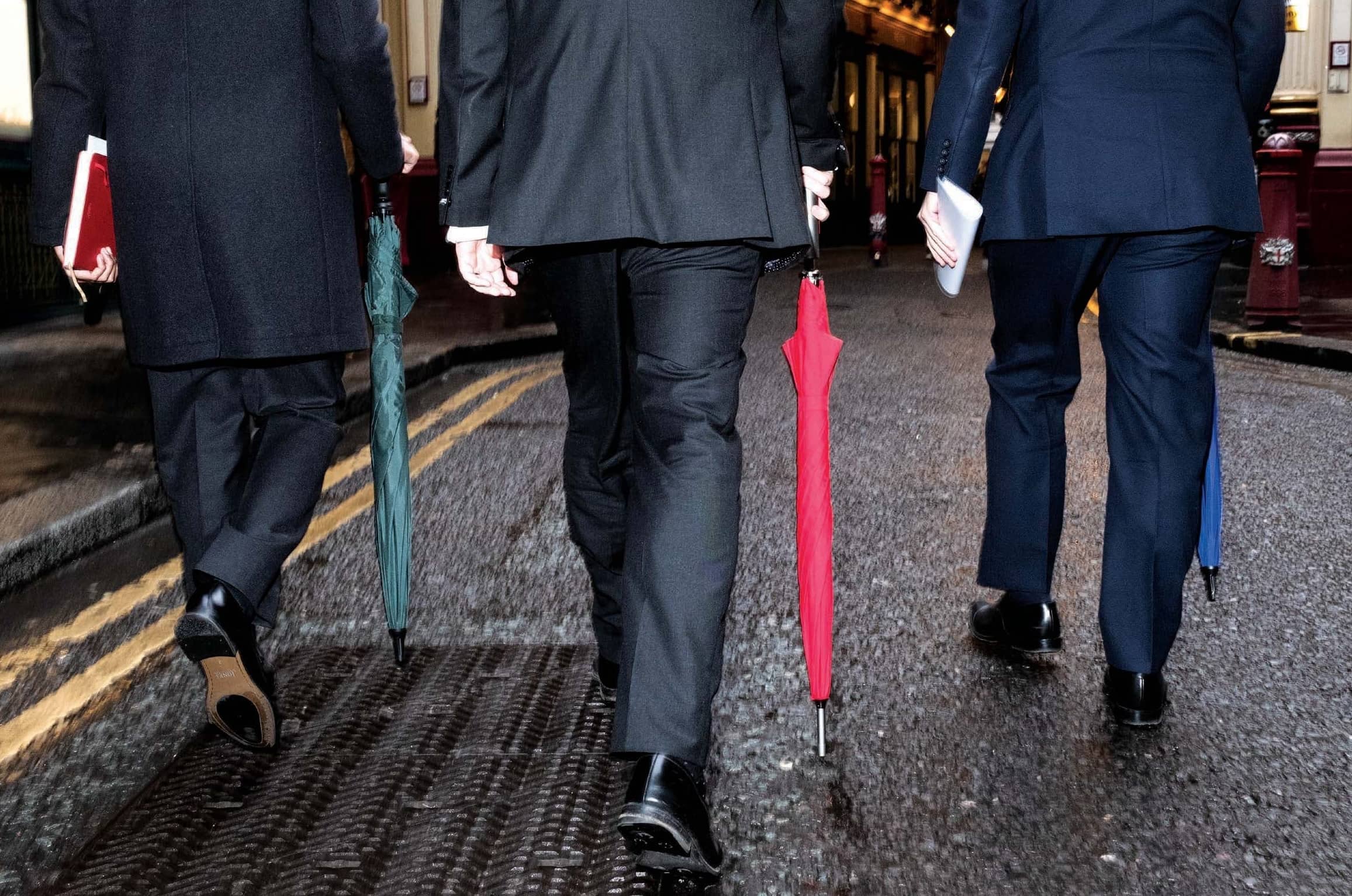 Here’s to tradition, say the daytime-drinking, sexual-harassing men of the london insurance market

Rising from the heart of London’s financial district along Lime Street is a tower so otherworldly that Marvel Studios cast it as an office building for a highly advanced civilization in the film Guardians of the Galaxy. The building’s guts—air ducts, stainless steel staircases, even power cables—are mostly on the outside, creating the futuristic looking facade. The reality within, however, is years in the other direction.

The tower’s iconic inhabitant, Lloyd’s of London, occupies the most archaic corner remaining in global finance, where life vacillates between the 17th century and the 1980s. Lloyd’s runs a 331-year-old exchange for the worldwide insurance market, not too dissimilar from the New York Stock Exchange of old. But while electronic trading has transformed exchanges across the rest of finance, including at the NYSE and the Chicago Board of Trade, the underwriters and brokers of Lloyd’s mostly do business the old-fashioned way: face-to-face, using rubber stamps, pens, and sheaves of paper. Thousands pack Lloyd’s cavernous trading floor in the well of the Lime Street tower’s 12-story atrium. Four additional open trading floors reach up the atrium’s sides like balconies over a noisy courtyard. The throngs work for insurers bidding to sell trillions of dollars in complex coverage to brokers representing the world’s largest corporations. If you fly on a commercial airliner, work on a deep-sea oil platform, or occupy a desk at a Fortune 500 company, you’re probably covered by a policy arranged through Lloyd’s.

Beyond the quaint nature of the trading, other rites date to the first exchange Edward Lloyd opened in a 1680s London coffee shop. When a ship is lost at sea, the event is recorded with a quill pen in a leather-bound ledger kept near the center of the main trading floor, which Lloyd’s calls the underwriting room. To mark major disasters that yield billions of dollars in claims, such as the terrorist attacks of Sept. 11 and the Indian Ocean tsunami of 2004, a man in a red tunic and white gloves rings a golden bell.

Other anachronisms are less genteel, including a deep-seated culture of sexual harassment—the full appalling range, from inappropriate remarks to unwanted touching to sexual assault. Bloomberg Businessweek spoke with 18 women who have more than 300 years of combined experience in the insurance market, and they described an atmosphere of near-persistent harassment. “It’s basically a meat market,” one industry insider says. After a harrowing experience that, she says, involved a senior manager drunkenly attacking her in a pub right around the corner from Lloyd’s, her employer convinced her it would be bad for her career to pursue a complaint. She’s since configured her professional life to stay away from the exchange. It’s a common choice among the women of London’s insurance market, and one reason the trading floor at Lloyd’s is a sea of men.

The vast majority of people who work at Lloyd’s are not employees of the exchange, which has a worldwide staff of about 1,000 people, but the norms of the insurance market are in part shaped there. Inga Beale tried to redirect the industry after becoming the first female chief executive officer of Lloyd’s in 2014. She pushed for modernization of technology, attitudes, and behaviors—and met resistance at every step. She left shortly before her fifth anniversary, last fall. Among the relative handful of women left in the industry’s senior executive ranks in London, many fear that even the modest advances achieved under Beale are in jeopardy. They fear that Lloyd’s, already a deeply backward-looking institution, might actually be on the verge of regressing. 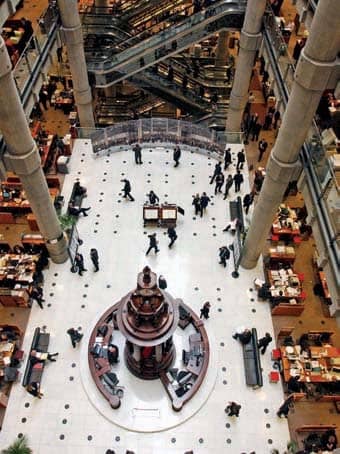 The men of Lloyd’s pride themselves on their dress. Well-tailored dark blue and gray suits are the norm, often with bold chalk stripes. One does not wear brown shoes. A code mandating suits was lifted last year, but it was clear on several recent tours of the trading floors that almost everyone still adheres to it. Some of the older underwriters wear brightly colored suspenders, or braces. Even by the standards of London’s financial district, the vibe is sartorially conservative.