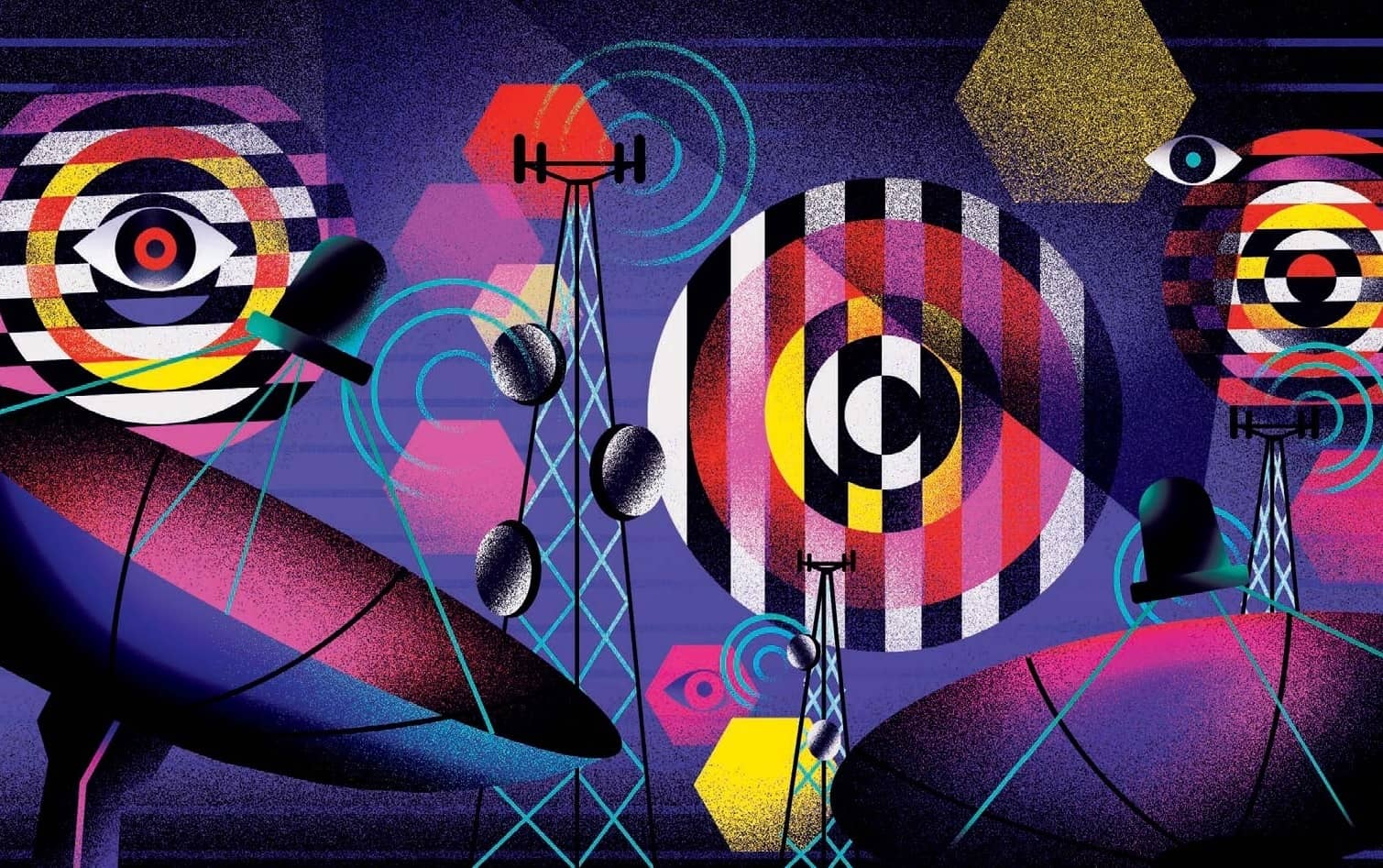 The documents began arriving in China at 8:48 a.m. on a Saturday in April 2004. There were close to 800 of them: PowerPoint presentations from customer meetings, an analysis of a recent sales loss, design details for an American communications network. Others were technical, including source code that represented some of the most sensitive information owned by Nortel Networks Corp., then one of the world’s largest companies.

At its height in 2000, the telecom equipment manufacturer employed 90,000 people and had a market value of C$367 billion (about $250 billion at the time), accounting for more than 35% of Canada’s benchmark stock market index, the TSE 300. Nortel’s sprawling Ottawa research campus sat at the center of a promising tech ecosystem, surrounded by dozens of startups packed with its former employees. The company dominated the market for fiber-optic data transmission systems; it had invented a touchscreen wireless device almost a decade before the iPhone and controlled thousands of fiber-optic and wireless patents. Instead of losing its most promising engineers to Silicon Valley, Nortel was attracting brilliant coders from all over the world. The company seemed sure to help lay the groundwork for the next generations of wireless networks, which would be known as 4G and 5G.

Back then, Ottawa, not traditionally (or since) known for its glamour, seemed full of sports cars, corporate jets, and even society scandals featuring tech CEOs. In 1999 the co-founder of Corel Corp., who’d gotten his start at Nortel’s precursor company, threw a gala at which his wife showed up in a C$1 million leather bodysuit with an anatomically correct gold breastplate and a 15-carat-diamond nipple. “You were just surrounded by the most interesting and intelligent people that you could find anywhere in the world,” says Ken Bradley, who spent 30 years at Nortel, including as a chief procurement officer. “Nobody would ever tell me I couldn’t do something.”

Nortel’s giddy, gilded growth also made it a target. Starting in the late 1990s, the Canadian Security Intelligence Service, the country’s version of the CIA, became aware of “unusual traffic,” suggesting that hackers in China were stealing data and documents from Ottawa. “We went to Nortel in Ottawa, and we told the executives, ‘They’re sucking your intellectual property out,’ ” says Michel Juneau-Katsuya, who headed the agency’s Asia-Pacific unit at the time. “They didn’t do anything.”

By 2004 the hackers had breached Nortel’s uppermost ranks. The person who sent the roughly 800 documents to China appeared to be none other than Frank Dunn, Nortel’s embattled chief executive officer. Four days before Dunn was fired—fallout from an accounting scandal on his watch that forced the company to restate its financial results—someone using his login had relayed the PowerPoints and other sensitive files to an IP address registered to Shanghai Faxian Corp. It appeared to be a front company with no known business dealings with Nortel.

The thief wasn’t Dunn, of course. Hackers had stolen his password and those of six others from Nortel’s prized optical unit, in which the company had invested billions of dollars. Using a script called Il.browse, the intruders swept up entire categories from Nortel’s systems: Product Development, Research and Development, Design Documents & Minutes, and more. “They were taking the whole contents of a folder—it was like a vacuum cleaner approach,” says Brian Shields, who was then a senior adviser on systems security and part of the five-person team that investigated the breach.

Years later, Shields would look at the hack, and Nortel’s failure to adequately respond to it, as the beginning of the end of the company. Perhaps because of the hubris that came from being a market leader, or because it was distracted by a series of business failures, Nortel never tried to determine how the credentials were stolen. It simply changed the passwords; predictably, the hacks continued. By 2009 the company was bankrupt.

No one knows who managed to hack Nortel or where that data went in China. But Shields, and many others who’ve looked into the case, have a strong suspicion it was the Chinese government, which weakened a key Western rival as it promoted its own technology champions, including Huawei Technologies Co., the big telecom equipment manufacturer. Huawei says it wasn’t aware of the Nortel hack at the time, nor involved in it. It also says it never received any information from Nortel. “Any allegations of Huawei’s awareness of or involvement in espionage are entirely false,” the company says in a statement. “None of Huawei’s products or technologies have been developed through improper or nefarious means.”

What isn’t in dispute is that the Nortel hack coincided with a separate offensive by Huawei. This one was totally legal and arguably even more damaging. While Nortel struggled, Huawei thrived thanks to its unique structure—it was privately held, enjoyed generous credit lines from state-owned banks, and had an ability to absorb losses for years before making money on its products. It poached Nortel’s biggest customers and, eventually, hired away the researchers who would give it the lead in 5G networks. “This is plain and simple: Economic espionage did in Nortel,” Shields says. “And all you have to do is look at what entity in the world took over No. 1 and how quickly they did it.”

Most people know Huawei for its cellphones. The company started selling cheap knockoff phones around 2004 and went on to produce models with top-of-the-line processors, big screens, and slick software. Today it’s No. 2—behind Samsung Electronics Co. and ahead of Apple Inc.— in the phone making business.

But Huawei’s real power lies in its control over the plumbing of the Digital Age. The company sells routers and switches that direct data, servers that store it, components for the fiber-optic cables that transmit it, radio antennas that send it to wireless devices, and the software to manage it all. It’s willing to build those networks pretty much anywhere on the planet, including Mount Everest, the Sahara, and north of the Arctic Circle.

Ren Zhengfei, a former military engineer, founded Huawei in 1987 in Shenzhen, China’s testing ground for capitalism. The government wanted to reduce the telecom sector’s almost-total dependence on foreign equipment, and Huawei was one of hundreds of companies that aimed to speed the process. Ren targeted China’s neglected rural hinterlands, where Huawei became an expert at supplying gear that was cheap, reliable, and easy to maintain.