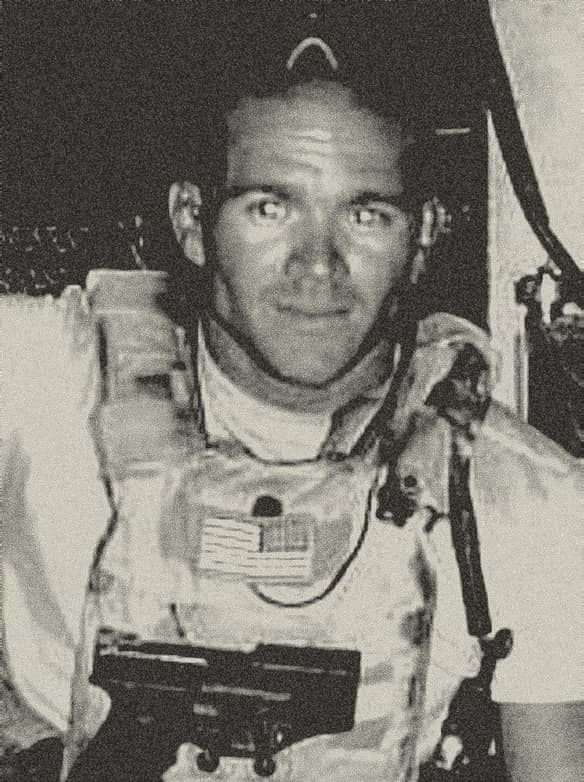 A former Green Beret and prolific Instagrammer signed a contract to, essentially, heist a whole country and turn it over to a new government. The results were embarrassing

Nelson Galvis slept through the first shots. His wife, an insom-niac, ran in from the other room and woke him up. Still groggy, the retired business professor stepped to the balcony of their eighth-floor apartment and peered into the 4 a.m. darkness of Macuto, a coastal Caribbean town 25 miles from Caracas. He had a long view of the shoreline, where he could see two boats, one of them flashing blue police lights, and a helicopter circling overhead. Drug seizure, he figured. More gunshots followed.

When Galvis looked again a couple hours later, as day broke on May 3, he could make out a dozen soldiers and police standing on a rock jetty on the beach, with several unmoving human forms at their feet. The state-owned TV news soon reported that authorities had captured foreign mercenaries who’d attempted a coup, but that didn’t make any sense. Macuto is pinched between steep mountains and the sea; any quick maritime getaway from the lone beach is easy to cut off. Besides, the purported firefight occurred directly behind a fortified government building, which a savvy team of infiltrators would’ve known to avoid. More likely, Galvis concluded, the Venezuelan government had staged a phony coup in an effort to unite its angry citizens against a common foe.

Once South America’s wealthiest country, Venezuela is now its poorest. With Earth’s largest oil reserves at his disposal during an unprecedented rise in oil prices, President Hugo Chávez had been able to lift millions of people out of extreme poverty before his death in 2013, but his successor, Nicolás Maduro, has plunged millions back into extreme hardship. Years of cheap crude have combined with inept governance and endemic corruption, some inherited from Chávez, to leave the local currency worthless and electricity, gas, and food scarce. By 2018 almost two-thirds of Venezuelans were reporting that they’d lost more than 24 pounds in the previous year, on average. Today, roughly 5 million of the country’s 30 million citizens have fled. Those who remain are under a strict Covid-19 lockdown.

Galvis, an outspoken critic of the Maduro government, says a hoax seemed to fit with its pattern of intimidation, obfuscation, and periodic crackdowns on dissenters. Fearing they might become targets, he and his wife packed their bags and hid out in a nearby apartment. “We are not dummies,” he says. But his confidence in his theory was challenged several hours later when an odd video began to ricochet around Twitter. The clip showed a fierce-looking man with an action-hero jawline leaning into the camera. It was Jordan Goudreau, a former U.S. Army Green Beret, now head of a Florida security firm called Silvercorp USA. He appeared to be somewhere in South Florida, 1,000 miles north of Venezuela, claiming credit for the raid.

The video played like an Instagram influencer’s first Hollywood screen test. Goudreau enunciated his words carefully. He called the mission Operación Gedeón, as in the biblical kingslayer who rallied an outmatched army. “Our units have been activated in the south, west, and east of Venezuela,” he told the camera. By his side was a flak-jacketed former Venezuelan military captain who said Chávez had once imprisoned him. He told the Spanish-speaking world their men planned to capture Maduro’s “criminal organization” and restore democracy.

But Goudreau’s plan to heist an entire country played out less like a biblical epic than a dark farce. His hapless team never got anywhere near Caracas. About the time his video went online, Venezuelan authorities claimed to have killed eight would-be rebels and would end up arresting 57 others. Two of the arrestees were Americans, ex-Army buddies of Goudreau’s who were captured at sea. Others were nabbed on land with a cache of weapons, radios, and black pickup trucks with guns mounted on their roofs. The Venezuelan government’s network of informants allowed police to anticipate the operation and quickly catch the invaders.

The video’s star wasn’t among those arrested. Pandemic travel restrictions had kept him in the U.S., according to news reports. Since the day of the raid, he’s gone dark, even as the Maduro government parades its Yankee prisoners around in orange prison jumpsuits. Far from the image Goudreau presented to a small army of Instagram followers—shirtless selfies, a security gig at a rally for President Donald Trump, videos of cyborg-speed treadmill runs—he’s sequestered himself in Florida.

The Trump administration no longer recognizes Maduro as the rightful president of Venezuela, and hasn’t responded to his government’s demands to extradite the mercenary influencer. But at a press conference on May 6, U.S. Secretary of State Mike Pompeo denied Venezuela’s allegation that Goudreau was operating on behalf of the U.S. government, which has offered a $15 million bounty for information leading to Maduro’s arrest on drug-trafficking charges. “If we had been involved, it would have gone differently,” Pompeo said.

What the hell was Goudreau thinking? He didn’t respond to repeated requests for comment for this story. U.S. government records and interviews with more than a dozen of his close associates, friends, and family members, as well as eyewitnesses to key events, suggest even he might not be entirely sure.

Goudreau was born in Canada in 1976. He grew up in Calgary, enthralled by family war stories. His great- grandfather was a decorated World War I medic, his grandfather a World War II infantry sergeant- major. While dreaming of his future military exploits, Goudreau drew comic books about ninjas and practiced judo religiously, according to his father, Paul. In 1998 the younger Goudreau obtained a computer science degree at the University of Calgary while serving in the Canadian military reserves. He obsessed over the prospect of joining the elite U.S. Navy SEALs until he learned pay rises faster in the Army.

After graduation, Goudreau moved to the affluent Washington suburb of Silver Spring, Md., where he stayed with and worked for his mother’s cousin Donald Ian MacDonald, who’d been a drug policy adviser in the Reagan White House. MacDonald’s wife, Bobbie, says Goudreau was a lousy houseguest. Picking up groceries for the family was beneath him, and he didn’t just leave the toilet seat up, he’d argue about it with her. “He was just arrogant,” she says.

Overconfidence didn’t hurt Goudreau’s plans. He enlisted in February 2001, shortly after obtaining U.S. citizenship, and qualified for the U.S. Army Special Forces (aka the Green Berets) around the time the second Bush administration ordered the invasion of Iraq. He deployed to Iraq and Afghanistan four times in the next 15 years as an infantryman and a medical sergeant, earning three Bronze Stars for distinguished service in combat. “He was a grounded guy,” says Drew White, a close friend and former business partner. Sure, Goudreau might exaggerate his badassness—a story about a firefight could turn 20 Taliban fighters into 100—but he was hardly the worst offender on that front, White says.

Other former comrades remember Goudreau differently. One describes him as both a talented marksman who could snipe target three-quarters of a mile away and a reckless thrill-seeker who put friends’ lives at risk. A former Green Beret, who spoke on condition of anonymity for fear of harming his career, recalls Goudreau almost colliding with him while skydiving because he wasn’t paying attention to his surroundings. Goudreau later apologized, but it didn’t seem sincere. “My personal opinion of that guy is nothing is ever genuine,” the veteran says. “What do you call a guy who believes his own lies?”