The Meat of The Problem 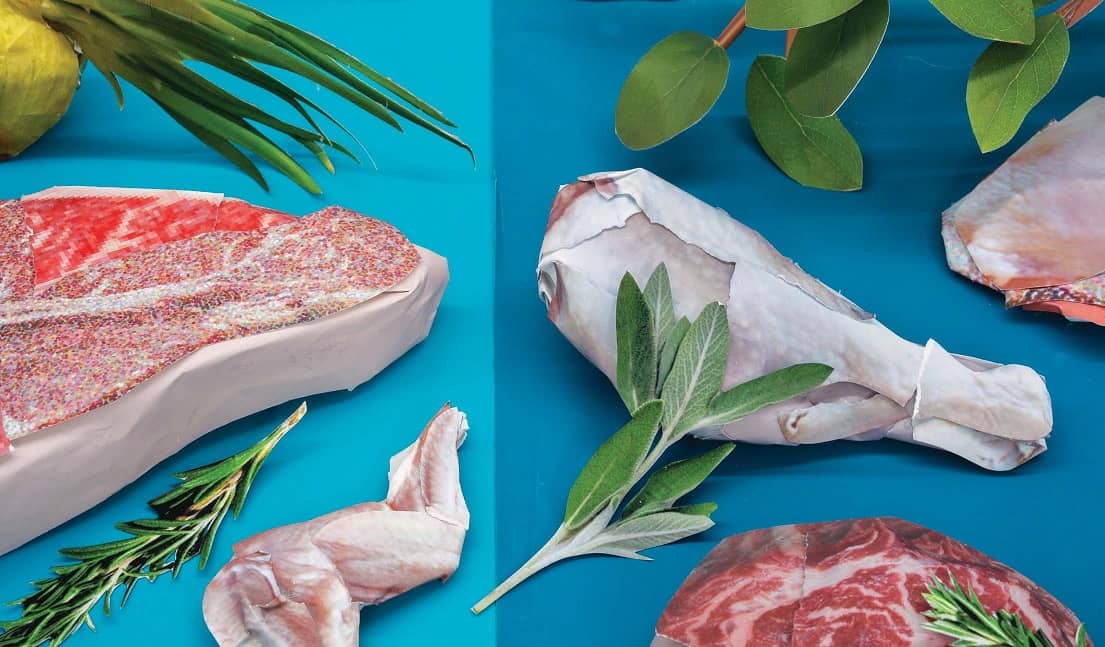 Workers in this hyper-concentrated, functionally unregulated industry are extremely vulnerable to the pandemic

Stephanie Morales was weighing her coronavirus symptoms against an 8-pound hunk of fancy steak. That Saturday in April, her bosses at the JBS meatpacking plant in Cactus, Texas, had promised their 3,000 employees that anyone who worked that day would receive half of an Angus rib-eye. At the typical $9 a pound or more, this bonus equaled at least half a day’s wages for her and many other workers at the plant, where the pay starts at $16.20 an hour. She decided she couldn’t pass up the deal. Morales, 25, had had a fever the previous weekend, and that Thursday she’d vomited at the plant during her break. But when she went to see the nurses, they took her vitals, said she was fine, and sent her back to work. Morales planned to tough it out.

“I wasn’t going to get tested, because on Saturday they were going to give out half a slab of rib-eye, and I really wanted it,” she says. “I thought, I’ll get tested on Monday.” Morales says her husband eventually talked her into getting screened that Friday. She tested positive for Covid-19 and didn’t get to collect the prized meat, though she did make a full recovery. Two months later, there were six Covid-19 deaths associated with the plant and more than 900 infections. (The company disputed those numbers but did not provide its own.) While this was going on, managers at multiple JBS plants were promising $600 to workers with no unexcused absences.

Throughout the industry this spring, bonuses of steak and cash were instrumental in keeping workers on the job as the coronavirus rampaged through U.S. meatpacking plants. The payouts forced people on the lowest rung of the economic ladder to assess their pocketbooks against the health of their families and themselves. Yet when the U.S. Centers for Disease Control and Prevention told JBS and other meatpackers to stop offering incentives based on attendance, lest employees come to work sick, the companies didn’t listen. Why should they? The CDC has no legal authority over the industry, so even in the grip of the pandemic, adherence to its directives was purely voluntary. “CDC was requested to do initial inspections and offer recommendations,” wrote Jason McDonald, a CDC spokesman, in an emailed response to questions. Any follow-up inspections would have to be done by other agencies, he wrote. Asked about the CDC’s report, JBS said bonus eligibility was not tied to sick days. “Throughout this pandemic, we have prioritized team member health and safety above everything else,” a spokesperson wrote in an emailed response.

The federal agency that does have the power to regulate conditions in meat plants is the Occupational Safety and Health Administration, part of the Department of Labor. But with its staff cut by the Trump administration and its inspection activity sharply curtailed, the agency hasn’t issued a single enforceable order for what meat plants should do to prevent workers from contracting Covid-19. As usual, meatpacking companies are on their own, unencumbered by regulators they’ve assiduously kept at bay.

Together, JBS SA and three other big U.S. producers, Tyson Foods, Cargill, and National Beef, control more than 80% of the U.S. beef market. There have long been allegations of price-fixing, driving up costs at the supermarket. For the past decade, meatpackers and processors have spent close to $5 million annually on lobbying, up from only $542,000 in 1999. The industry spent $1.3 million on the 2018 election, with two-thirds of that going to Republican candidates, according to an analysis of campaign finance data from the Center for Responsive Politics. After Tyson ran full-page newspaper ads and a statement on its website warning of food shortages if meat and poultry plants were forced to shutter, President Trump signed an executive order to keep them open.

In the interest of averting cases like Morales’s, the CDC warned JBS on April 20 to stop offering inducements for workers to come in, but JBS ultimately didn’t follow the agency’s advice. OSHA, for its part, ordered its staff in April to do in-person inspections only of hospitals and other front-line facilities during the pandemic—not meat plants—because health-care employees and first responders were deemed to be the only workers at sufficient risk of contracting the virus to warrant immediate investigation. All other OSHA probes were to proceed by phone and fax. Even in normal times, OSHA and its state partners have just 2,100 inspectors, who are responsible for the well-being of 130 million U.S. workers at more than 8 million worksites. That translates to one compliance officer for every 59,000 workers.

All the while, Americans demand meat, consuming about 224 pounds per capita a year at very low prices. The pandemic has done nothing to quell that hunger, even though 98 meat industry workers have died from the coronavirus and about 27,000, almost 1 in 20, have gotten sick, according to the Food and Environment Reporting Network, a nonprofit news organization. Sales have skyrocketed during the pandemic, rising 51% by dollar amount and 37% by volume year over year for the week ended May 3.

A safer, less deadly meat industry could be fashioned through widespread legislative and regulatory reform. Consumers, too, could force change with mass boycotts—or if they were willing to spend more money on less meat. But in the absence of pressure, the industry has no incentive to change. Covid-19 has become just another workplace hazard in one of America’s deadliest industries.