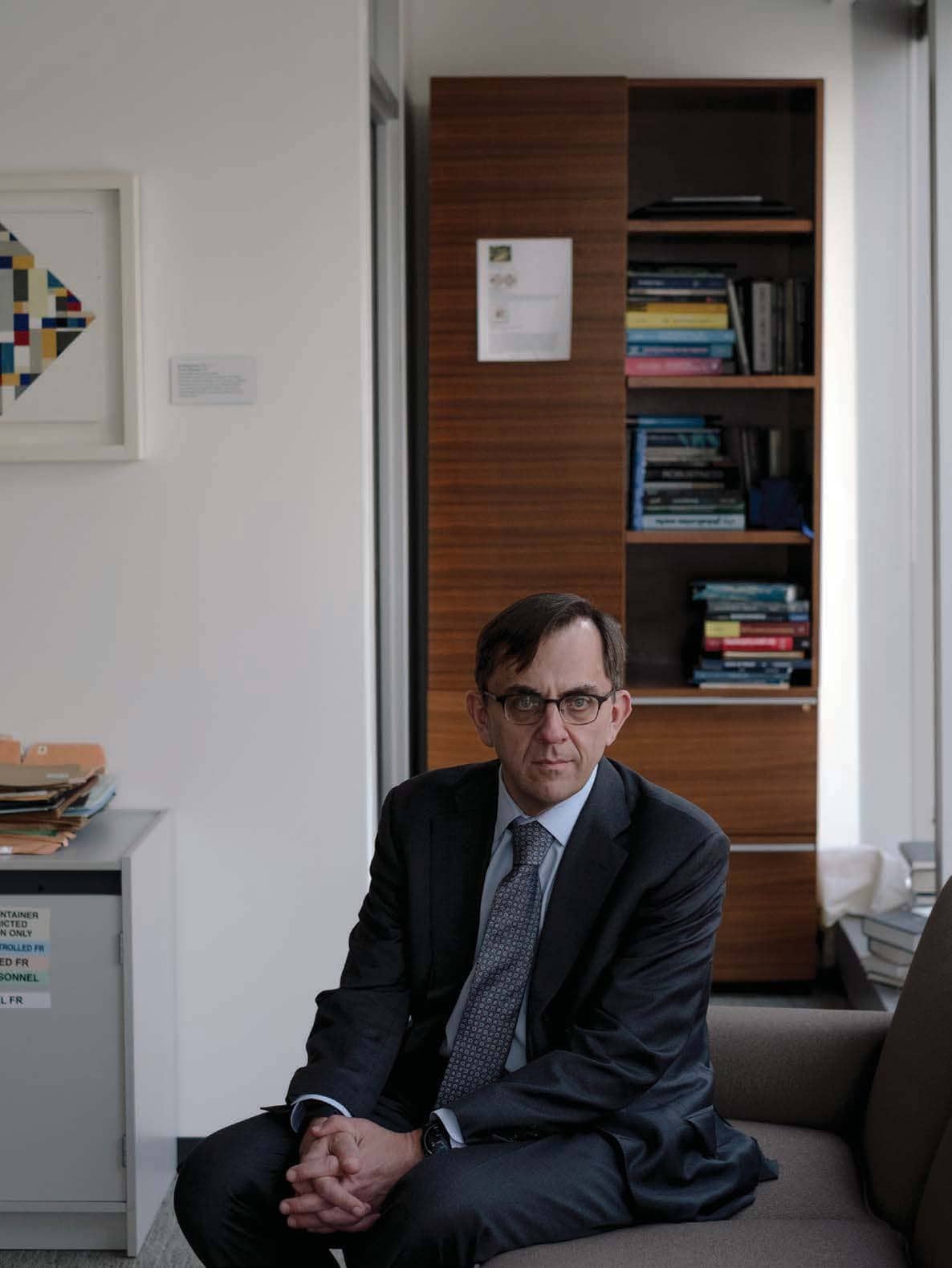 Andreas Lehnert reads up on airline crashes, plagues, and nuclear disasters to figure out where the next crisis could come from

A red alert sounded at the Federal Reserve in midMarch when Americans began pulling out of prime money-market funds, one of the safest places to park cash. As policymakers cut interest rates to near zero, it quickly became clear that they’d need to get creative, and fast, to prevent a shutdown in the flow of credit.

Fed Chair Jerome Powell and his board called on Andreas Lehnert and his 50-person team at the Division of Financial Stability. Known as FS inside the Fed system, the division started in 2010 with a staff of just four. The division spent much of the ensuing decade looking at fragilities in the financial system that could lead to a full-scale breakdown in moments of stress. So when Covid-19 hit and widespread lockdowns of every type of business threatened a sudden halt in the flow of money, Lehnert and his colleagues were prepared.

“Chair Powell’s instructions to us were that the system is going through a world historical crisis,” so the response needed to be commensurate, says Lehnert. The marching orders were “pretty crisp and clear,” he says: Try to avert permanent job losses as the economy went through a slide in activity, before the eventual rebound. “We sketched out what is every job that is out there,” he says, “and what would be a facility that would address those employers.”

Just two days after the Fed cut its benchmark rate in a hastily convened Sunday meeting on March 15, it rolled out the first of several lending programs that Lehnert and his colleagues had developed, drawing on blueprints from the 2008 crisis. By the end of the month, most of what would eventually total nine separate facilities had been unveiled, providing backstops for everything from the corporate bond market to money-market mutual funds to companies selling short-term securities to manage their cash flow. While some of the programs have had a slow start, nobody is suggesting that they’re no longer needed.

The plans were coordinated from a makeshift office Lehnert set up in his suburban Virginia home. Often fueled with oatmeal and almond butter and kept alert by means of caffeine, pushups, and hilly runs, the 51-year-old starts his workday around 7 a.m. and ends it late at night. The soundtrack from the musical Hamilton is usually playing somewhere in his house as he works. His wife reminds him to air out his room, which he likes to keep toasty.