The Economic Pain Is Mild, So Far 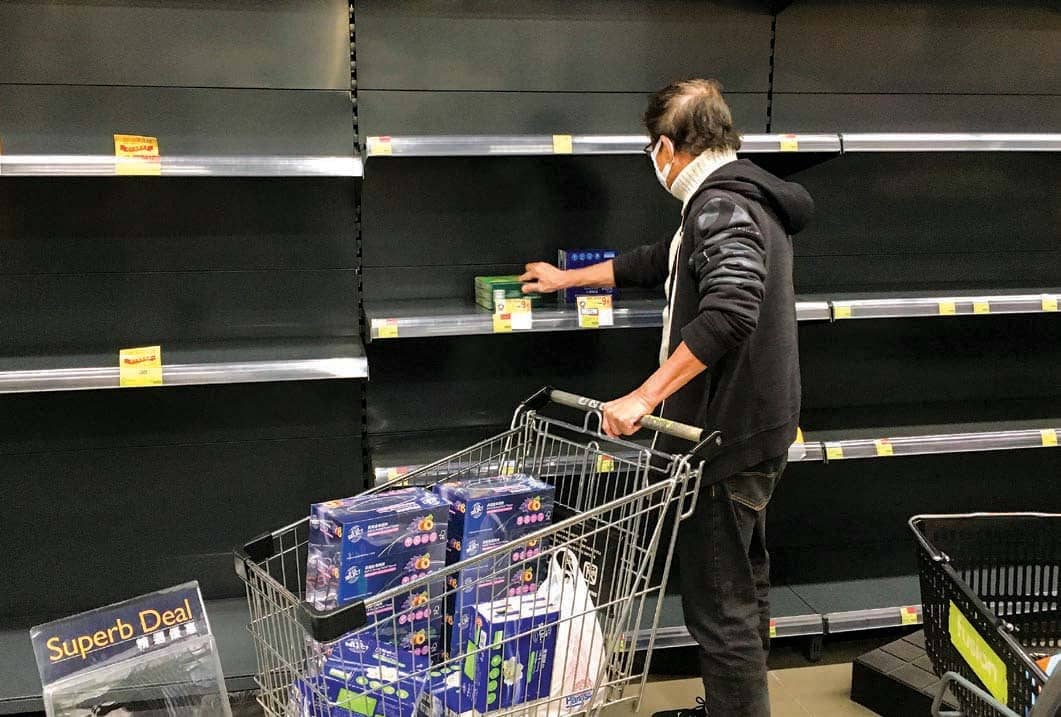 But no one knows how bad the outbreak will be, and the damage to globalization could linger

For businesspeople around the world, the new coronavirus that sprang from China is producing a severe case of cognitive dissonance. Their eyes are telling them things are bad: rising fatalities, history’s biggest quarantine, sealed international borders, broken supply chains, shuttered businesses. But economists are telling them the epidemic will lower China’s 2020 economic growth by just a couple tenths of a percentage point and global growth essentially not at all.

So, which is it, a global crisis or a tempest in a Wuhan teapot? A lot hangs on the answer.

The oddly calm economic forecasts are based on the assumption that the draconian measures imposed around the world to isolate the sick and the potentially exposed will succeed in killing off the outbreak, at which point there will be a sharp economic recovery. That’s what happened after the 2002-03 outbreak of a closely related coronavirus that caused severe acute respiratory syndrome (SARS).

The base case of the professional economists at Bloomberg Economics is that China’s gross domestic product will expand 5.7% in 2020, vs. a pre-epidemic forecast of 5.9%. In their “prolonged outbreak” scenario, with containment not occurring until the second quarter, the economy grows just a tad less— 5.6%. “Outside China and a few close neighbors, the impact would be difficult to see in the full-year growth data,” the economists wrote on Jan. 31.

This quick-bounce-back scenario may well turn out to be correct. While the number of new infections continues to rise, the daily rate of increase in China seems to have shrunk a bit if the numbers can be trusted. “There’s some reason for optimism, but it’s not conclusive at this stage,” said Michael Gapen, head of U.S. economics research for Barclays Investment Bank, on Feb. 3. “This week and next week are probably the most crucial.”

There are a lot of ways things could sour. The virus might spread more than expected, flaring up in countries that are less capable or less willing than China to impose a stringent cordon sanitaire. Businesses built to survive brief disruptions will go bankrupt if the epidemic drags on. And in the long run, even after this epidemic ends, it could leave scars, particularly in China itself. Corporate executives will be less keen to do business with the world’s workshop if it’s also perceived as the world’s incubator of deadly viruses.

Right now no one can be sure which way the story will go, as forecasters are the first to admit. “Rapid containment and escalating contagion are both possibilities, and would result in widely different growth forecasts,” the Bloomberg Economics forecasters, Chang Shu, Jamie Rush, and Tom Orlik, wrote in their Jan. 31 report.