The Dollar Is Conquering Venezuela 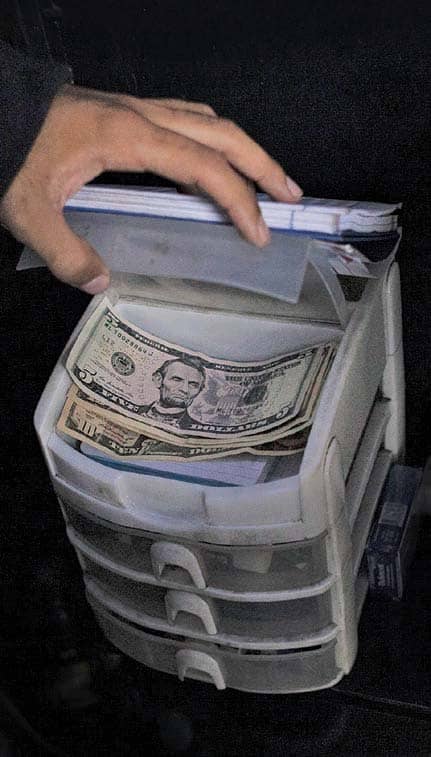 U.S. dollars are everywhere in Venezuela, and suddenly that’s a problem.

The greenback is steadily gaining ground in this inflation-wracked country, where a single dollar buys about 70,000 bolívars on the black market. That’s creating challenges for local businesses, because Venezuelan banks are barred from offering foreign currency accounts.

For safekeeping, an insurance saleswoman in the western town of San Cristóbal tapes stacks of dollars from clients to the inside of a toilet tank in her office bathroom. A general contractor, unable to wire cash into his accounts in the U.S., flew his elderly mother and wife from Caracas to Miami with $9,900 of cash each, just under the limit required for reporting money to U.S. customs authorities.

“This is money earned through legal means yet in a currency that exists entirely outside the country’s constitutional order. This isn’t money laundering,” says Luis Godoy, a former deputy chief of the judicial police who now works as a security consultant. “You have to wonder how many people right now have money stacked inside their homes like Pablo Escobar.”

The collapse of the bolívar, which shed 99% of its value against the dollar in 2019, mirrors that of the Venezuelan economy, which has endured 21 consecutive quarters of decline. The crisis has been aggravated by international sanctions that prohibit exports of oil to the U.S. and cut access to external financing. While inflation has abated somewhat, largely through severe restrictions on lending, it remains the highest in the world, at an estimated annual rate of 6,567%, according to Bloomberg’s Cafe Con Leche Index. A year ago a cup of coffee cost 450 bolívars; at the end of last month it was 30,000 bolívars.