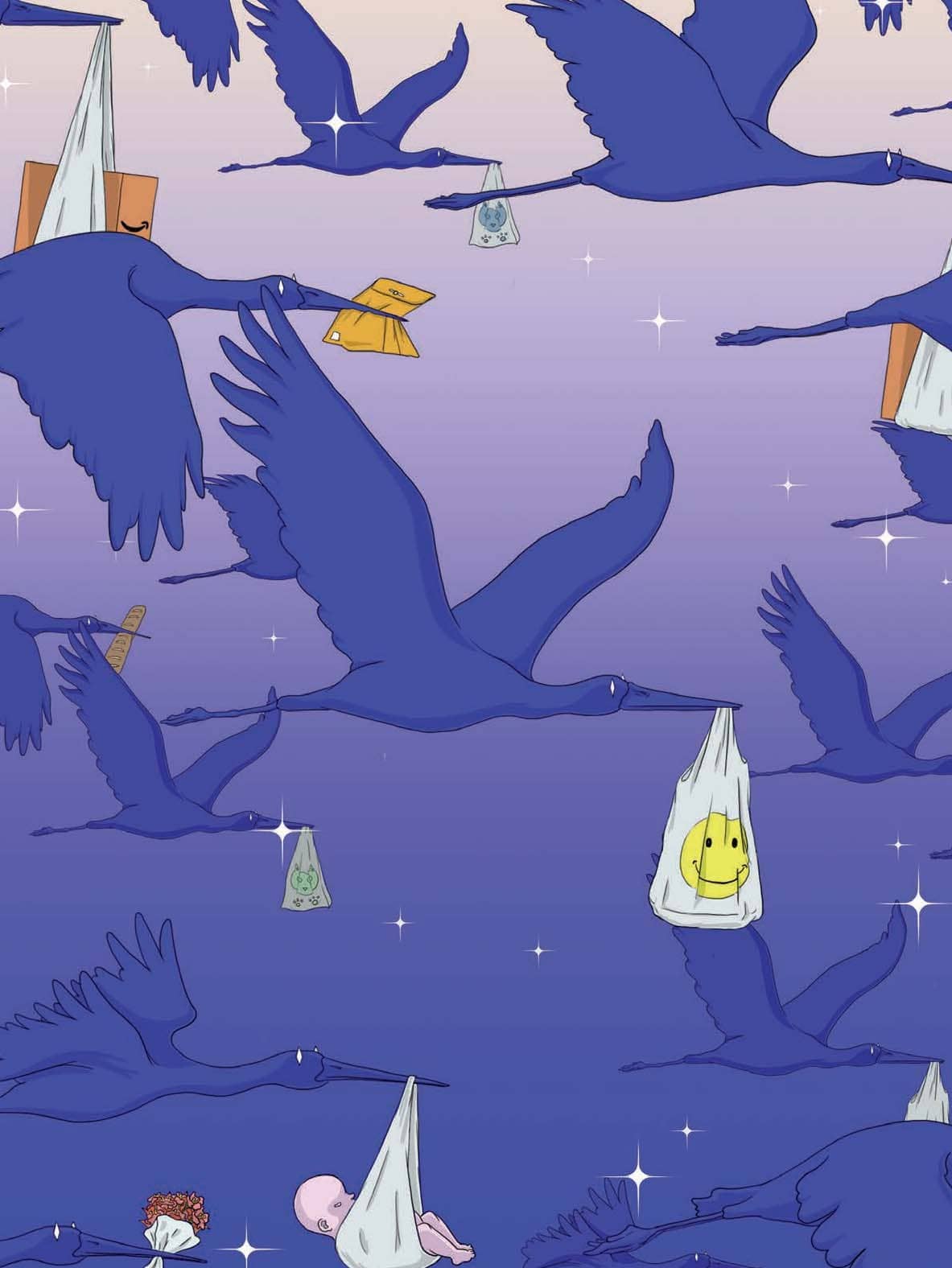 The Covid-19 crisis may leave a lasting imprint on U.S. fertility trends, taking a toll on growth

Pandas and white rhinos aren’t the only creatures that are unsuccessful at mating in captivity. The folk wisdom that humans will copulate when left with nothing else to do—dubbed the blackout babies theory—surfaces regularly in the immediate aftermath of disasters, but the baby boom never materializes.

The Covid-19 pandemic spawned predictions that stay-at-home orders would eventually deliver a baby bump. Yet far from having more children than usual, Americans are expecting fewer.

In bedrooms across the U.S., couples are making decisions that, in the aggregate, could prove as consequential for the long-term health of our economy as those taken by policymakers in Washington. Fewer children now means fewer consumers, workers, and taxpayers in the future. In other words, a smaller economy than otherwise—though also a smaller environmental footprint, which brings its own rewards.

Wolfgang Lutz, an Austrian demographer, warned in 2006 that European nations were at risk of falling into a “fertility trap” in which there are fewer women alive to have babies; smaller families become the social norm; and low population growth reduces economic growth, fostering a pessimism that further suppresses the birthrate. It appears that Denmark, among others, has taken Lutz’s message to heart. A public service announcement urges older Danes, “Send your child on an active holiday and get a grandchild within nine months.”

At the time Lutz raised the alarm, the U.S. seemed well clear of such a trap, with a total fertility rate of 2.1 children per woman, what demographers call the replacement rate, vs. 1.5 for the European Union. 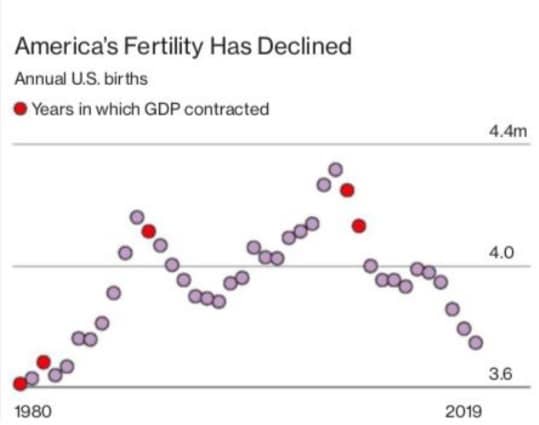 Unromantic as it sounds, planning a family is a numbers exercise that factors in the age of the would-be mother, access to affordable child care, college costs, income, and job security. Toss in a national health emergency and an economic crisis that invites comparisons to the Great Depression, and the benefits of parenthood no longer pencil out for many. The Guttmacher Institute surveyed about 2,000 American women in late April and early May and found that 34% wanted to delay pregnancy or have fewer children as a result of the pandemic. That outweighed the 17% who said they wanted children sooner or more of them.

In June the Brookings Institution released a study predicting the U.S. is headed for “a large, lasting baby bust.” Its researchers forecast there will be 300,000 to 500,000 fewer children born in the U.S. in 2021 than there would have been absent the crisis, which amounts to a decrease of roughly 10% from 2019. That means the number of babies never born is likely to greatly exceed the number of Americans who’ve died from coronavirus, which is now about 150,000. The effect on population will be longer-lasting as well: Many of the babies who aren’t being born would have lived into the 22nd century.

“A lot of people I know at work and friends are saying they don’t want to have children until this is over,” says Tori Marsh, director of research at GoodRx Inc., a price-comparison and coupon site for prescription drugs based in Santa Monica, Calif. Marsh, 29, postponed her wedding, which had been scheduled for November, because of the pandemic. “It is definitely pushing back the timeline” for babies, she says.

If couples fully make up for lost time by having more children later, this drop in the birthrate will end up being just a blip. But demographers predict that many, if not most, of the births that are delayed will never be made up. “There is this Panglossian narrative that delayed births will tend to recover, but statistically it doesn’t happen,” says Lyman Stone, chief information officer of Demographic Intelligence, a consulting firm whose clients have included Procter & Gamble and JPMorgan Chase.