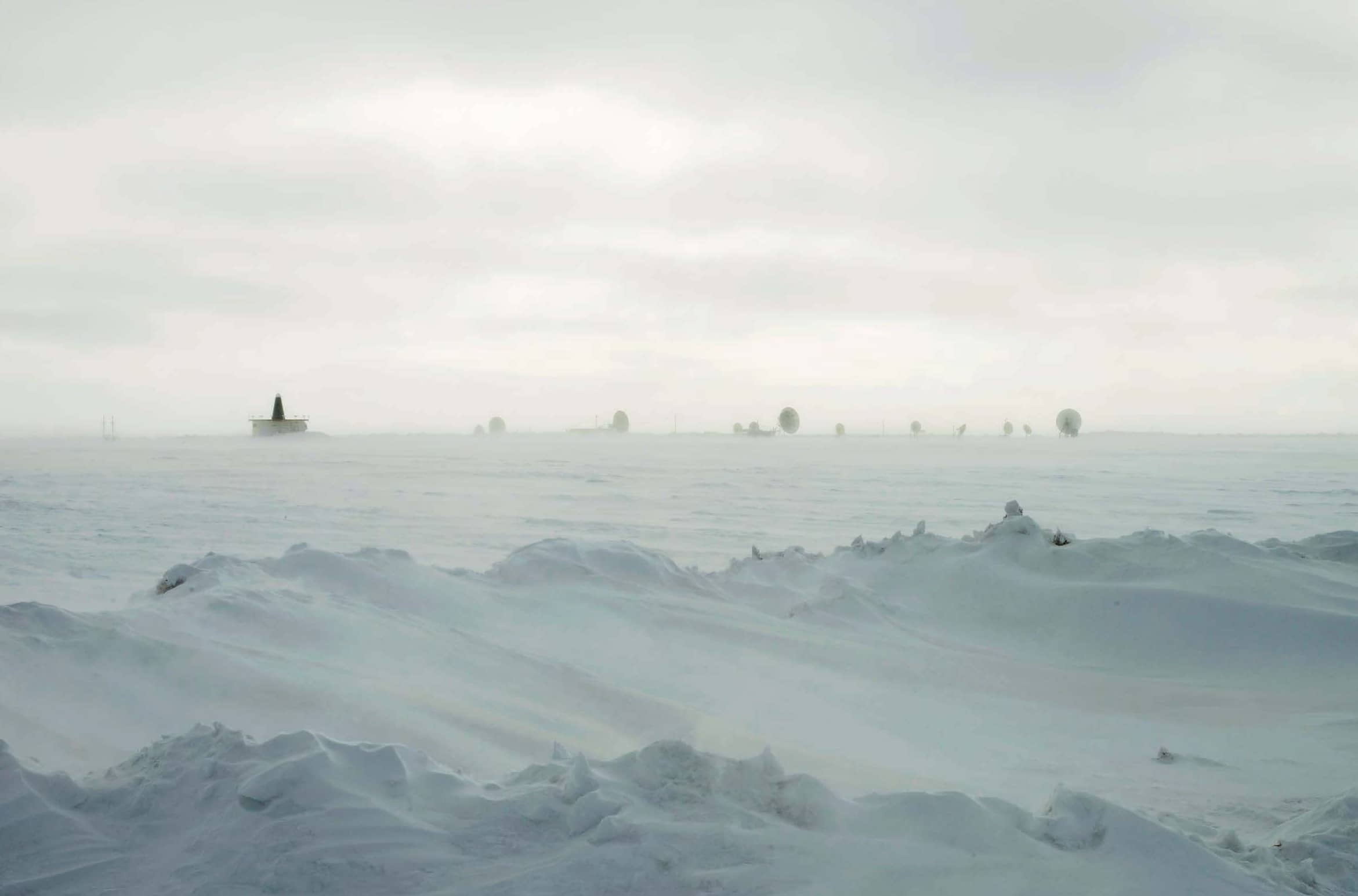 Elizabeth Pierce promised to bring superfast internet cables through the Northwest Passage and managed to scam a billionaire oligarch the CEO of Warner Music Group, and the FCC chairman.

When he discovered that the ship’s underwater plow was stuck at the bottom of the Arctic Ocean, 50 miles off Alaska’s coast, Frank Cuccio thought of Ernest Shackleton. In October 1915, the British explorer was forced to make a desperate escape from the Antarctic after pack ice and floes crushed his ship, the Endurance. The vessel Cuccio was aboard, the Ile de Batz, had been laying fiber-optic cable along the inhospitable route known as the Northwest Passage. But the Ile de Batz’s 55-ton excavator, which had been cutting a trench for the cable, had dug too deep in the hard-clay seabed. If they didn’t unclench it fast, the ocean surrounding them would soon freeze. “I realized we don’t have time to fool around, or we’re going to get trapped in a Shackleton situation,” Cuccio recalls. “The weather was getting uglier, and other ships had been gone for weeks.”

Cuccio worked for Quintillion Subsea Holdings LLC, a telecommunications startup in Anchorage that was trying to build a trans-Arctic data cable it said would improve web speeds for much of the planet. This idea captivated the public, but by the time the Ile de Batz’s plow got stuck, in September 2017, the company was struggling. Co-founder Elizabeth Pierce had resigned as chief executive officer two months earlier amid allegations of fraud.

Pierce had raised more than $270 million from investors, who’d been impressed by her ability to sign up major telecom services contracts. The problem was that the people on the other side of those deals didn’t remember agreeing to pay so much—or, in some cases, agreeing to anything at all. An internal investigation and subsequent federal court case would eventually reveal forged signatures on contracts worth more than $1 billion. In a statement about the controversy, a Quintillion spokesman said, “The alleged actions of Ms. Pierce are not aligned with how Quintillion conducts business. Quintillion has been cooperating fully with the authorities.” Pierce, through her lawyer, declined to comment.

The company resolved the Ile de Batz crisis, coordinating with Cuccio and dozens of partner engineers and divers to hoist the plow from the depths. But it’s unclear whether Quintillion’s business will find momentum again. Pierce is serving a five-year prison sentence after pleading guilty to one count of wire fraud and eight counts of aggravated identity theft. The U.S. Department of Justice has said it believes nearly all the investment capital she secured was acquired fraudulently. The company is trying to repair its reputation while planning the extension of its internet pipeline from Asia to Europe. “I don’t care what Elizabeth’s original plan was,” says George Tronsrue, the interim CEO. “Short of the headlines she grabbed with her bad behavior, she’s irrelevant to Quintillion’s future.”

Much of Pierce’s behavior, though, wasn’t so different from that of other tech founders and CEOs who promised vast rewards right over the horizon. A Bloomberg Businessweek review of hundreds of pages of court documents, as well as interviews with three dozen people familiar with Pierce’s Quintillion fraud, suggest that her ability to conjure up a Shackleton-esque vision of achieving the impossible proved as captivating as her forged signatures. “Elizabeth was so committed to making Quintillion successful that she just dreamt all this shit up,” says a former company executive, who, like many sources, spoke on the condition of anonymity for fear of retaliation. “The question is not why Elizabeth did it, but rather, how did she think she’d get away with it?”

Arctic fiber has been an entrepreneurial fantasy for decades. Soaring demand for broadband helped drive companies, including Google, Facebook, and Amazon.com, to spend tons on highspeed underwater cables that keep customers watching Netflix and YouTube with minimal delay. But many of those lines run in parallel in the Atlantic and Pacific along well-established ocean routes, leaving the world’s internet vulnerable to earthquakes, sabotage, and other disasters both natural and human-made. A trans-Arctic route would help protect against that while offering a shorter path, potentially making internet speeds much faster.

From Quintillion’s inception in 2012, Pierce focused her ambitions on her home state of Alaska. The state’s satellite internet was slow and expensive. In the lower 48, connections approaching 1 gigabit per second hover around $70 a month. Rural Alaska customers could pay double that for dial-up speeds. “If you wanted to watch Game of Thrones, you’d be better off getting a friend to record it on a CD and mail it,” says Quintillion engineer Daniel Kerschbaum.

In theory, this meant a big opening, particularly as climate change warmed open more paths for construction in the Arctic. Pierce and her co-founders, who all had experience working at Alaskan telecom companies, figured they could develop faster, fiber-based broadband and then sell it wholesale to local internet service providers. The team spent most of 2013 conducting research, assessing environmental concerns, and negotiating cable routes with indigenous tribes. Even without completing any intercontinental routes, wiring Alaska for fiber would end up requiring 14 ships and 275 government permits and right-of-way authorizations. “The dream of a Northwest Passage makes sense on paper,” says Tim Stronge, vice president for research at the consulting company TeleGeography. “But it’s so hard to get funding.”

After Pierce met a Canadian father-son entrepreneur duo named Doug and Mike Cunningham, who were pursuing a similar network with their startup, Arctic Fibre Inc. (AFI), they decided to form a partnership. The Cunninghams said they could raise $640 million and committed to overseeing the international portion of a 9,500-mile cable that would run from Japan to England. Quintillion would be responsible for Alaska, arguably the most difficult segment. 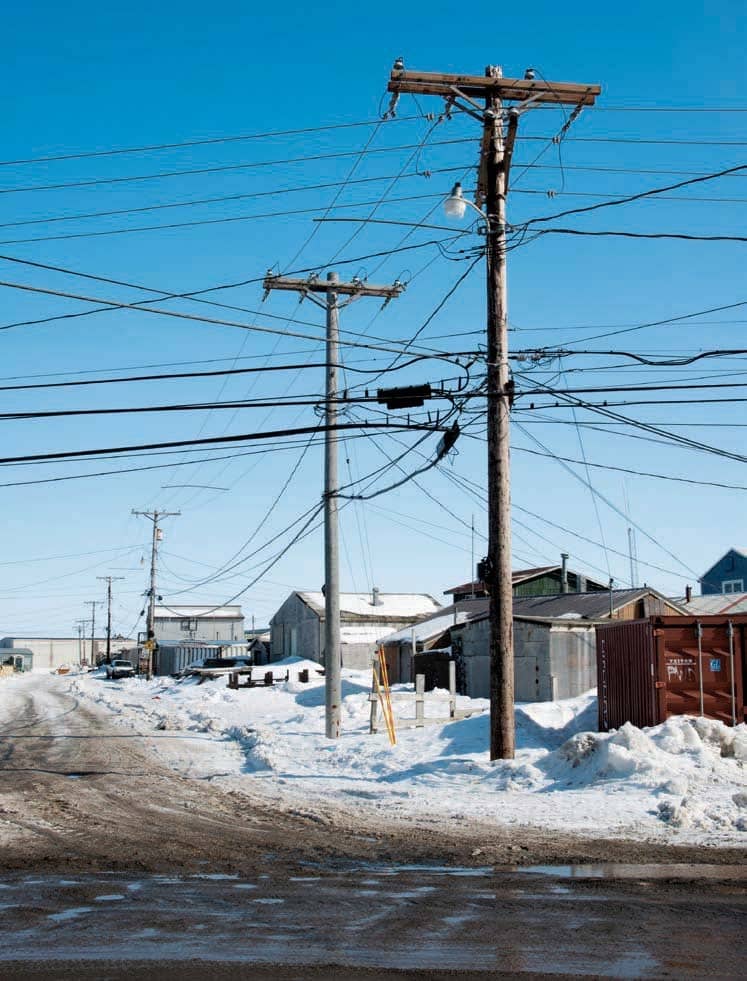 Pierce, with her blonde bangs and Quintillion-branded puffer vests, looked like a friendly-yet stern camp counselor. People close to the former CEO say she could be aggressive in business dealings, perhaps a result of her years working with Alaska labor unions on contract negotiations in the 1990s.

This style—my way or the Dalton Highway—extended outside the company, too. In 2014, Quintillion filed a defamation lawsuit against a telecom lobbyist in Juneau for allegedly calling the business a “big scam” in an email to a customer. At an industry conference, one attendee recalls making a joke to friends that Arctic cables felt as sci-fias a Jules Verne novel. After she heard the comparison, Pierce confronted this attendee. “I’d never even met Elizabeth,” this person says. “My comment was so trivial, but she was really angry and defensive. She seemed under a great deal of stress.”

No major venture capital firm invested in the Quintillion-AFI project prior to 2015, according to court documents. The market of teeny Arctic communities didn’t seem to justify the huge upfront expense, one reason Quintillion’s rivals in Alaska mostly used satellites and microwave antennas, rather than fiber lines, to reach low-population centers in a state more than twice the size of Texas.