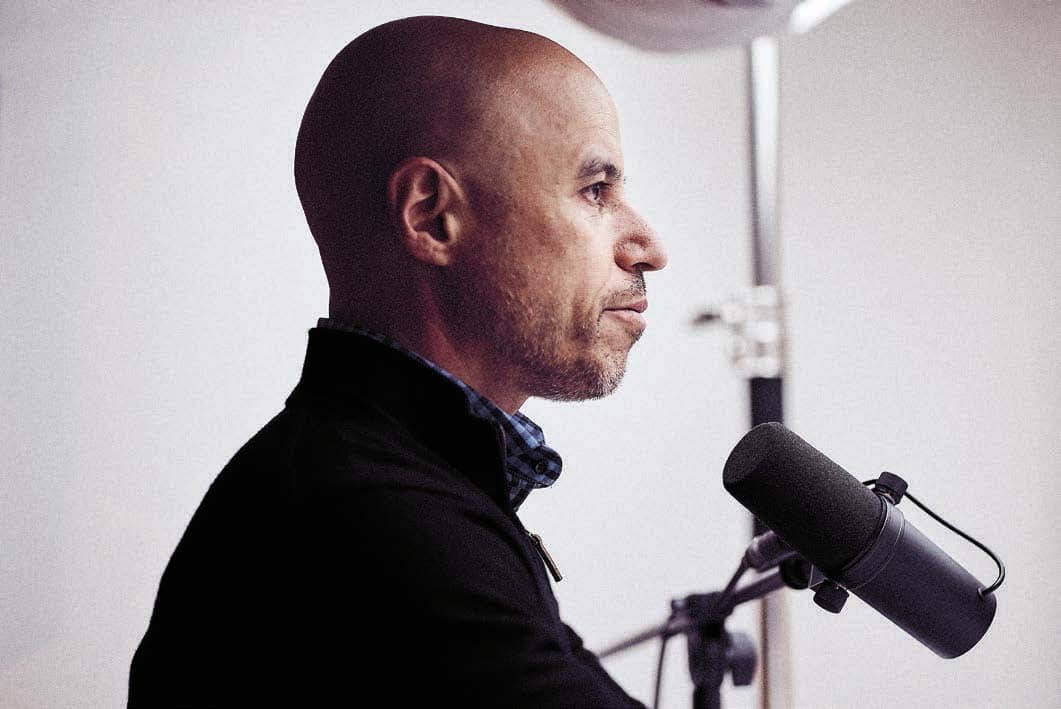 Web-savvy doctors like Zubin Damania (aka ZDoggMD) are fighting vaccine pseudoscience, one viral clip at a time

In January, as the first cases of Covid-19 were gaining global attention, Nicole Baldwin, a pediatrician in Cincinnati, posted a playful 15-second clip on TikTok, listing the diseases that inoculation prevents and rebuking the conspiracy theory that vaccines cause developmental disorders. After accruing a dozen or so views, she posted it to her Facebook, Instagram, and Twitter accounts in the hope it would reach a wider audience. Almost overnight, it did, but not the audience she intended.

“Come near me or my child with a needle and I will put it in your jugular,” one comment read. “Dead doctors don’t lie,” read another. A militia of vaccine opponents, thousands strong, was conducting a coordinated attack. Not content to keep it to social media, they threatened Baldwin’s practice, leaving false reviews meant to incriminate her on Google and Yelp. Some made threats to her life that were repeated and credible enough to land a police detail outside her home.

As the fervor grew, Todd Wolynn, a fellow doctor and a co-founder of Shots Heard Round the World, an informal group that seeks to protect vaccine advocates from online abuse, enlisted 16 volunteers to help get hateful posts removed and some of their 6,000 authors banned. Wolynn also thought a counterattack might be in order—so he called in Zubin Damania.

Damania is something of a healthcare avenger. His YouTube videos, in which he raps in costume or rants about the anti-vaccine movement and wider problems with the medical system, have been viewed tens of millions of times. He’s one of a growing number of physicians turned online influencers able to communicate compellingly to viewers who might otherwise fall prey to pseudoscience. After getting the call from Wolynn, he organized a virtual rally, calling on health workers of all stripes to post videos, statements, and evidence to discredit Baldwin’s aggressors alongside the hashtag #DoctorsSpeakUp. The resulting campaign trended nationally on Twitter.

Damania’s ambition to vanquish the so-called anti-vax movement was born out of a conversation he had about a decade ago with a pediatrician friend who said enough parents were declining to vaccinate their children that a resurgence of potentially fatal diseases could result. Anti-vaccine sentiment has continued to spread since then, as opponents gather on Facebook, Reddit, and other forums, swelling their numbers with catchy, (literally) viral clips, sensationalistic rhetoric, and a litany of hashtags designed to draw viewers down social media’s algorithmic rabbit holes. Such is their reach that last year the World Health Organization named growing hesitation toward common vaccines as one of the top 10 threats to human health. In the U.S., the vaccination rate among kindergartners has fallen below the targeted 90% in a majority of states, a decline that last year led to the country’s most severe measles outbreak in a quarter-century.

The fight against vaccine misinformation has taken on new urgency during the current pandemic. Life won’t return to normal unless an overwhelming majority of people develop some measure of immunity to the novel coronavirus, which essentially means either sufficient numbers get a vaccine or get the disease and develop antibodies, even as many more victims die along the way. Yet a poll published by Gallup in early August found that 35% of surveyed Americans would decline a government-approved Covid-19 shot offered to them at no cost.

Some of those seeking to combat vaccine misinformation stick to staid recitations of scientific fact. Damania does do serious interviews with leading medical professionals, but more than most, he hits anti-vaxxers where they lurk. His videos are often goofy, profane, or outraged; one fitting the latter two descriptions, A Doctor Reacts to “Plandemic,” posted in response to the widely circulated pseudoscientific documentary claiming the flu shot contains coronaviruses, has attracted 3 million views.

To mitigate the influence of antivaxxers, Damania argues, more of his colleagues will have to find imaginative ways to connect with an audience prone to getting its diagnostics from Facebook groups. “We’re probably a good three years of hard work behind in terms of cultural influence, and we just have to fight fire with fire,” he says. “If the antivaxxers are weaponizing social media and using the algorithms to their advantage, then why shouldn’t we?”

In the 1990s, Andrew Wakefield, a doctor at the Royal Free Hospital in London, published a pair of papers in the prestigious medical journal the Lancet, positing links between vaccination and disease. The first, from 1995, claimed that 3,545 people who’d received a live measles vaccine for a 1964 trial had experienced higher prevalence of Crohn’s disease and other digestive disorders than an unvaccinated control group. The second, published in 1998, sought to establish a link between autism and the measles, mumps, and rubella vaccine, based on a study in which the parents of 8 of 12 autistic children described the onset of behavioral symptoms associated with the disorder within two weeks of receiving an MMR vaccination.