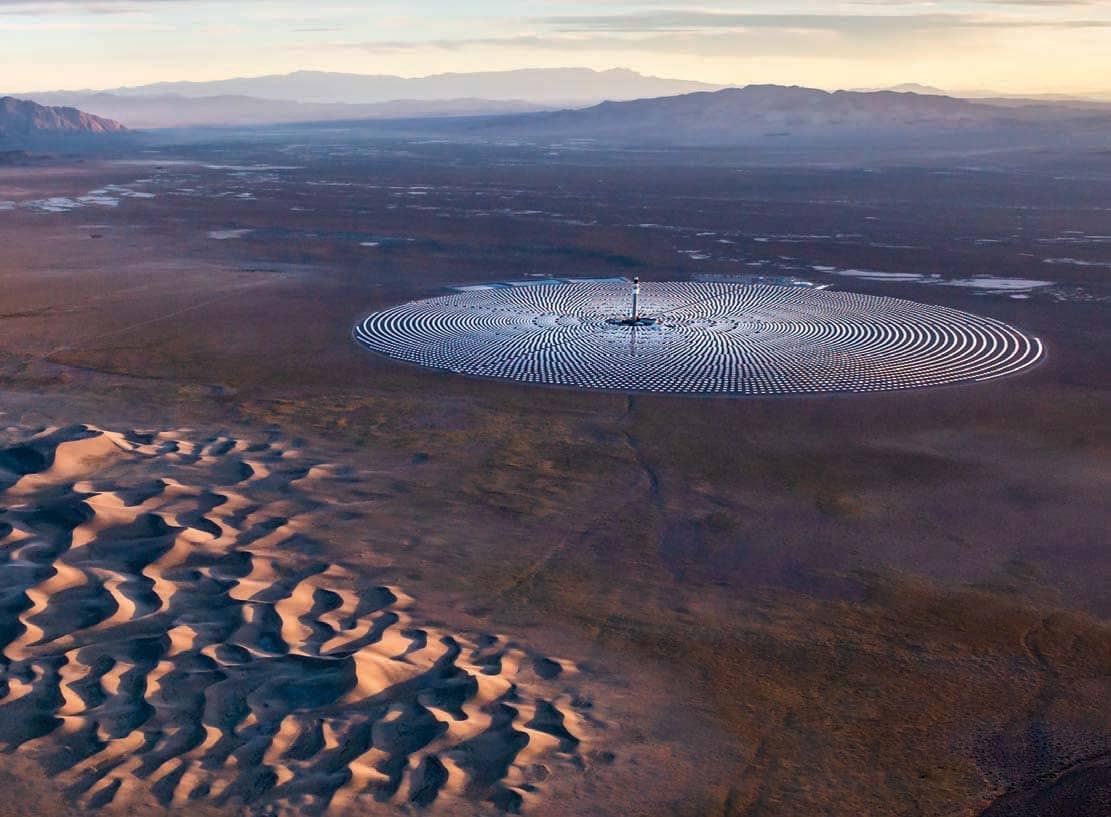 By the time the massive Crescent Dunes plant came on line, it was already outdated

The Crescent Dunes solar plant looks like something out of a sci-fimovie. Ten thousand mirrors form a spiral almost 2 miles wide that winds around a skyscraper rising above the desert between Las Vegas and Reno. The operation, a kind of thermal/solar power plant, soaks up enough heat from the sun’s rays to spin steam turbines and store energy in the form of molten salt.

In 2011 the $1 billion project was to be the biggest solar plant of its kind, and it looked like the future of renewable power. Citigroup Inc. and other financiers invested $140 million with its developer, SolarReserve Inc. Steven Chu, the U.S. Department of Energy secretary at the time, offered the company government loan guarantees, and Harry Reid, then the Senate majority leader and senior senator from Nevada, cleared the way for the company to build on public land. At a Washington celebration of SolarReserve’s public funding, Chief Executive Officer Kevin Smith told the assembled politicians, “We’re proud to be doing our part to win the future.”