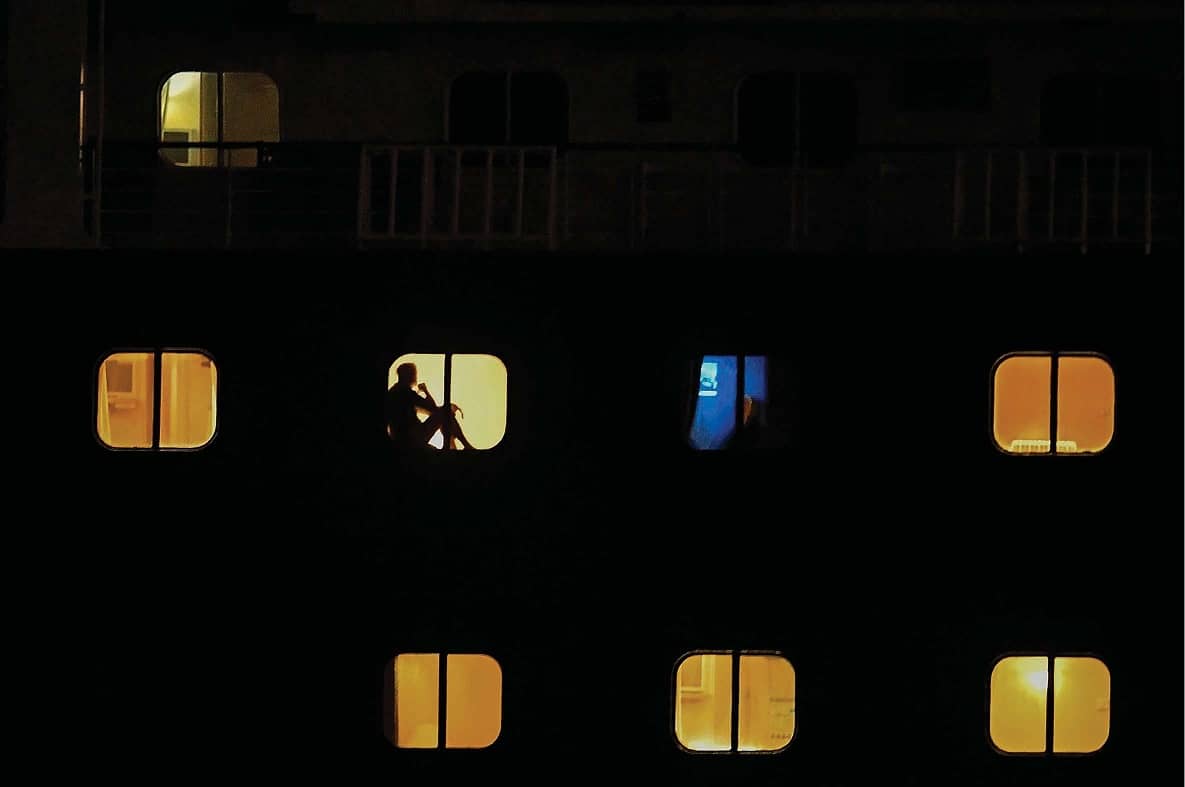 The cruise industry was already in a Covid-19 crisis when the MS Zaandam set sail. Yet Holland America was unprepared when people began to fall sick and country after country turned the ship away

On March 28 the MS Zaandam sat at anchor off the coast of Panama, its sun decks and swimming pools deserted, the lounges and casino quiet. For the seventh straight day, passengers were confined to their cabins with one of the few things cruises endeavor not to abundantly provide: time alone with dark thoughts. Crew members moved through the narrow hallways delivering meals and medication. Periodically, a doctor or nurse brought another passenger to the Zaandam’s small medical center. As its reception area filled, coughing patients stood in the corridor.

The previous day Captain Ane Smit had come over the intercom and announced what most of his listeners already suspected: Covid-19 was on the ship. Two people had tested positive so far, and four passengers had died. (One of those deaths, according to the U.S. Centers for Disease Control and Prevention, would turn out not to be from the coronavirus.) In addition, because the ship was carrying the disease, its request to pass through the Panama Canal into the Caribbean had been denied. As Smit made his announcement, 53 passengers and 85 crew members were sick. The ship had been in limbo for almost two weeks, but until now it had at least been moving—up the entire Pacific coast of South America as nation after nation refused to let the passengers ashore. Now it had come to rest. A small Panamanian patrol boat loitered nearby. 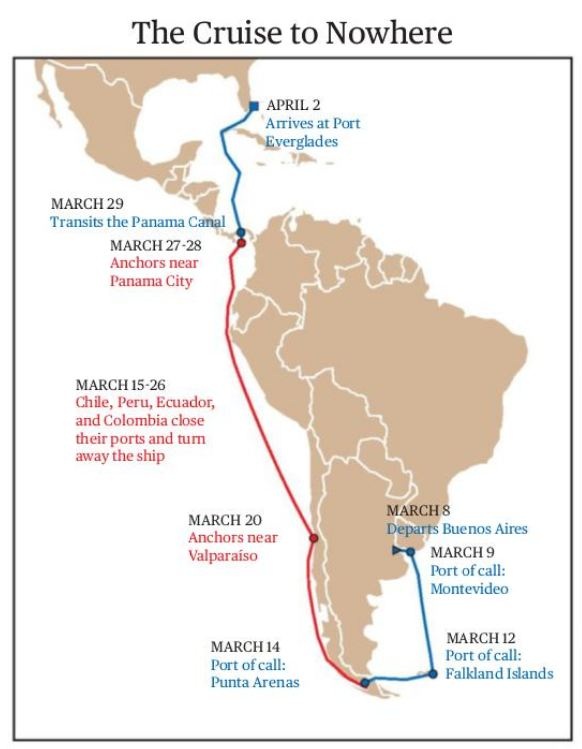 Among the Zaandam’s 1,200 passengers were two Americans from Missouri. Sitting in their cabin, looking out their sealed porthole at Panama City’s palisade of skyscrapers, Clive and Sharon Hutton found themselves veering from hope to dread— and then regret. A few hundred yards away, the Huttons could see the MS Rotterdam, which had arrived two days earlier. It was a foot shorter than the Zaandam, at 780 feet, but otherwise almost identical—both vessels had the navy blue hull, teak decks, and white superstructure of a Holland America Line ship. The Huttons watched as two orange-and-white tenders shuttled between the ships. The covered boats were bringing over the much-needed protective gear and Covid tests, along with doctors, nurses, and crew members who’d volunteered to reinforce their colleagues on the Zaandam. And they were carrying away passengers deemed Covid-free. With each trip, they were separating more of the healthy from the unwell. 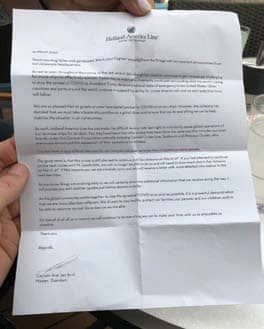 That morning, medical personnel in masks, gloves, and gowns had appeared at the Huttons’ cabin on the Dolphin Deck to take their temperatures and have them fill out a questionnaire. Passengers who passed this cursory check were eligible to transfer to the Rotterdam. As far as the couple knew, they’d passed— both were fever-free and felt fine, and people over age 70, as they were, were being given priority. Then, hours later, the medical staff came back and told them to unpack. Lance, as everyone called him, had divulged on his questionnaire that he used a CPAP machine, a device to treat sleep apnea. For reasons he couldn’t understand, that was disqualifying. They had to remain on “the sick ship,” as Lance had started calling it. 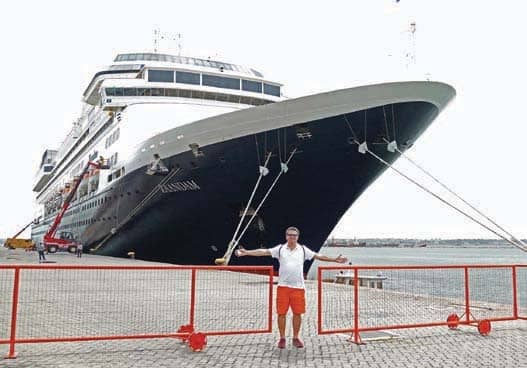 The Huttons, from the small town of Foristell, had bought their tickets many months in advance. They’d fly to Buenos Aires, spend a couple days in the city, then set sail down the east coast of South America, around Cape Horn, and back up the other side. And, because they had sprung for the extended 31-day option, they’d continue after the first leg ended in San Antonio, Chile, all the way up to the Panama Canal and on to Port Everglades in Fort Lauderdale, Fla. The capstone for Lance would be an excursion to Machu Picchu, the 15th-century Incan ruin in the Peruvian Andes. 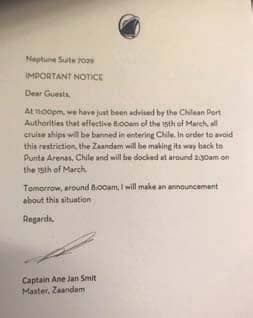 In the weeks before their departure, Lance had monitored the spread of the coronavirus and begun to worry about the trip. He’d followed the cruise ship outbreaks—first on the Diamond Princess in February and then on the Grand Princess days before his own voyage. Princess Cruises, like Holland America, is part of the giant cruise operator Carnival Corp. At 80 and 79 years old, respectively, he and Sharon were squarely in the at-risk population for Covid-19. Lance had wanted to cancel, but Holland America sent him an email on Feb. 26 specifying that refunds were limited to customers who could prove they’d had contact with someone who had the virus or had recently traveled to China. On March 5 he checked again, but the policy hadn’t changed. (On March 6, the day before the Zaandam’s passengers began boarding, Holland America did loosen its cancellation policy. Lance never learned of it.)

And so the couple had gone ahead with the trip. Throwing away $20,000 just felt too extravagant to a retired school superintendent. “I’m sure many people onboard felt the same,” he said, speaking by phone as the ship sat in Panama Bay. “If they’d had a chance, they would have gotten out of it.” Now the Huttons just wanted to get home. Word of the deaths had rattled the couple. Lance was particularly worried about Sharon, his wife of 56 years. She had bronchiectasis, a chronic condition that made her susceptible to airway infections. And he’d lost faith in the company that, he now painfully realized, he’d trusted with their lives. “I just don’t think they thought about this very well,” he said. “That’s the only complaint I have.”

By the time the Zaandam made it to port on April 2, its passengers would be some of the only cruisers left on Earth. Some would still be very sick, and not all of them would survive. Two months later, the cruise industry remains shut down and economically staggered—a no-sail order issued by the CDC six days after the Zaandam’s departure has since been renewed through the end of July. But Carnival and Royal Caribbean International, the industry’s two dominant players, tentatively plan to start cruising again on Aug. 1. If the industry keeps to this timeline, ships will be departing and moving thousands from port to port while Covid clusters still burn around the world and a vaccine remains notional. To help customers swallow any misgivings, Carnival has offered rates as low as $28 a day, including food. 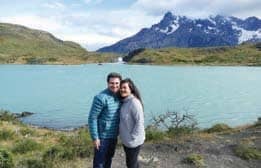 The company says it’s learned from its first deadly wave of Covid-19 outbreaks. In announcing its plans, Carnival promised to “use this additional time to continue to engage experts, government officials, and stakeholders on additional protocols and procedures to protect the health and safety of our guests, crew, and the communities we serve.” Of course, the company had time to do all of that before the Zaandam departed, too: The Diamond Princess outbreak, which sickened more than 700 and killed at least 13 on an East Asian cruise, happened a full month before. And yet the accounts of those on the Zaandam—and those outside Holland America and Carnival who stepped in to help get the vessel home—suggest that the company squandered that time. Its executives badly underestimated the virus. They assumed the Zaandam was safe because it was traveling through a part of the world with relatively few Covid-19 cases, and they assumed protocols created for past onboard disease outbreaks could contain the new one, too. When neither of those things turned out to be true, they assumed someone would help them. “At the end of the day, those issues had to resolve. That ship couldn’t sit off the coast of any of those countries indefinitely,” says Orlando Ashford, who resigned as president of Holland America on June 1. “We had to end up someplace. So it was just a function of who was going to go and step up.” In a sense, the Zaandam’s odyssey is a dark parable of what economists call socializing losses: A company takes on risks it cannot handle itself, knowing that if things go awry the public will be forced to rescue it. In the Zaandam’s case, the rescue was literal, and the losses measured in more than money.

Claudia Osiani and her husband, Juan Henning, who reached the Zaandam on the afternoon of March 7, were only a five-hour car ride from their home in the Argentine resort city of Mar del Plata. The cruise was Henning’s gift to his wife for her 64th birthday. One of the Zaandam’s first ports of call was the Falkland Islands, whose penguin rookeries and quaint, incongruously British towns are the prime attraction for most visitors. Argentines have a different relationship to the Islas Malvinas, as they call them, shaped by a disastrous 1982 war with the U.K. over the remote colonial outpost. Osiani, a psychologist, had treated veterans of the Falklands War for post-traumatic stress disorder as a young resident at a naval hospital, and since then she’d dreamed of seeing where they had fought.

As experienced cruisers, Osiani and Henning knew Holland America’s reputation for luxury at prices below those of the top-end lines. With berths for 1,432 passengers and 615 crew, the Zaandam is midsize (some newer ships accommodate four times that number), with the sedate vibe of an ocean liner rather than a Cancún bacchanal. A rococo pipe organ dominates the atrium, and music-themed memorabilia throughout the ship—guitars autographed by the members of the Rolling Stones and Queen, a saxophone signed by Bill Clinton—evoke the bygone rock ’n’ roll youth of the mostly older passengers.

Osiani didn’t want to seem ungrateful for her husband’s lavish gift, but like Lance Hutton, she was uneasy. On the drive to Buenos Aires, the couple assured each other that the cruise would probably be mostly locals—Argentina had just 17 confirmed Covid-19 cases and one death at the time. “We said, no, we’re going so far south,” she recalls. “It’s just going to be a bunch of Argentines, and maybe some Chileans.” When they got to the ship terminal, though, they found themselves in a sea of Europeans and Americans. “All those people from where the pandemic was.”

The next day, passengers settled into their cabins or explored Buenos Aires. At 4:44 p.m. local time, with the crew making final preparations to embark, the U.S. Department of State’s Bureau of Consular Affairs announced a travel advisory via Twitter. “U.S. citizens, especially with underlying conditions, should not travel by cruise ship,” the tweet warned. “#CDC notes increased risk of #COVID19 on cruises. Many countries have implemented screening procedures, denied port entry rights to ships and prevented disembarking.” A little more than an hour later, the Zaandam cast off into the broad mouth of the Río de la Plata and headed east. Montevideo, Uruguay, was to be its first port of call.

According to Ashford, the State Department advisory didn’t warrant canceling the Zaandam’s trip. “These things ebbed and flowed,” he says. “It was not clear. There were a lot of statements.” At that point, the priority was making sure passengers who’d paid for a premium cruise got their money’s worth. “We’re trying to protect and deliver a wonderful guest experience, a wonderful vacation experience,” Ashford says. “And that’s what this business is engineered to do.”