THE HERO WE DESERVE 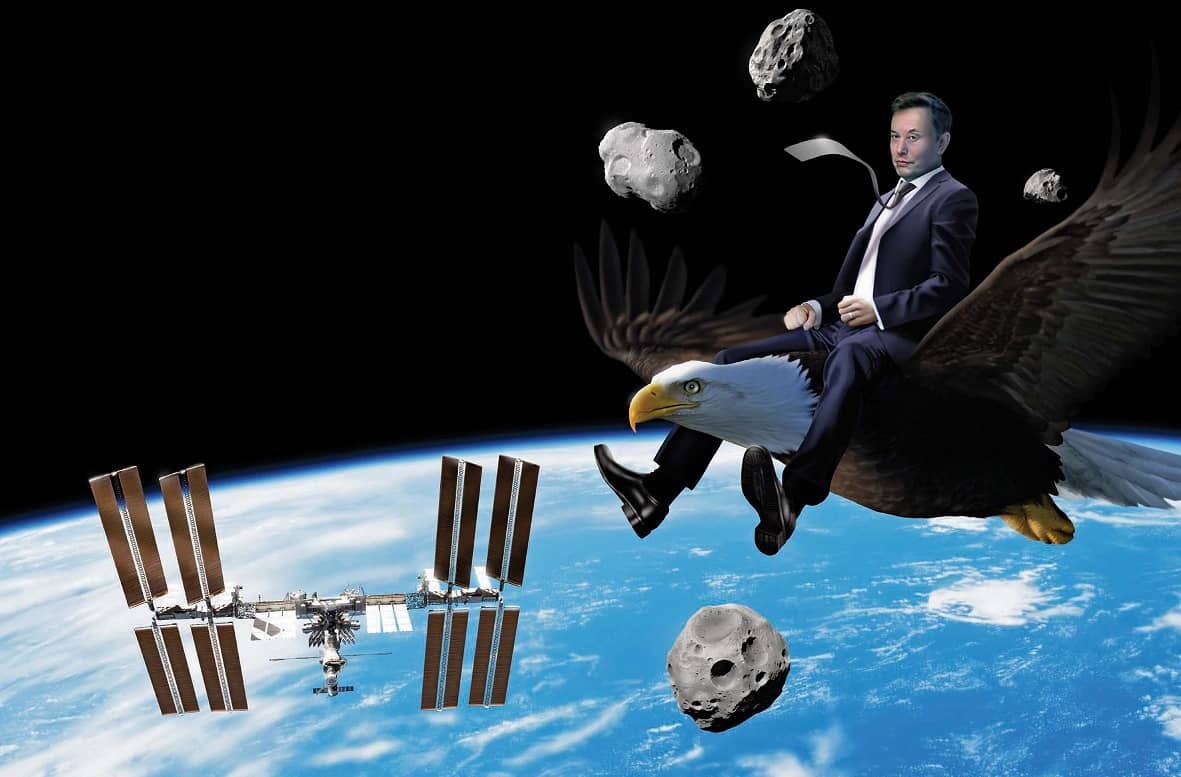 During the pandemic, Elon Musk is perhaps more annoying than ever. He’s also a damn fine entrepreneur, and his startup SpaceX is about to make history

I fall goes well, on May 27 two American astronauts, Bob Behnken and Doug Hurley, will ride in a Tesla electric car to a Florida launch pad, hop out, and then climb into the nose of a Falcon 9 rocket built by Elon Musk’s SpaceX. They’ll strap in before a bank of superslick touchscreens, as opposed to a Cold Warera clutter of buttons and knobs. The rocket will blast off at 4:33 p.m. EDT and dock with the International Space Station about 19 hours later. It will be the first privately built rocket and capsule ever to put humans into space, as well as the first time in almost a decade that an American spacecraft will ferry Americans into space from American soil. In another era and under slightly different circumstances, this event would be the whole, glorious story. Immigrant rocket man ferries brave patriots into the heavens. Plop some ice cream on the apple pie, pass the Budweisers around, and let the live-streamed adrenaline loose on the imaginations of millions of kids.

Alas, we do not live in such times. We have a Twitter President and all the tremendous, very big, super-duper baggage that comes with him. We have a Space Force. We have a virus run amok. And, in Musk, we have a Twitter Business Icon with his own impressive set of baggage. So the moment of achievement is complicated. Sort of like The Right Stuff meets The Electric Kool-Aid Acid Test where the idea that “anything is possible” is as unnerving as it is encouraging.

As Musk’s biographer, I’ve spent years watching how he operates and affects everyone and everything in his orbit, from SpaceX to that other company he runs, Tesla Inc. During interviews, he can be loquacious to the point of oversharing—and then shut down for weeks or months after some perceived slight. We’ve had periods of intense and fruitful interactions, though my book left me in the Musk doghouse for quite a while. The odd e-mail returned. The odd phone call about his desire to reenact the police raid on Kim Dotcom’s compound if he ever visits New Zealand. But silence, mostly. Yet here we are, at the leaving-the-planet part of the pandemic, which would certainly qualify as a giant leap for Musk. Sure enough, he called late on May 17.

“It’s pretty intense days,” Musk says, revealing nothing about his whereabouts other than being two hours late for a dinner.

A lot can go wrong with a rocket launch, obviously, from inclement weather to much worse. The only reason NASA entertained the idea of putting astronauts in a rocket built entirely by a private company is that SpaceX has proven itself a remarkably dependable, relatively low-price, competently managed operation. Over the past decade, it’s launched about 100 rockets, landed many of them safely back on Earth, and come to dominate the industry, while being valued at close to $40 billion. It took the effort of many clever, hardworking people to pull this off, but it’s Elon Musk in all his audacious, volatile glory that made such a thing possible in the first place.

Even the most fervent Musk hater, of whom there are plenty in the U.S., has to feel some twinge of pride. At a moment when the American Empire can seem to be in decline, here’s a clear sign that great things remain possible and that humans have much left to achieve. “America is still the land of opportunity more than any other place, for sure,” Musk says, waxing patriotic. “There is definitely no other country where I could have done this— immigrant or not.” That it’s a multibillionaire, Covid-19-truthing, entrepreneurial huckster/hero delivering this message is pretty much perfect for America in 2020.

Like President Trump, Musk uses Twitter as a mainline into the id. But even by Musk’s flamboyant standards, the last couple of months have been exceptional. He’s vowed to sell almost all his possessions, announced the birth of his son, named X Æ A-12 (pronounced ex-Asha-twelve), described Tesla as being overvalued, recited the lyrics to The Star-Spangled Banner, and made sure that everyone knows “Facebook sucks.” The real juice, though, has come on the topic of the coronavirus, where Musk has emerged as one of the most prominent advocates of reopening society and one of the most vocal downplayers of the virus’s effects.

He predicted in March that the U.S. would see “probably close to zero new cases” by the end of April, which was obviously wrong. Like Trump, he’s promoted the use of chloroquine, which doctors have warned is unproven to help with Covid-19 and can be very harmful. There have been no calls to inject Lysol but plenty of armchair epidemiology. And, on the subject of reopening, Musk has been less than subtle with such memorable tweets as “Give people their freedom back!” and “FREE AMERICA NOW.”

Ricardo Reyes, who served two tours of duty as Tesla’s communications chief, saw all of this and tweeted, “My lord. Seems Gorilla’s way out of the cage … And knows exactly what he’s doing.” As if to prove his former employee right on both counts, Musk on May 11 announced he would reopen Tesla’s Silicon Valley car factory in the most high-on- Twitterdopamine way: “Tesla is restarting production today against Alameda County rules,” he posted. “I will be on the line with everyone else. If anyone is arrested, I ask that it only be me.” After additional threats to pull Tesla out of California and move to a more hospitable state, Musk got his way, and Tesla was given the all-clear to reopen.