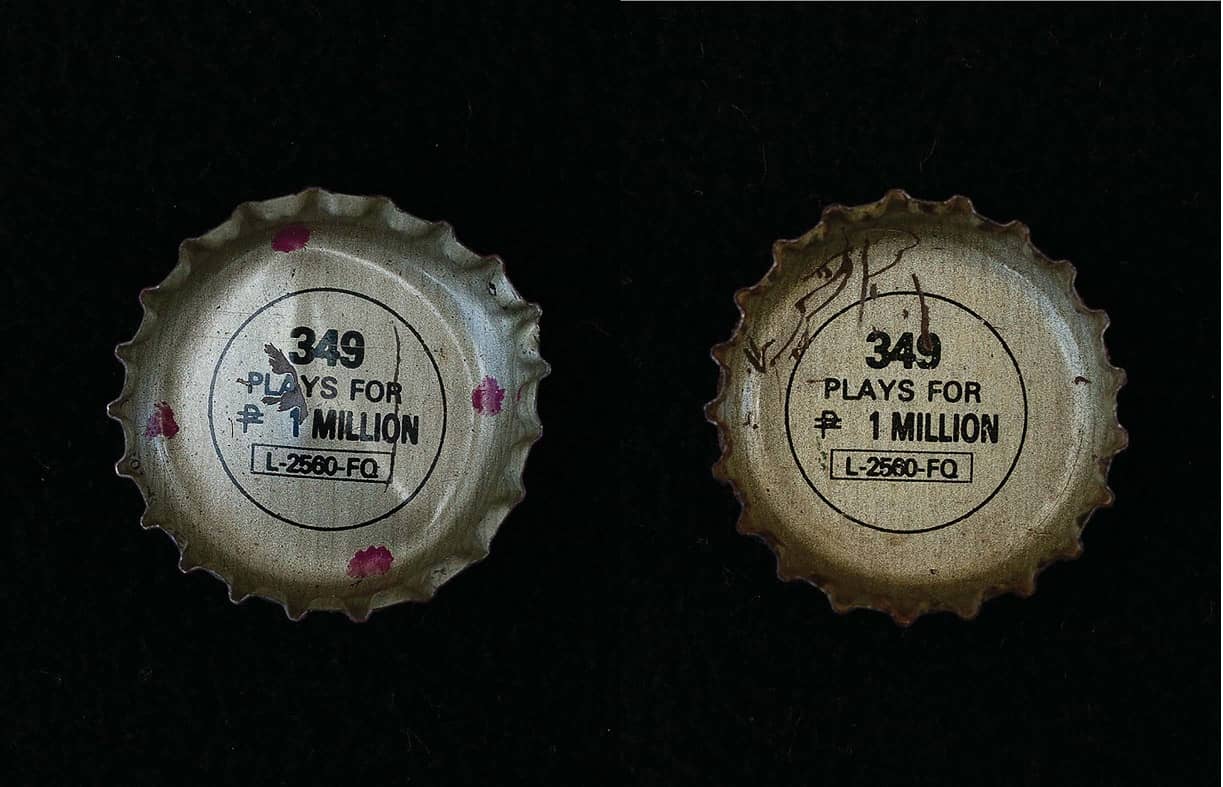 DECADES AGO, PEPSI’S NUMBER FEVER PROMOTION CAPTIVATED CONSUMERS AND PROMISED TO END COKE’S DOMINANCE IN THE PHILIPPINES. BUT AN ERROR AT A BOTTLING PLANT LED TO DISASTER

MARILY SO, A WOMAN IN her early fifties with graying hair, runs a sari-sari store out of her one-room home in a concrete building beside a railway track in Manila. In the steamy heat of a summer afternoon, shirtless children appear at her window clutching coins. With a kind smile, she serves them warm bottles of water and Royal Tru, one of a few sodas she displays alongside tiny shampoo sachets and single cigarettes. There’s one brand she refuses to sell. If someone asks for a Pepsi, her expression sours. For more than 28 years she’s nurtured bitter resentment against the company. “I didn’t have a job back then,” she says, starting in on her Pepsi story.

It was 6 p.m. on May 25, 1992, and So was among the 70% of Filipinos watching the Channel 2 evening news. Then 23, she was living in a wooden shack beside the tracks with four children under 5. Pepsi was about to announce the winning number in a promotion that had gripped the Philippines’ 65 million people. Her husband, a house painter, had spent their last centavos on special “Number Fever” bottles of Pepsi, hoping one of the three-digit numbers printed on the underside of the caps would match one of the winning numbers locked inside a vault.

Across the Philippines’ 7,641 islands, ads had promised people “You could be a millionaire.” A million pesos, about $68,000 in today’s dollars, was the largest prize available, 611 times the country’s average monthly salary at the time. The published odds of winning that amount were 28.8 million to 1, but Pepsi had already minted 18 millionaires. They appeared in its ads, real as day. One, a bus driver named Nema Balmes, became known as Mrs. Pepsi after joking that drinking cola put her husband “in the mood.”

Number Fever was the brainchild of an executive named Pedro Vergara, a Chilean who worked for the promotions department in New York. After a successful U.S. rollout, Pepsi-Cola International Chief Executive Officer Christopher Sinclair made it part of his strategy to fight Coca-Cola abroad. Since becoming the global arm’s youngest CEO at 38, Sinclair had developed a reputation as a “battlefield commander.” Visiting 77 countries in six months, he was dismayed to find the world’s grocery aisles “awash with Coca-Cola red,” as Fortune put it.

Pepsi hired a Mexican company, DG Consultores, to bring Number Fever to Argentina, Chile, Guatemala, Mexico, and the Philippines, where it truly caught fire. Monthly sales there quickly jumped from $10 million to $14 million and its market share from 19.4% to 24.9%. Bottling plants roared 20 hours a day, doubling their usual production. An aggressive ad campaign dominated the media, with 29 radio stations and four newspapers circulating the winning numbers. The promotion, initially scheduled to end on May 8, was extended five weeks. By then, Number Fever was verging on Number Hysteria. Cops jailed a maid accused of stealing her employer’s winning crown, as the bottle caps were known. Two Pepsi salespeople were murdered following a dispute over another crown.

The night of May 25, So murmured a prayer as the blue of the television shone in her children’s eyes. When Pepsi announced the winning number, her husband, Isagani, rifled through their crowns and found the one: 349. A million pesos. Her prayer had been answered. The couple danced and laughed until the TV started to rattle and a passing freight train drowned out their shrieks of joy.

Five miles across town, Ernesto de Guzmán de Lina, a tricycle-taxi driver, was dashing downstairs to tell his nephew Simon Marcelo that his 349 crown had just won him 50,000 pesos. Marcelo was already celebrating—he had a 349 worth 100,000 pesos, enough to quit his job as a cocktail waiter in the city’s red-light district.

Similar scenes were playing out across the country. A bus driver had three 1 million-peso 349s. A mother of 12 whose children went through 10 bottles of Pepsi a day had won 35 million pesos. Winners raced to the iron gates of Pepsi’s bottling factory in Quezon City, just northeast of Manila, to claim their prizes. As the crowd grew, a secretary dialed the marketing director, Rosemarie Vera. “There seems to be many 349 crowns in circulation among people I know,” the secretary said, according to an account in the Philippine Daily Enquirer. At 10 p.m., someone from the company telephoned the Philippine Department of Trade and Industry and said a mistake had been made.

Within a year, a violent consumer uprising would be underway, with riots and grenade attacks leaving dozens injured and five dead.

It was perhaps the deadliest marketing disaster in history— and remains one of the business world’s great cautionary tales. “I don’t think that, from the onset, people would look at this and say people could actually die,” says Lee Oster, a University of Idaho professor and the co-author of a risk management textbook that included Number Fever as a case study. “But even then, like the nuclear power industry or aviation, people have to be on top of things and realize the catastrophic events that can happen at the end.”

In response to a request for comment on the events described in this story, Pepsi said it would be unable to verify them. “These events took place almost 30 years ago, and none of the executives familiar with this program are at PepsiCo anymore. And given that the Philippines is just emerging from one of the world’s longest Covid lockdowns, we have been unable to access stored records on this matter,” the company wrote. But, it said, “we deeply regret any pain and suffering our mistake caused the people of the Philippines.” 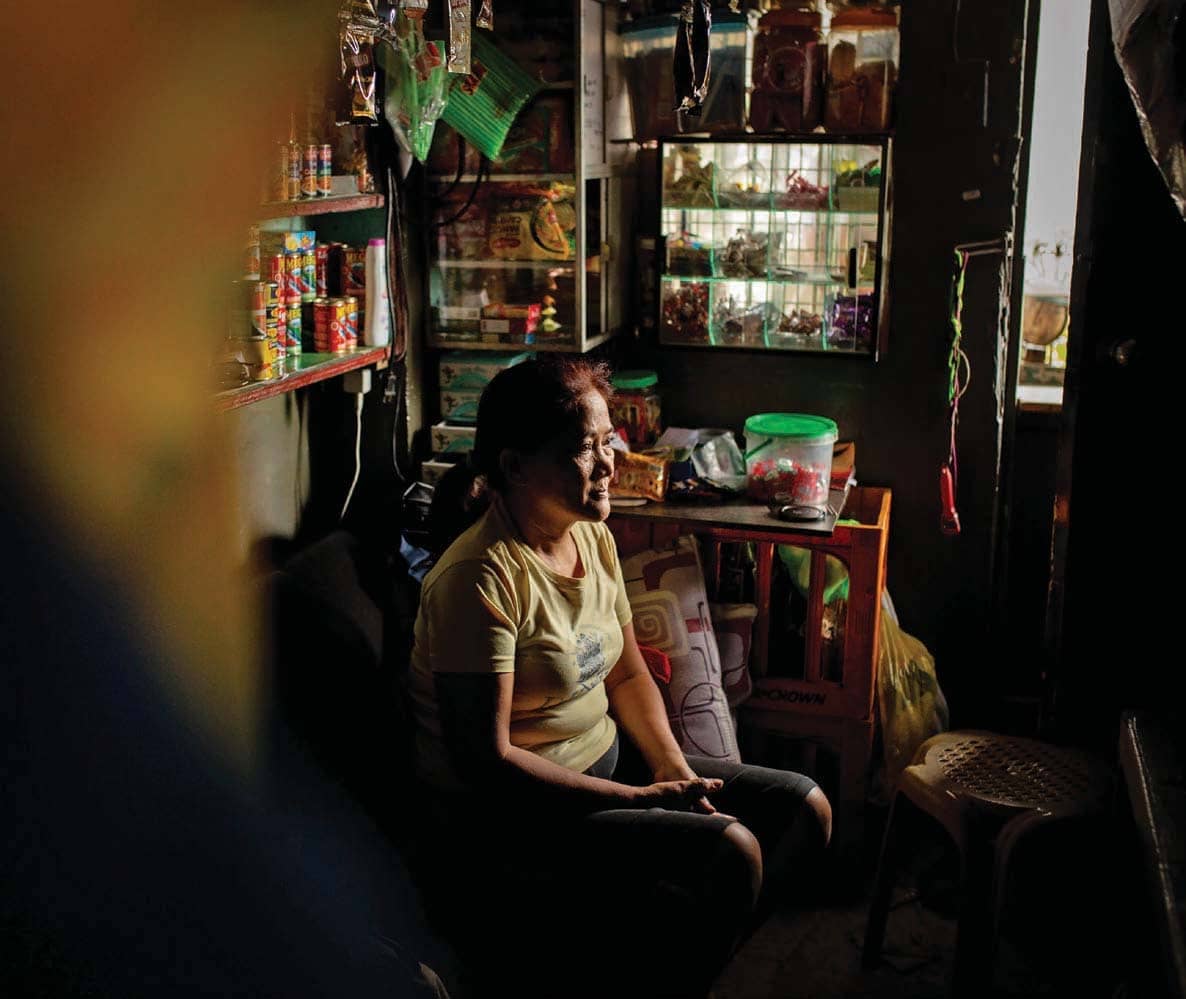 AMERICA DOMINATES MANY ASPECTS OF FILIPINO life, from the kaleidoscope of beverages at most sari-sari stores to a fondness for swing dancing and apple pie. The U.S. took control of the islands from Spain in 1898. After defeating the country’s revolutionary government in a vicious three-year war, it established military bases and colonial rule, and its influence remained long after independence in 1946. The U.S. interfered in presidential elections, tacitly supported Ferdinand Marcos during his brutal two decades of rule, and generally used the country as proxy turf for the Cold War. (Sometimes in bizarre ways—at one point the CIA helped suppress a communist peasant rebellion by faking vampire attacks to scare superstitious guerrillas into leaving their positions.)

Two American companies also used the Philippines for a different kind of proxy war. PepsiCo Inc. and Coca-Cola Co. duked it out there in ways that would never have been allowed in the U.S., employing espionage and other dirty tricks. At one point during the Marcos era, Pepsi executives were caught cooking the books to show higher sales than Coke, forcing a $90 million write-off. Coke kept the upper hand mainly by undercutting Pepsi’s prices. By 1992 it had expanded its share of the cola market to 83%, so high that it no longer bothered to advertise.