THE BRONCO IS BACK 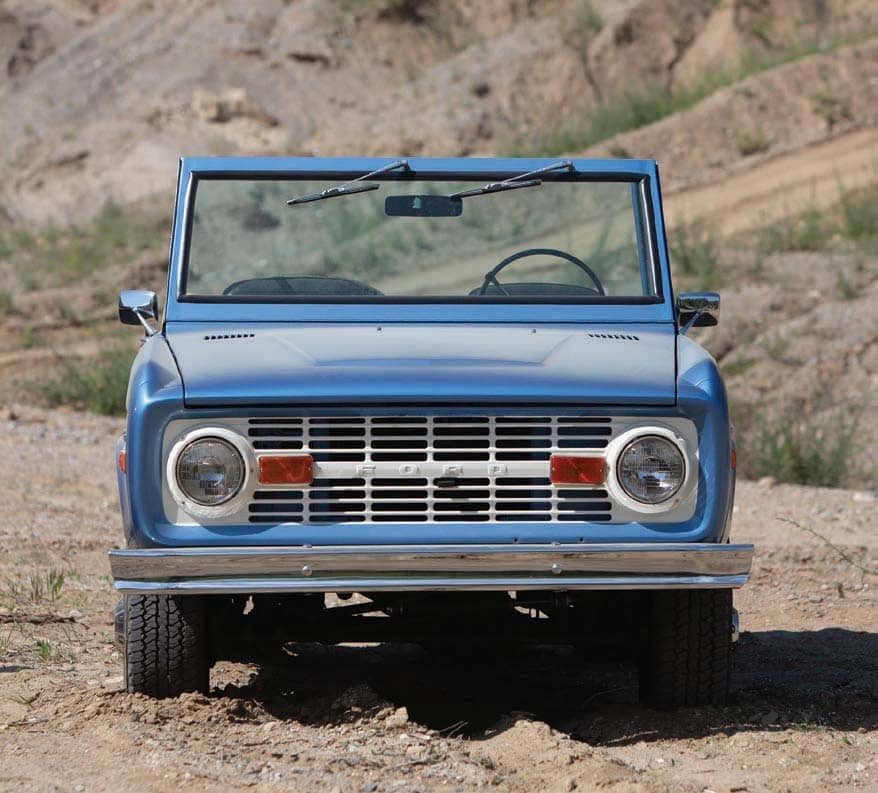 THE SUV THAT O.J. MADE FAMOUS IS GETTING A MAKEOVER, THANKS TO A FEW OBSESSED FORD EMPLOYEES

Dan Schaffer, a four-wheel-drive engineer at Ford Motor Co., gets into an SUV, points it up a steep and slippery dirt hill, and hits the gas. It lurches into action, but halfway up the 45-degree climb it bogs down. Schaffer pounds the pedal, and it continues its ascent, as if it had just been catching its breath.

At base camp below, a group of middle managers hoots and hollers as the vehicle tops the hill at this off-road course north of Detroit. “Did you see that?” says Tom Patterson, an advanced product strategist. “That was amazing. To see it in action, in motion, that’s just so sweet.”

They’re cheering on a Ford Bronco—now available in “cyber orange”—and they’ve been waiting a while to do it. The group, known as the Bronco Underground, has agitated for years inside Ford for the return of the SUV, which has been out of production for more than two decades and is best known for the white model that O.J. Simpson drove that June day in 1994. In their free time, and without any boss’s approval, they sketched and modeled a reborn Bronco that played on its ’60s heyday; they drew up business plans, begged for space in factories, and tried to convince management that there was still life left in the brand. 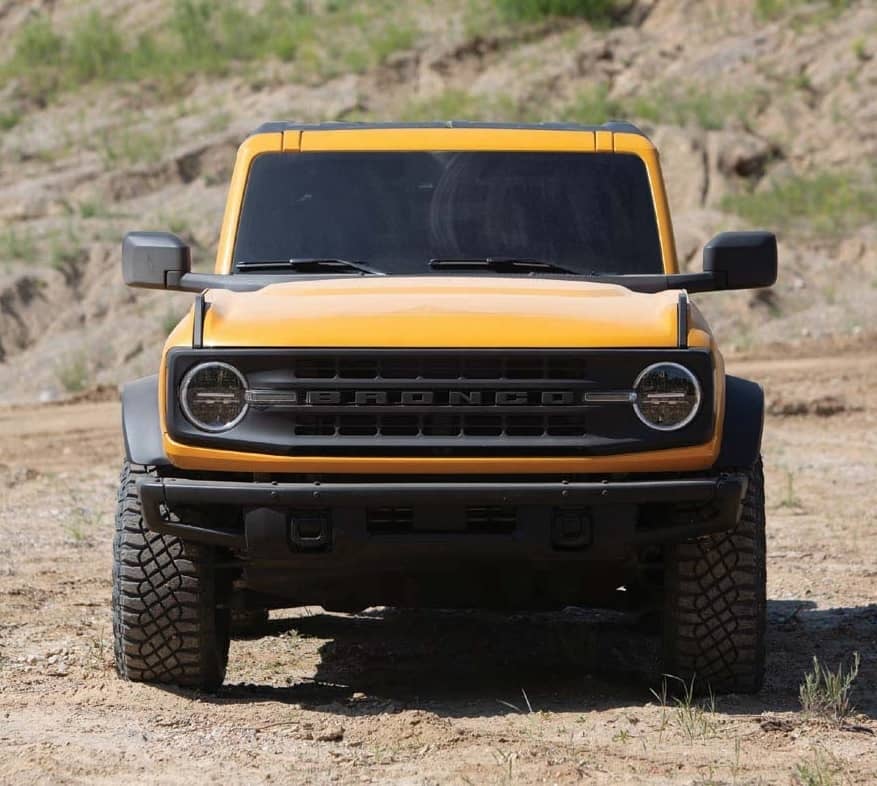 The project seemed doomed because of recessions, fluctuating fuel prices, and changing consumer tastes—until gas got cheap a few years ago and Americans fell in love with the Jeep Wrangler and other retro SUVs. But Ford, which had made an ill-advised bet on small cars a decade ago, didn’t have one. That gave the Bronco Underground an opening.

Bringing back the Bronco is part of a broader strategy to play off Ford’s greatest hits. Its F-150 pickup is getting Teslalike hands-free driving technology, and the Mustang is going electric. The Bronco, unveiled on July 13, has a removable roof and doors, a familiar chrome bucking horse emblem on the tailgate, rubberized floors with drain holes so the interior can be hosed down, and a dashboard with mounts for cameras or phones for riders to show their followers how much fun they’re having.

“So many people doubted us,” says Mark Grueber, director of advanced product marketing, who pushed relentlessly for the Bronco’s revival. He spoke as Schaffer kicked up a dust cloud turning doughnuts after descending the hill. “They all said Ford would screw it up.” 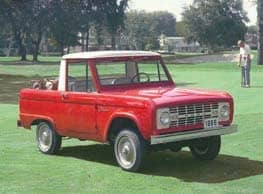 In 1999, three years after Ford stopped production of the Bronco, the Underground initiated a secret program to resurrect it. The plan was to move away from the boxy rendition that by then had unshakable cultural baggage. “We looked back at the original Bronco, and we saw it”— the new one—“as being a back-to-basics vehicle,” says Moray Callum, now Ford’s chief designer, who led the project in the automaker’s Dearborn, Mich., studios.

The program was code-named U260, “U” for utility and “2” for two-door. The “60” comes from a separate code name, T6, for Ford’s small Ranger pickup, which would provide the mechanical underpinnings for the new Bronco. This “platform sharing” is a critical way for automakers to keep costs down, and though Ford had looked at building the Bronco on the chassis of a Land Rover—the fancy British SUV brand it purchased in 2000—that was deemed too expensive.