Stave Puzzles Will Drive You Wild 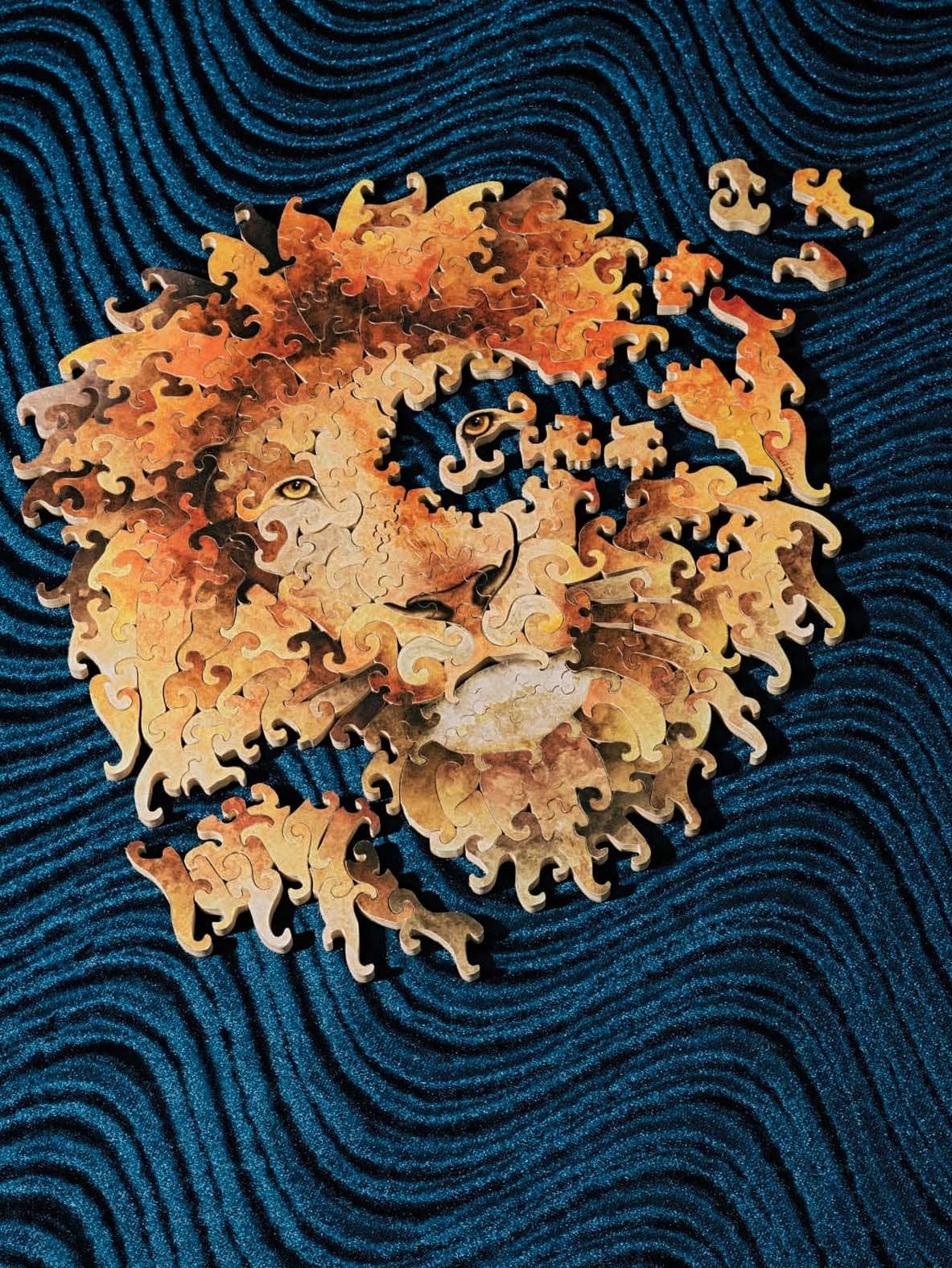 Hal Brierley looked at the 1,185-piece puzzle on the dining room table at his Dallas home with mounting frustration. It had been almost a month since his wife and sister-in-law had given it to him for Christmas to test his puzzling skills, and he was still only a third of the way through.

A designer of customer loyalty programs for companies such as Hilton and Hertz, Brierley craves fiendishly difficult puzzles. He usually has one going on the dining table at his family’s second home in Utah, too. “It’s probably a bit of an addiction,” he admits.

This particularly troublesome brain teaser had been custom-designed by Stave Puzzles Inc., a tiny company that cuts all of its puzzles by hand in a nondescript building in Norwich, Vt., an affluent commuter town across the Connecticut River from Hanover, N.H., home to Dartmouth College. The company jokes that some of its puzzles are conceived by a sadist. Among connoisseurs, it’s famous for delighting, infuriating, and fostering a co-dependency with high-achieving customers—names like Gates, Bezos, Bush. Queen Elizabeth II is also a fan, not to mention scores of second-, third-, and fourth-generation heirs to dynastic fortunes.

Pete Furniss, a onetime computer company owner who lives in Georgia, also describes his attachment to Stave puzzles with a whiff of unhealthiness. He got hooked when he stumbled on one in a common area at Triple Creek Ranch, a luxury resort in Montana. “I could have saved a lot of money if I’d never sat down there,” he says ruefully. Now one of Stave’s biggest customers (he orders about 10 at a time), Furniss says he’s sometimes harrowed enough by its puzzles to curse at them. But he kind of likes that.

“There’s just something cool about unraveling a puzzle’s secrets,” says YouTube puzzle expert Chris Ramsay, who has 3.6 million subscribers to his channel, where he broadcasts videos grappling with $3,000 locks and rare Enigma boxes. “The rush of figuring it out yourself only comes with a level of mind-numbing patience, where you start thinking abstractly a little, and it leads you in the right direction. If you’re running or owning a business,” he continues, “this deconstructing mindset is huge. It’s problem-solving.”