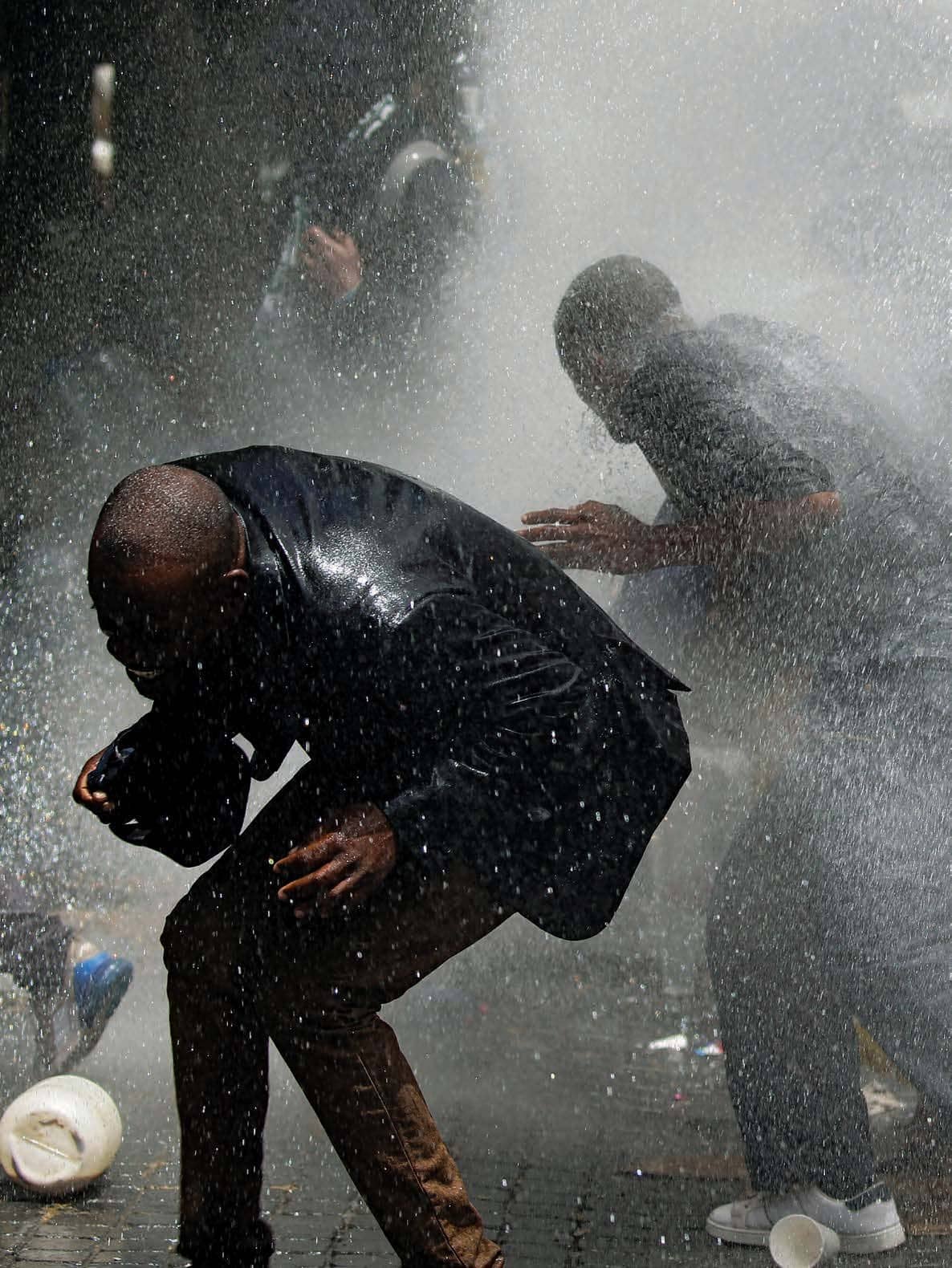 From the highest levels to the grassroots, the country is scapegoating migrants from the rest of the continent

In early September, Faayif Yosif, a 41-year-old Somali who moved to South Africa as a refugee in 2004, lost everything he owned in minutes. A mob of South Africans began doing the toyi-toyi—a dance with a jogging rhythm associated with protests—outside his general store on the outskirts of the capital, Pretoria. “They broke into my shop and took everything, including a lot of money,” he says. Since then, he’s lost his appetite and become depressed, and he spends his days sleeping. “They told us to get out if we didn’t want to die. My heart was broken because I watched something I worked hard for being destroyed.”

Every few years, bouts of xenophobic violence in South Africa—which mainly target black Africans from elsewhere in Africa and, occasionally, poor migrants from Pakistan and Bangladesh—make headlines. In 2008 about 60 people died and more than 50,000 were displaced in a wave of violence across the country. Ernesto Nhamuave, a Mozambican man, was set alight and burned to death east of Johannesburg; the photograph of his killing spread around the world.

There were similar episodes in 2015. From the end of apartheid in 1994 to Dec. 31 last year, at least 309 people have been killed in xenophobic attacks, 2,193 shops have been looted, and more than 100,000 people have been displaced, according to Xenowatch, a program run by the African Centre for Migration & Society at the University of the Witwatersrand in Johannesburg. “The frequency of the brutality we see in South Africa is making it unique,” says Jean Pierre Misago, a researcher at the center who’s been working with refugees since the early 1990s. “Burning people alive, destroying property.”

In September shops run by foreigners were looted and burned in central Johannesburg and in poor areas around the city, as well as in Pretoria. But this time there was a response from the rest of the continent. Retaliatory attacks on South African-owned businesses took place in the Democratic Republic of Congo, Nigeria, and Zambia. Leaders from all over Africa condemned the violence. Yemi Osinbajo, vice president of Nigeria, withdrew from the World Economic Forum on Africa conference in Cape Town and the country recalled its ambassador. Air Peace, a privately owned Nigerian airline, sent a plane to Johannesburg to repatriate any Nigerians who wanted to come home. Zambia canceled an international soccer match between the nations. “You cannot be an open democracy and allow this kind of misconduct on a frequent pattern without there being consequences,” said Oby Ezekwesili, a former Nigerian cabinet minister and World Bank vice president for Africa, in an interview at the forum. “The president needs to lead,” she said, referring to South Africa’s Cyril Ramaphosa.

An embarrassed Ramaphosa gave a televised address to the nation saying there could be no excuse for attacks on the homes and businesses of foreign nationals and dispatched envoys to a number of African countries to minimize the damage. But two months later, little seems to have changed. Indeed, from the highest levels of South Africa’s government down to the grassroots, foreigners continue to be made scapegoats for the country’s problems as its economy—the continent’s largest—sputters.