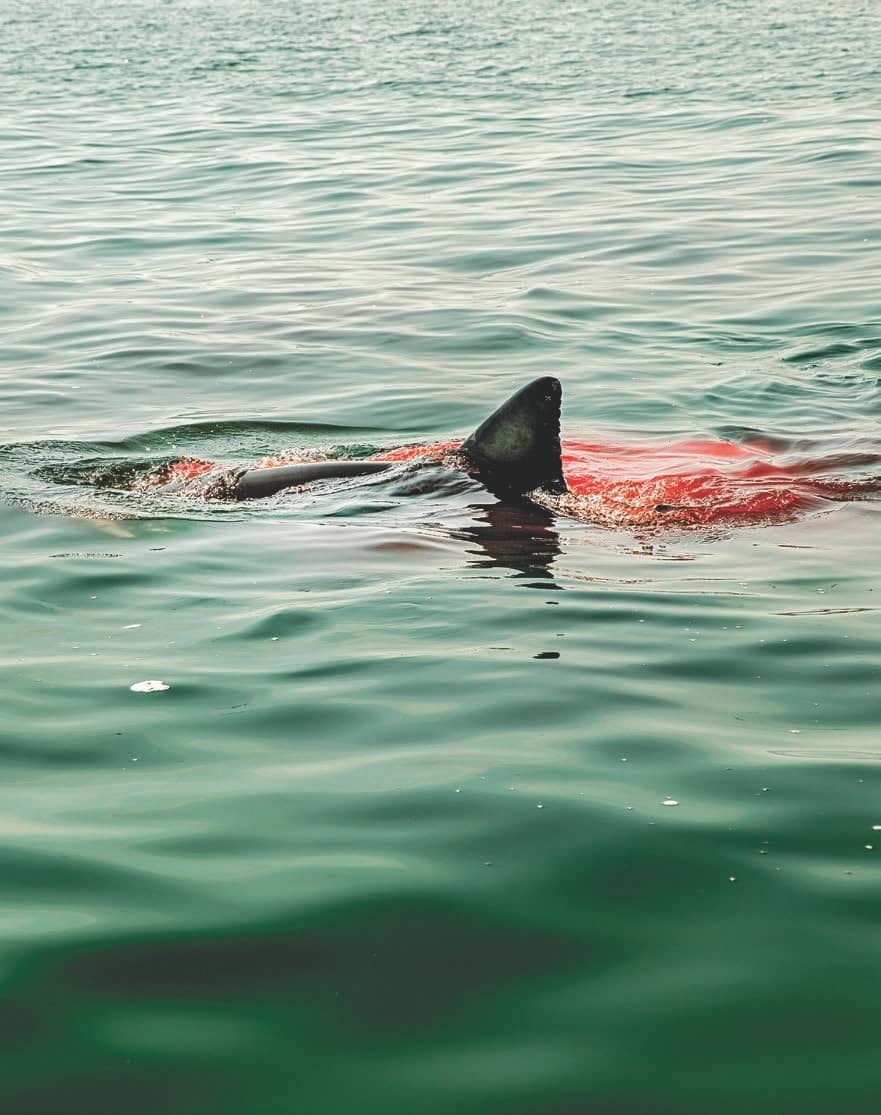 Almost half a century after Jaws, shark tourism is growing on Cape Cod

On a glorious July afternoon, the big fish swims toward us, its signature dorsal fin slicing the water. The great white shark measures 12 feet, maybe more. Its jaws snap shut on 300 pounds of seal. “We have predation,” says the guide on my shark-viewing excursion. The attack leaves behind a gory red plume, the money moment in a bloody good business.

Shark tourism generates more than $300 million a year in places such as Australia, the Bahamas, and New Zealand. But I’m on Cape Cod, the Massachusetts seaside destination where growing numbers of great whites have taken to summering over the past decade. They come for the cuisine: tens of thousands of gray seals lazing in the coastal surf. It’s a conservation success story, the result of decades of federal and state laws protecting both predator and prey.

Some Cape business owners worry that sharks will drive away tourists—especially after the killing of a boogie boarder last September—but many others are scrambling to cash in. They sell “Seals Taste Like Chicken” and “Nice to Eat You” T-shirts, hoodies, coasters, decals, and baseball caps. And then there are the shark- sighting tours. The one I took, which cost $2,500, is booked solid this summer.

The Cape Cod Chamber of Commerce recently held nine focus groups to gauge the fallout from the sightings and attacks. Chief Executive Officer Wendy Northcross says the chamber reached two broad conclusions: “People are very aware of the sharks, but it’s not going to keep them away.”