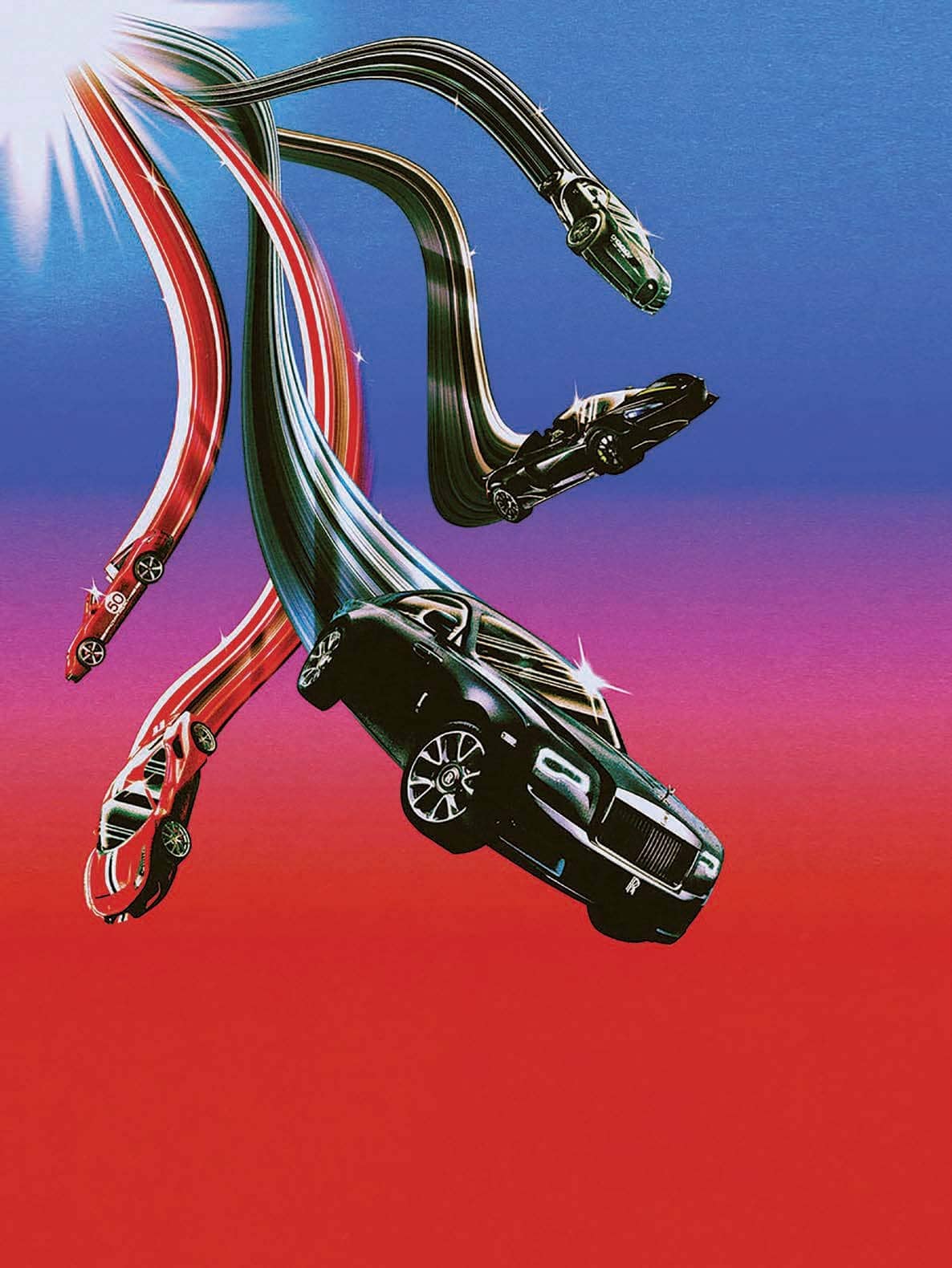 With limited special releases, luxury automakers are increasing excitement and competition for their offerings—and raising margins.

Rolls-Royce knows that for some clients, the $330,000 Wraith—in all its 12-cylinder, 3,800pound art deco glory—is not enough. The model is six years old, after all, and usually cruises rather reservedly down the street in a shade of navy or noir. On the other hand, the Kryptos edition of the Wraith, which was released in July, comes with computer-generated ciphers stitched into the buttery leather door panels. Fiberoptic bulbs that have been woven into the ceiling depict an in-motion data stream. The quirky name is a reference to cryptography, the art of using codes. And details such as glowing fluorescent light threads and flecks of green paint are clues to a hidden message for owners to solve.

This version will cost $450,000; only 50 will be made. It’s the latest in a fresh spate of cars that high-end automakers are producing with unique colorways (and gimmicks) in limited quantities, and at price premiums tens and hundreds of thousands of dollars above standard. These special editions —Aston Martin’s DBS 59, Bugatti’s Chiron Noire, McLaren’s 600LT Spider Segestria Borealis, Lamborghini’s Huracán Avio, Land Rover’s Range Rover Fifty—are to car collectors what the Air Jordan 11 25th Anniversary is to sneakerheads.

And as with the sneaker retail and resale markets, where a 14-year-old can build an empire with bots, the game is often rigged. Special editions of cars sell out quickly to hand-selected friends of the brand who’ve proven their devotion with their purchasing power. Even so, just like the exclusive sneaker drop, the limited-edition release serves a dual purpose: It generates big hype for the brand—and big money.

These are volatile days for the makers of high-end autos and supercars, most of which deliver fewer than 10,000 models worldwide each year. (Ferrari sold 10,131 in 2019.) Although some brands have tentatively optimistic outlooks for 2020 and beyond—Bugatti still has plenty of orders in the pipeline— others face the threat of obsolescence, even extinction.

On May 13, Aston Martin said it would need more cash to fulfill a crucial restructuring plan, even after Ernesto Bertarelli, whose family’s $18.1 billion fortune derives mostly from pharmaceuticals, acquired a 3.4% voting stake in the company. His investment followed a $670 million capital infusion in April from a group led by Canadian investor Lawrence Stroll. Then, on June 4, Aston announced it would cut as many as 500 jobs, or 20% of its workforce, to help cope with lower demand amid the pandemic.