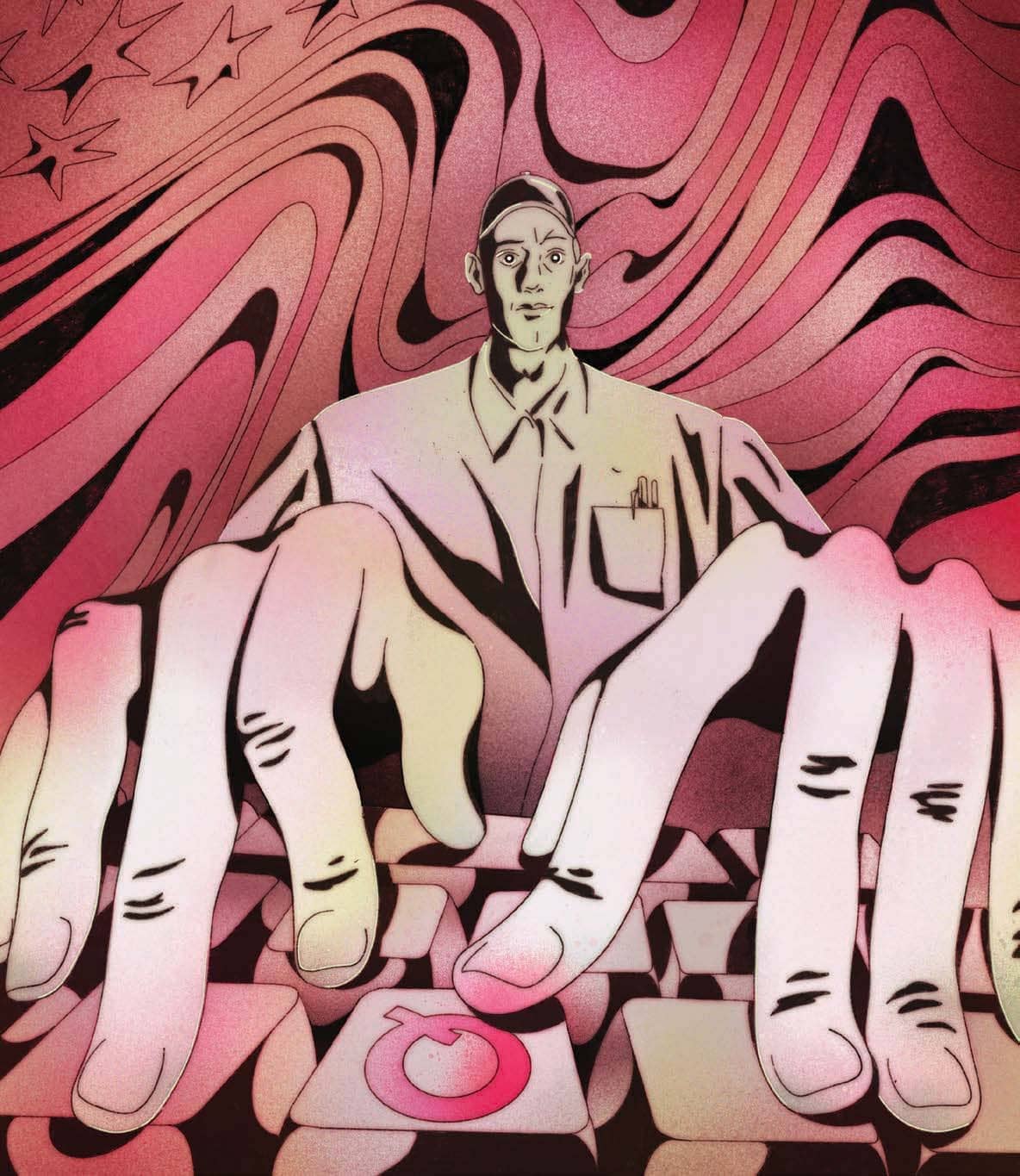 Like many future Donald Trump voters, Jason Gelinas felt something shift inside him during the presidency of Barack Obama. Things were going OK for him generally. He had a degree from Fordham University and had held a series of jobs at big financial-services firms, eventually becoming a senior vice president at Citigroup in the company’s technology department, where he led an AI project and oversaw a team of software developers. He was married with kids and had a comfortable house in a New Jersey suburb. According to those who know him, Gelinas was a pleasant guy who was into normal stuff: Game of Thrones, recreational soccer, and so on. Things did get weird, though, when politics came up.

Gelinas had registered as a Democrat in the runup to the 2008 election, but then seemed to drift to the right, and not in an “I’m going to vote for Romney this time” sort of way, according to two friends, who spoke to Bloomberg Businessweek on the condition of anonymity because they didn’t want to be associated with what came next in his political journey. “He hated the idea of Obama,” says one. “He thought that it was a setup and that he was elected to satisfy the Black population.” Gelinas would become agitated when the topic of the president came up, sometimes referring to Obama as “the Antichrist.”

He was increasingly immersed in right-wing internet conspiracies, telling a friend that Hillary Clinton was at the center of a global cabal of sex traffickers. This was about the time that online trolls were starting to promote a theory known as Pizzagate, which claimed that Clinton and others were holding children hostage in the basement of Comet Ping Pong, a restaurant and concert venue in Washington, D.C. Shortly after Trump was elected president, a follower burst into the restaurant and fired an AR-15 rifle, standing down only after discovering that the building didn’t actually have a basement. (Nobody was hurt. The shooter, who said he’d been misled by what he’d read on the internet, pleaded guilty to firearms charges and was sentenced to four years in prison.)

Some might have taken that incident as a sign to cool down. Gelinas appears to have gone deeper down the rabbit hole, finding his way to an even stranger movement, QAnon. Like Pizzagate believers, QAnon’s are focused on a supposed cabal of pedophiliac liberals, mostly politicians and celebrities. The twist is that QAnon has an apocalyptic component—it holds that, at some point, President Trump will unleash “the Storm,” a military coup that will expose and punish this cabal. QAnon has spurred enough violence that the FBI has labeled it a domestic terrorism threat. Supporters have been implicated in the death of a Staten Island mob boss and in the derailment of a train in California.

Even so, the movement had been contained mostly to the internet’s trollish fringes until around the time Gelinas came along. In 2018, while doing his job at Citi, he created, as an anonymous side project, a website dedicated to bringing QAnon to a wider audience—soccer moms, white-collar workers, and other “normies,” as he boasted. By mid-2020, the site, QMap.pub, was drawing 10 million visitors each month, according to the traffic-tracking firm SimilarWeb, and was credited by researchers with playing a key role in what might be the most unlikely political story in a year full of unlikely political stories: A Citigroup executive helped turn an obscure and incoherent cult into an incoherent cult with mainstream political implications.

In January the House of Representatives will almost certainly welcome its first QAnon supporter, Republican Marjorie Taylor Greene, who’s running without serious competition in a district in northwest Georgia, and many other candidates for public office have professed support for aspects of the movement. The Trump campaign has sometimes asked people not to display QAnon signs at rallies, but they show up all the time anyway. QAnon supporters were also ready with an easy spin on the biggest threat to the president’s hold on power: his own Covid-19 diagnosis. Trump wasn’t sick, the theory goes, he merely retreated from the public eye so that the Storm could begin.

Because it’s so much more involved than a typical conspiracy theory, QAnon has often been described as a religious movement—and, like many religions, the core of the belief system stems from revelations in a foundational text. In this case, that text didn’t appear on stone tablets handed from a mountaintop or on golden plates buried in the ground in upstate New York, but through a series of cryptic postings on a website best known for racist memes and the manifestos of mass shooters. Ironically, for a movement obsessed with the evils of pedophilia, the site, 4chan, was also known as a place to download child pornography.