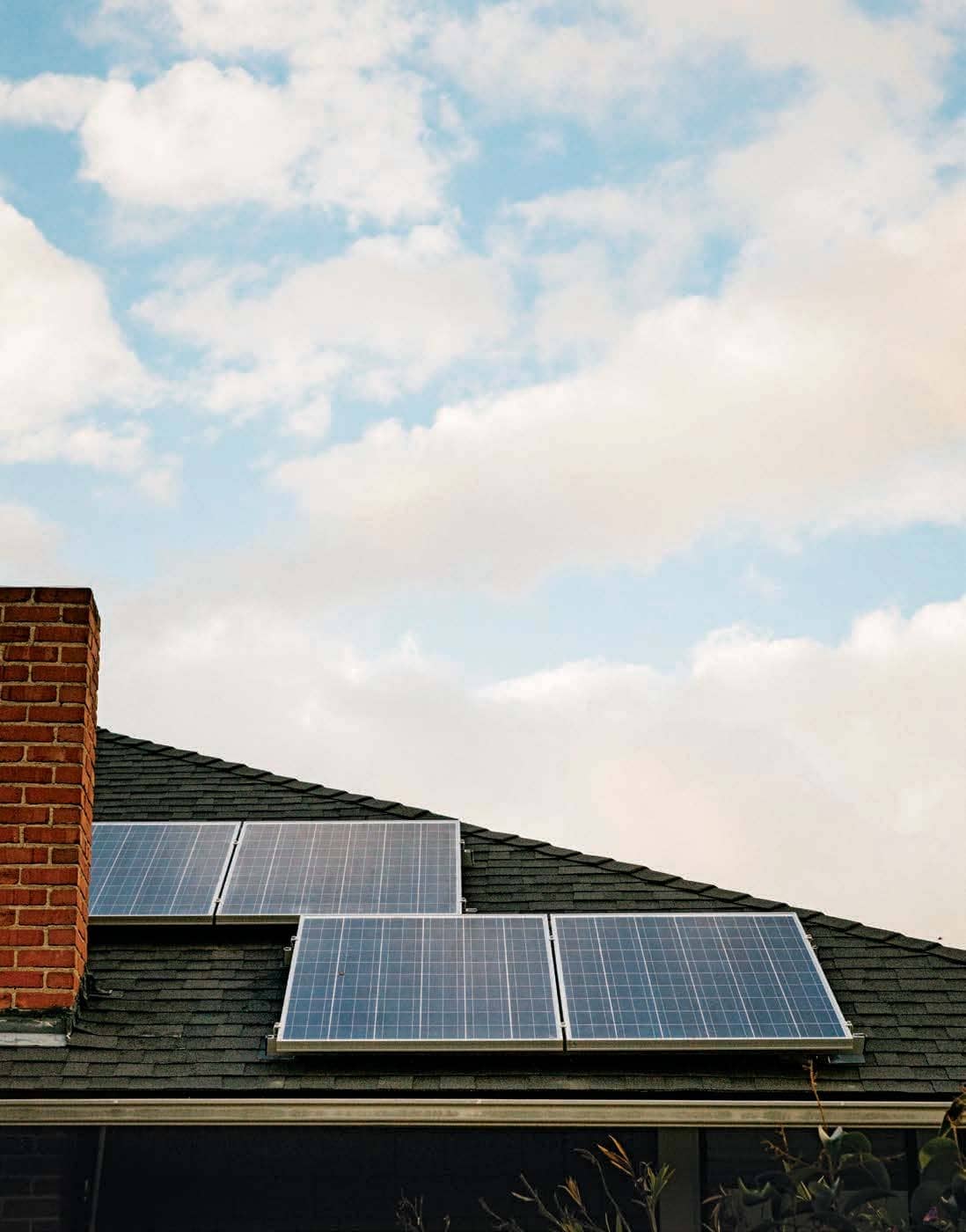 If you own the roof but not the solar panels, you may need to do some figuring.

On a rare rainy day early last year, my husband, Alex, and I toured what, with any luck, would become the most exciting and daunting purchase of our lives: a cream-colored bungalow-style fixer-upper, built in 1924, a few blocks from our rental in Santa Barbara, Calif. What the house lacked in curb appeal, it more than made up for in charm and utility: the original built-in cupboards in the dining room, the way the light streamed in from copious windows, the fenced backyard for our wirehaired mutt. Moldy linoleum in the bathroom would be easy to rip up. A shower head inexplicably hanging above the kitchen sink would be easy to rip out. The location was a big draw, as was, at least initially, the fact that the red pitched roof of the two-car garage was outfitted with 17 solar panels. We’d get to do our bit for the planet.

The solar array was a modern addition to a property that otherwise hadn’t changed much since 1950, when the late owner, Michael “Jug” Jogoleff, moved into the home’s 948 square feet as a preschooler with his mother and aunt, transplants from Iowa. He never moved again. He grew tall and barrel-chested and remained a lifelong bachelor, becoming a neighborhood fixture who organized block parties. His décor reflected his obsession with all things electronic, in particular ham radio. “Radios and computers were packed into every available square inch of space he could find,” and “his roof bristled with every form of antenna,” Santa Barbara’s amateur radio club wrote after he died of cancer at the age of 70 in January 2017. “He was the consummate ‘ham’ and could build anything—and did! Amateur radio has lost one of the last of the ‘real hams.’ ”

Two days after walking through Jug’s ham shack, we made an offer. A week later, just before we entered escrow, we learned the solar array hadn’t belonged to Jug. It was, in the language of the industry, a third- party-owner, or TPO, system, belonging to Sunrun Inc., the largest provider of residential solar in the U.S. I started looking into the TPO model. It’s used less often than it once was, but it’s been important in making residential solar, once out of reach for most people, much more widespread. The reason is simple: Homeowners usually pay nothing upfront. A company like Sunrun puts solar panels on your roof, connects them to your home, and claims a tax benefit for owning the system. Going forward, you pay Sunrun to provide the bulk of your electricity needs instead of your utility.

I’d soon learn that the system was tied to the title of the house. It appeared that if we bought Jug’s place, we’d have to assume his lease arrangement with Sunrun. I wasn’t sure how I felt about this as a buyer, but it definitely piqued my curiosity as a journalist. I set out to examine the value proposition carefully.

A Sunrun customer service representative told me that in the year before he went solar, Jug’s monthly bill to Southern California Edison averaged $115. Under the terms of his deal, he paid $75 a month to Sunrun. The panels on his garage were expected to cover 85 percent of his energy needs. That left him reliant on SoCal Edison for the remaining 15 percent, at a cost of about $17 a month. All in, his energy bills came to about $92, a savings of about $23 a month.

I got ahold of a copy of Jug’s contract, and quickly saw how Sunrun could afford to extend such an offer. It lasted 20 years. The payments escalated annually by 2.9 percent— they’d be 72 percent higher by 2036. The tax credit was worth at least $5,000.

Alex and I were living in a condo 50 percent bigger than Jug’s house (with air conditioning, which Jug didn’t have), and still our energy consumption didn’t come close to what Jug, with all his electronic gadgetry, had been using. We’d be paying Sunrun for more capacity than we needed. A state policy called net metering meant we could sell back excess production to SoCal Edison, earning us about $7.50 a month, but even so, the utility would charge us $10 a month or more to remain connected to the grid. Accounting for all these things, taking on Jug’s lease would translate to us paying at least $30 a month more. We’d lose money from Day 1. Supporting renewable energy is important, and I get spending a little more to help the planet. But a for-profit company like Sunrun wasn’t my idea of the right place to do it.

I asked Sunrun if it would take back the system to put it on someone else’s house. It wouldn’t. The only way to get out from under the obligation, as far as we could tell, was to prepay the balance on the remaining 18-plus years’ worth of payments and buy the hardware outright. The price: $27,300.

By mid-February, we’d reached a standstill. We wouldn’t complete the deal if it meant taking on the obligation to Sunrun. The trust managing Jug’s assets for his heirs was refusing to buy out the system. Sunrun was blocking the sale via a document called a UCC filing, which showed the company had a financial claim on the property. (Sunrun disputes how consumer advocates characterize UCC filings: “effective liens.”) Our lender was refusing to fund our loan without a resolution.

I began to grieve, and then felt like a materialistic jerk for getting so attached to a wooden box. It wasn’t that simple, of course. By then, the house represented the place where Alex and I would—maybe with a child or two one day—build our future.

A few months later, regulators would vote to make California the first U.S. state to require solar panels on almost all new homes starting in 2020—meaning TPO solar will soon become a lot more common in California. (The shares of Sunrun and its competitors soared on the news.) That’s bound to further complicate the homebuying economy as at least some buyers—or the buyers after them—make the same calculations Alex and I did.