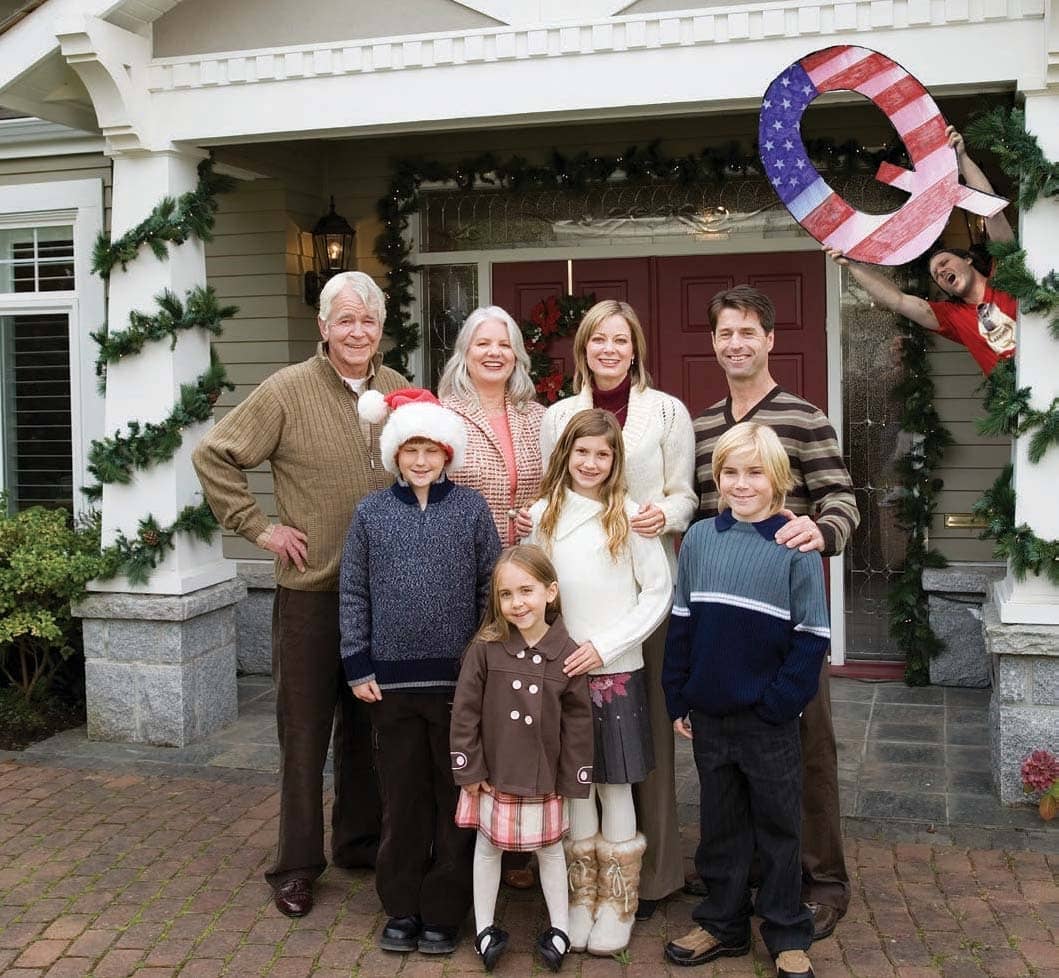 Is it too late to keep the amorphous online conspiracy movement from breaking into the mainstream?

Imagine it’s Thanksgiving or Christmas dinner, the one where the entire extended family shows up. There’s a little corner of the long dinner table where you put the relatives most likely to be awkward, so they can chat among themselves. You know who they are, the uncle and cousins who go on rants about Trump’s righteous war against an international cabal of pedophiles or Hillary Clinton’s imminent arrest. Everyone else in the family remembers the stir that corner caused when they claimed that Tom Hanks had a sex slave. No one with any sense took them seriously. Picking a fight would sap your energy and divide the clan.

For the most part, social media companies have been content to treat QAnon like those relatives. (And those are actual QAnon beliefs.) None of the tech giants were really happy the amorphous online conspiracy movement was at their party, but it wasn’t worth the trouble to disinvite them. As long as they kept to their own corner of the internet, the QAnon faithful could enjoy turkey and stuffing with everyone else.

But everything has changed. In the annus horribilis of 2020, the social networks can no longer afford to treat QAnon the same way. Why? Because it’s left its corner and is messing with the rest of the table.

Memes emanating from the conspiracy group—which are tenuously united in the discredited belief that there’s a plot to oust Trump from the presidency—have made their way into the social media accounts of everyone from Michael Flynn (who was briefly national security adviser) to White House social media adviser Dan Scavino. Sometimes these memes can be as innocent as an image featuring Trump with a QAnon slogan (as was the case for Scavino), but at other times they take on more sinister overtones such as the oath to QAnon—“Where we go one, we go all”—which Flynn posted on July 4. Trump’s account has been known to retweet accounts aligned with QAnon.

It goes down the political chain. QAnon-sympathetic Republican candidates will be on the ballot for the Senate and the House in November, including Lauren Boebert in Colorado, Jo Rae Perkins in Oregon, and Marjorie Taylor Greene in Georgia (who won an Aug. 11 runoff against an opponent endorsed by the House minority whip). It also seems to be manifesting outside the U.S. In February, in Hanau, Germany, a lone gunman espousing QAnon-like beliefs massacred nine people in bars frequented by immigrants before killing his mother and himself.

The Covid-19 pandemic has only helped the movement expand: Hundreds of thousands of people with nothing else to do have been exposed to the fringe fulminations. The Institute for Strategic Dialogue (ISD), a London think tank, says that from March through June, QAnon-related posts surged on Facebook and Twitter. While its believers were far from the only ones trying to discredit the use of masks or cast doubt on vaccines, they were among the largest groups.

“We’ve been clear that we will take strong enforcement action on behavior that has the potential to lead to offline harm,” the company tweeted as it detailed the crackdown. Twitter is suspending accounts for breaking existing rules and will no longer highlight as “trending” or recommend content and accounts associated with QAnon. It will also try to stop the movement from being played up in search. Users will no longer be able to share URLs associated with it.