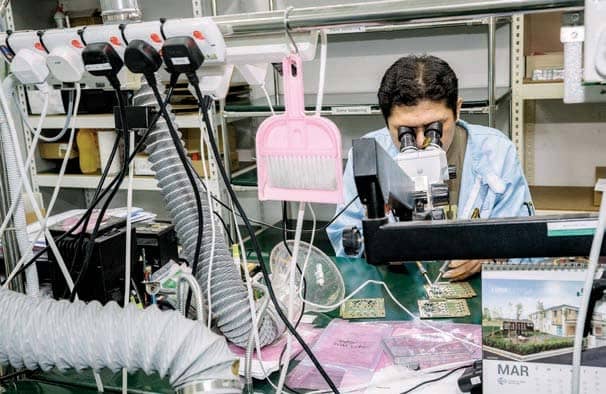 Penang’s pastel-hued, colonial-era buildings speak to the Malaysian island’s history as a key trading post for the East India Company, when spices filled its warehouses and the British and Dutch vied for dominance in the region.

Today, it’s the U.S. and China that are wrestling for economic supremacy—and Penang’s electronics industry that’s reaping benefits. Malaysia has found its niche as a neutral player in the trade war, helped by the fact that about one-quarter of the population is ethnic Chinese and an even larger proportion is proficient in English. Penang logged a 134% increase in foreign direct investment in the first half of 2019, to 9.2 billion Malaysian ringgit ($2.2 billion).

“This trade war, I think it’s a blessing,” says Chuah Choon Bin, executive chairman of Pentamaster Corp. Bhd., which makes equipment for the manufacturing and semiconductor industries. The Penang-based company has added 10 customers this year—a marked increase from the one to three it says it picks up in a regular year. Seven of its new clients are from China, which has ambitions to become self-sufficient in chips. “This year we are doing better than last year. And we know next year we will be doing better than this year,” says Chuah.