One Boy Genius Too Many 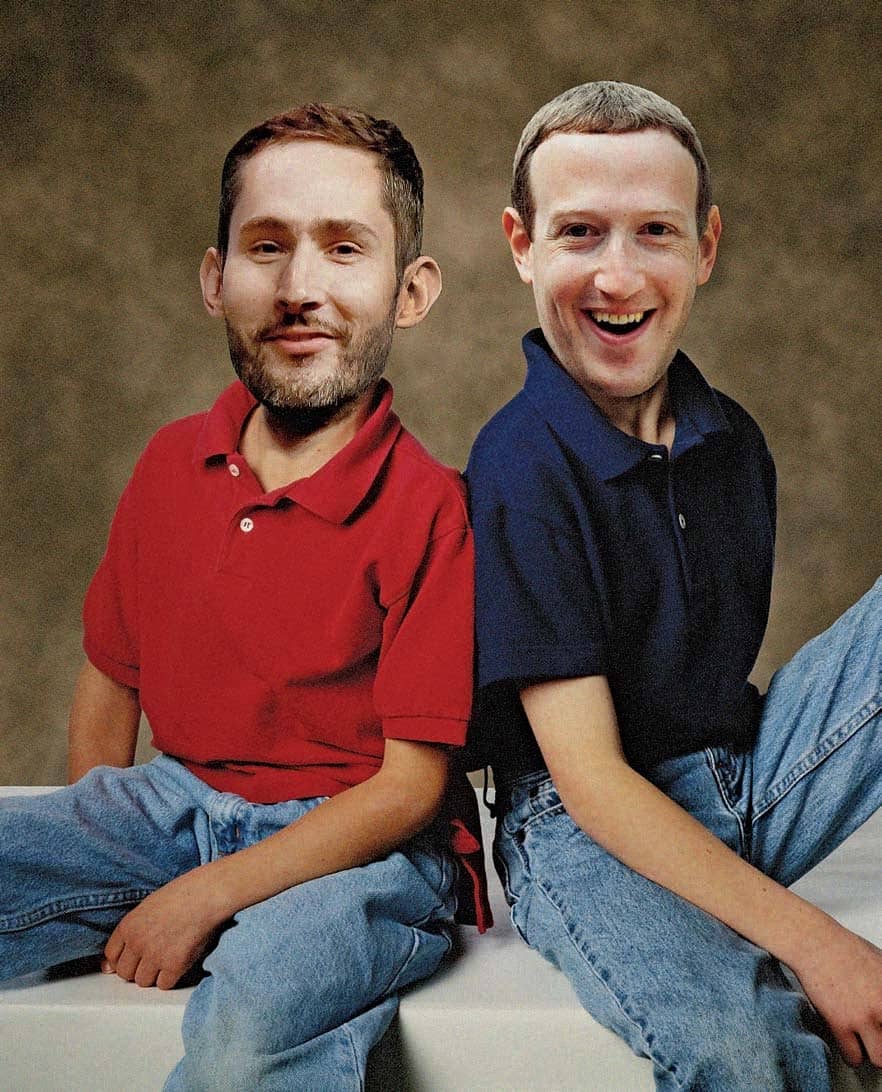 Mark Zuckerberg promised Kevin Systrom that Instagram would remain independent from Facebook. That changed as Instagram started to outshine the mother ship A book excerpt by Sarah Frier

Over the past decade, Instagram has become an engine of commerce and cultural influence with few peers—aside from its parent company, Facebook Inc. Reporter Sarah Frier’s inside look at Instagram, based on interviews with hundreds of the companies’ leaders, current and former employees, competitors, and stars, traces the union of Facebook and Instagram and the disintegration of the relationship between their chief executive officers. Facebook said in a statement that it has committed significant resources to fuel Instagram’s development and that “Instagram’s success is Facebook’s success.”

THE INSTAGRAM EVENT didn’t feel very Facebook. On a San Francisco street dotted with homeless encampments, press and the quasi celebrities known as influencers entered a former music venue through an archway made of balloons. Attendees received raspberry-cream-filled cruffins—croissants shaped like muffins—along with espresso drinks and multiple kinds of green juice. Enclaves in the space were designed specifically for selfie- taking influencers flown in to hype the coming product announcement to their digital followers.

But the event proved to be a letdown, beset by technical difficulties. Someone misplaced the file for CEO Kevin Systrom’s presentation, so it had to be remade in a scramble while guests waited. During the delay, the corporate blog post announcing Instagram TV, a new standalone video app, went up as scheduled, ruining the surprise before Systrom arrived onstage. An hour after the event ended, his iPhone flashed. It was Chris Cox, the executive whom Facebook CEO Mark Zuckerberg had recently put in charge of all his com pany’s apps.

“We have a problem,” Cox said. “Mark’s very angry about your icon.”

“It looks too much like the icon for Facebook Messenger,” Cox said, referring to Facebook’s chat service, which also had a horizontal lightning bolt shape in the center. Zuckerberg couldn’t stand that IGTV competed visually with a sister product.

The call was the latest in a string of reminders that, by 2018, Facebook saw even the slightest encroachment by Instagram as a threat. Systrom, who’d sold Instagram to Zuckerberg in 2012, had for years retained enough authority to wall off the parts of Facebook he didn’t like, often telling reporters he considered Zuckerberg to be more like a board member than a boss. Lately, though, Facebook was asserting more control, and Systrom found himself forced to satisfy the concerns of Zuckerberg and his lieutenants before adding products, hiring staff, or even making announcements about his app’s popularity.

It took months to get permission to release IGTV without any tie-ins to Facebook’s existing video product. Shortly before the event with the cruffins, Zuckerberg questioned whether Instagram should even disclose that its user count had topped 1 billion. The subtext wasn’t very sub: A Facebook property was reaching thresholds that made it look like the next Facebook, and the parent company wanted to make sure its namesake website and app didn’t suffer for the comparison.

Zuckerberg was facing blowback from years of taking shortcuts to win his product attention and ad revenue, including abusing private user data to curry favor with software developers, allowing live broadcasts of murders and suicides, and turning a blind eye to meddling in the U.S. presidential election. Yet with a global #DeleteFacebook movement growing, Zuckerberg saw his other properties, the chat apps WhatsApp and Messenger as well as Instagram, as assets in a new sense—as an explicitly linked family of software.

Zuckerberg’s purchase of Instagram, considered wildly overpriced at $715 million in 2012, is worth more than $100 billion today. Instagram now delivers $20 billion in annual revenue, more than a quarter of Facebook’s total. And Zuckerberg’s promise to leave the Instagram team largely independent inspired other founders to join Facebook, too. In 2014 he bought WhatsApp for a then-stunning $22 billion, solidifying Facebook’s dominance over modern communication, and paid $2 billion for the virtual-reality company Oculus, whose hardware he hoped would lead the way into the future.

But in late 2018, the Instagram founders abandoned their creation, and the WhatsApp and Oculus founders left the same year. With Facebook in crisis, Zuckerberg had stopped seeing his acquisitions as a portfolio of subsidiaries that could grow into potential second acts. Instead, he would lean on Instagram to strengthen the Facebook app more directly, including by weaving the software together. Today, with his company under investigation for anticompetitive behavior by the U.S. Department of Justice, the Federal Trade Commission, and 47 state attorneys general, Zuckerberg is consolidating his products’ data and building one big mega-network that will make Facebook proper look all the bigger. As one former Instagram executive complained: “Facebook was like the big sister that wants to dress you up for the party but does not want you to be prettier than she is.”