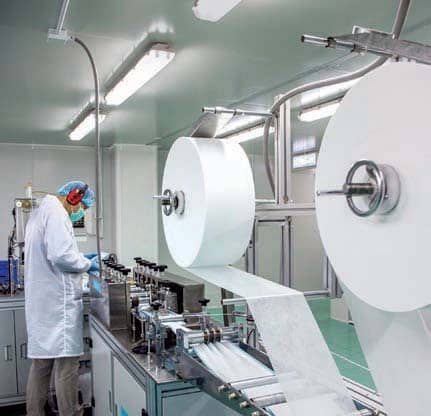 Some nations restrict exports to ensure they have enough at home

“We’re having to make tough decisions every day on who gets masks and who doesn’t,” says Einhorn, president of Dealmed-Park Surgical, which employs almost 100 people. “Do masks go to the suburban hospital or the 911 responders? It’s a huge responsibility, and we know we’re going to make some mistakes.”

Einhorn’s dilemma is playing out on a global stage. With the deadly virus now present in more than 130 countries, companies are unable to match demand for the millions of masks needed by health workers. That’s led governments to jockey for supplies: The U.S. is stockpiling, while Russia and South Korea have banned mask exports altogether. The bans are desperate measures by governments to save what little domestic production they have for their own citizens. In some countries, including Japan and Germany, doctors are being told to reuse the single mask they get daily. China produces about half of the world’s masks, and the shortages have governments and companies rethinking their reliance on the country for critical medical supplies.

“Most places are not prepared, so you now have a cascade of countries putting these export bans in place,” says Stephen Morrison, director of the Global Health Policy Center at the Center for Strategic and International Studies (CSIS) in Washington. “It’s not a long-term solution. Everyone throwing up export bans isn’t going to solve the problem of how you will get the products in time to serve these acute needs.”