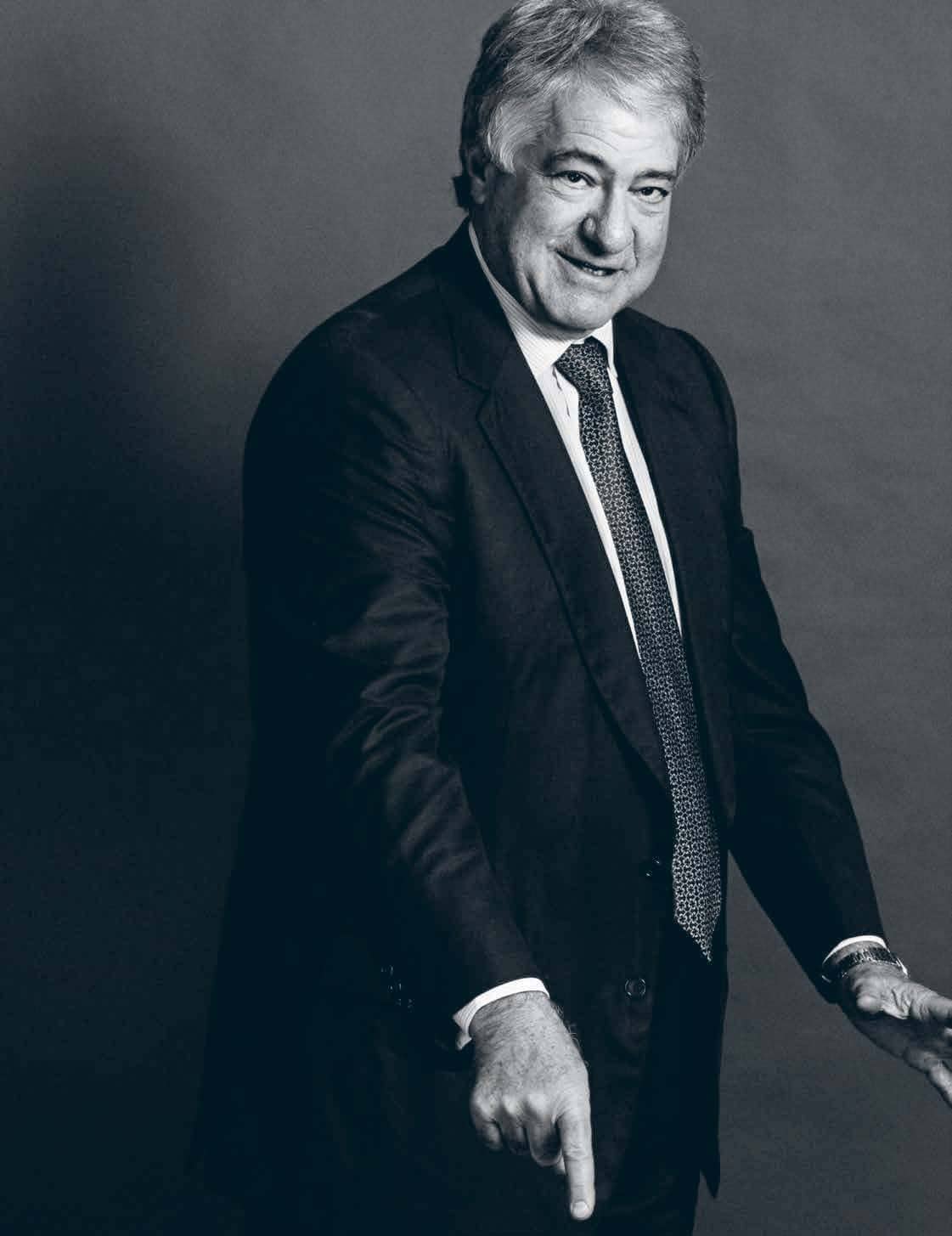 Leon Black, the most feared man in the most aggressive realm of finance, wants you to know he’s misunderstood. Not about the feared part—that much is indisputable. Black built his company, Apollo Global Management Inc., by buying struggling businesses with huge piles of debt at bargain-basement prices, imposing austerity measures on the staff, and extracting huge dividend payments and management fees. Many of Apollo’s most lucrative deals have been from companies other firms wouldn’t go near, and Black is concerned this has left him with a reputation for taking on inordinate risk. “We’ve actually made our most money during recessions,” he says, growing agitated. As his face reddens over his blue Hermès tie, his incongruously soft voice rises by an octave, and he stabs a pile of printed-out emails with an eraserless No. 2 pencil. “Everybody else is running for the doors, and we’re backing up the trucks.”

The most recent recession, triggered by the 2008 financial crisis, created an unprecedented opportunity for private equity firms, and few have taken better advantage than Apollo, Wall Street’s apex predator. During the past 10 years, its assets grew sixfold, to more than $320 billion. Black has amassed a personal fortune of $9.5 billion. Now 68, he became chairman of New York’s Museum of Modern Art in 2018, a coronation of sorts among the wealthiest of the wealthy. His office, which is guarded by a display of antique French long guns and has spectacular views of Central Park, is just above that of Henry Kravis, the most infamous corporate raider of the 1980s.

Who bears the risk in situations where Black is involved is an interesting question. A private equity takeover can involve deep payroll cuts, massive asset sell-offs, and taking on dangerous levels of debt. The process can mortally wound a company and trigger zero-sum fights over the corpse. Even if you don’t know Apollo, you know its targets: Caesars casinos, Claire’s jewelry stores, Linens ’n Things, all purchased just before the financial crisis and driven to bankruptcy under Black’s watch. That’s not always the outcome, but when it is, creditors are on the hook. Apollo, known for guarding its hoard, usually manages to walk away richer.

In this way, yes, Apollo is one of the least risky bets out there. But widen the lens, and you’ll find that Apollo and Black have spent decades skating on the edges of other people’s catastrophes. Those with money in Apollo funds were given a disturbing reminder of this in July when Jeffrey Epstein, who’d served on the board of Black’s family foundation and been known to visit Apollo’s offices pitching personal tax strategies, was arrested on federal sex-trafficking charges. Black’s deputies at Apollo scrambled to distance themselves. (Via a spokesman, Black and his co-founders deny this.) Some of the firm’s biggest investors quietly wondered whether their money was still in good hands. Lawyers combed through internal emails and other documents to ensure that Epstein hadn’t invested in Apollo funds. (The firm maintains he didn’t.)

After Epstein was found dead in his Manhattan jail cell a month later, former Apollo employees joked darkly that his death had made Black’s life easier. A fellow billionaire in his social circle, one of dozens of people interviewed by Bloomberg Businessweek, said the business community would have been far more apprehensive about doing deals with Black if Epstein were still alive. Black, who’s succeeded in shielding himself from the press for years but gave a rare interview to Businessweek, declined to comment for this article about his relationship with Epstein. He’s said in the past, however, that he occasionally turned to Epstein on financial matters such as taxes, estate planning, and philanthropy.

If anything has made Apollo seemingly risk-immune, it’s this ability of Black’s to emerge clean from a quagmire. It’s a pattern that’s defined his career: One way or another, Black always wins. That’s not what he’s talking about when he says he’s been misunderstood, of course. But if you’re an investor deciding where to put your money, it’s good to know. “From a risk/reward point of view,” he says, “we have the best game in town.”

BLACK didn’t plan to go into finance. As a child he helped his mother, a painter, assess which of her watercolors were worth framing. At Dartmouth College, from which he graduated in 1973, he was a Shakespeare devotee and philosophy major. It was only at the behest of his father, Eli, chief executive officer of United Brands Co., that he attended Harvard Business School.

One morning during Black’s second year there, his father arrived at work, used his briefcase to smash the window of his 44th floor office, and jumped to his death. A front-page New York Times story described him hurtling toward Park Avenue in a blue suit, horrifying drivers, and his briefcase bouncing toward a nearby post office loading ramp. Following an investigation, United Brands said Black had authorized a payment to a Honduran official as the company sought to reduce export taxes on its Chiquita bananas.

“My father was God to me. And then he committed suicide. Suicides, you know, aren’t usually committed by gods,” Black says. “It took me years of therapy to get over that and to figure out where he ended and I began.”

Black had once entertained becoming a writer or filmmaker, but found himself working at accounting firm Peat Marwick (the future KPMG) and with the publisher of Boardroom Reports. He interviewed at Lehman Brothers, only to be told he didn’t have the brains or personality to succeed on Wall Street.

Then a family friend introduced him to Fred Joseph, a rising star at Drexel Burnham Lambert Inc., who recruited Black in 1977 to join what was emerging as the most exciting and lucrative investment bank on Wall Street. Many of his Drexel colleagues from that time remember Black as a floppy-haired, intemperate kid who was prone to outbursts and frequently played hooky. (Black contests this characterization, saying he was shy and didn’t like getting up early.) But he was a hit with the people who mattered: Joseph, who became a father figure, and the firm’s driving force, Michael Milken. Within four years, Black made partner.

Milken’s bankers helped clients find ripe takeover targets and sold packages of debt to finance the deals. The bonds had to have sky-high interest rates to entice Wall Street buyers, but the corporate raiders didn’t mind: It was the targets, not them, who’d have to make good on the debt. Milken’s shop became the envy of Wall Street’s more conservative firms, whose denizens dubbed these bonds “junk.” Black still bristles at the word. “We were never accepted by the Goldmans and the Morgans and the Kidder Peabodys and the First Bostons,” he says. “What Fred wanted to do was to put together a team who had that desire to prove themselves— us against the world.”