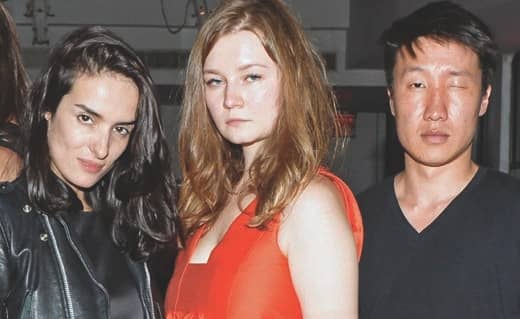 In May, a 28-year-old named Anna Sorokin, who went by the name Anna Delvey, was sentenced to four to 12 years in prison for grand larceny and theft of services. She’d persuaded City National Bank to give her a $100,000 loan, skipped out on tens of thousands of dollars’ worth of hotel bills, and chartered a private jet for $35,000 to attend the Berkshire Hathaway Inc. annual shareholder meeting. She didn’t pay that back either.

Delvey did all of this, she claimed, in an effort to open a social club/art space, which she planned to call the Anna Delvey Foundation.

Although she could have gotten a lighter sentence—Delvey turned down a plea deal—it actually might have been worse. Prosecutors additionally wanted to charge her for the time she persuaded a friend named Rachel DeLoache Williams to pay for both of their economy-class tickets (plus tickets for their trainer and a freelance videographer) to La Mamounia, a five-star resort in Marrakech, Morocco. After all four moved into one of the hotel’s $7,500-a-night villas, Delvey feigned shock that her own credit cards didn’t work and persuaded Williams to spot her the cost of the stay. The trip’s total came to about $62,000, which also included meals, transportation, shopping, and a guided tour of Yves Saint Laurent’s former home. Delvey promised Williams she’d repay her and, of course, didn’t. Prosecutors charged Delvey for the episode; the jury found her not guilty.