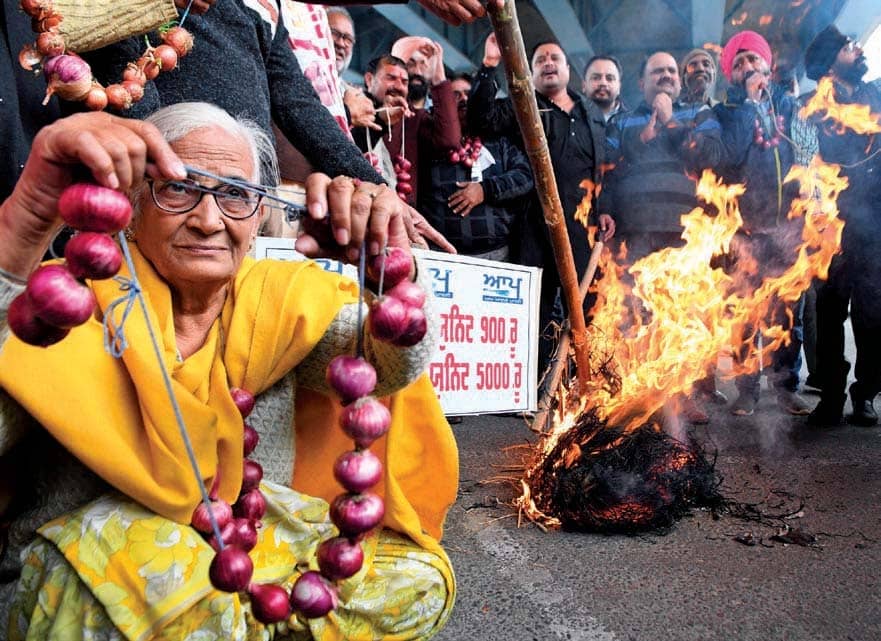 Growth is stagnating, and the people are protesting. What happened?

Just two years ago, Prime Minister Narendra Modi was helming an economy expanding 8%, spurring optimism that India was on a path to become a major driver of global growth.

Now stagflation looms as the economy grinds toward its slowest expansion in more than a decade. At the same time, inflation has spiked above the central bank’s targets, reaching a five-year high of 7.4% in December, led by higher food prices. With revenue dwindling and the budget stretched, Modi’s government has little scope to intervene with fiscal support and the economy threatens to become a political liability.

What went wrong? Policy missteps—including the banning of high-value cash notes at the end of 2016 and the chaotic implementation of a unified goods-and-services tax the following year—were followed by a drop in domestic consumption and a credit crunch. The decline in lending in turn triggered a crisis among shadow lenders, key providers of small loans to consumers and businesses.

“We are really extremely close to a point where we could be dipping into a major recession,” Abhijit Banerjee, winner of the 2019 Nobel Prize for economics, said this month to a newspaper in Mumbai. He urged authorities to abandon inflation and deficit caps. “You definitely want to stimulate demand,” he said.