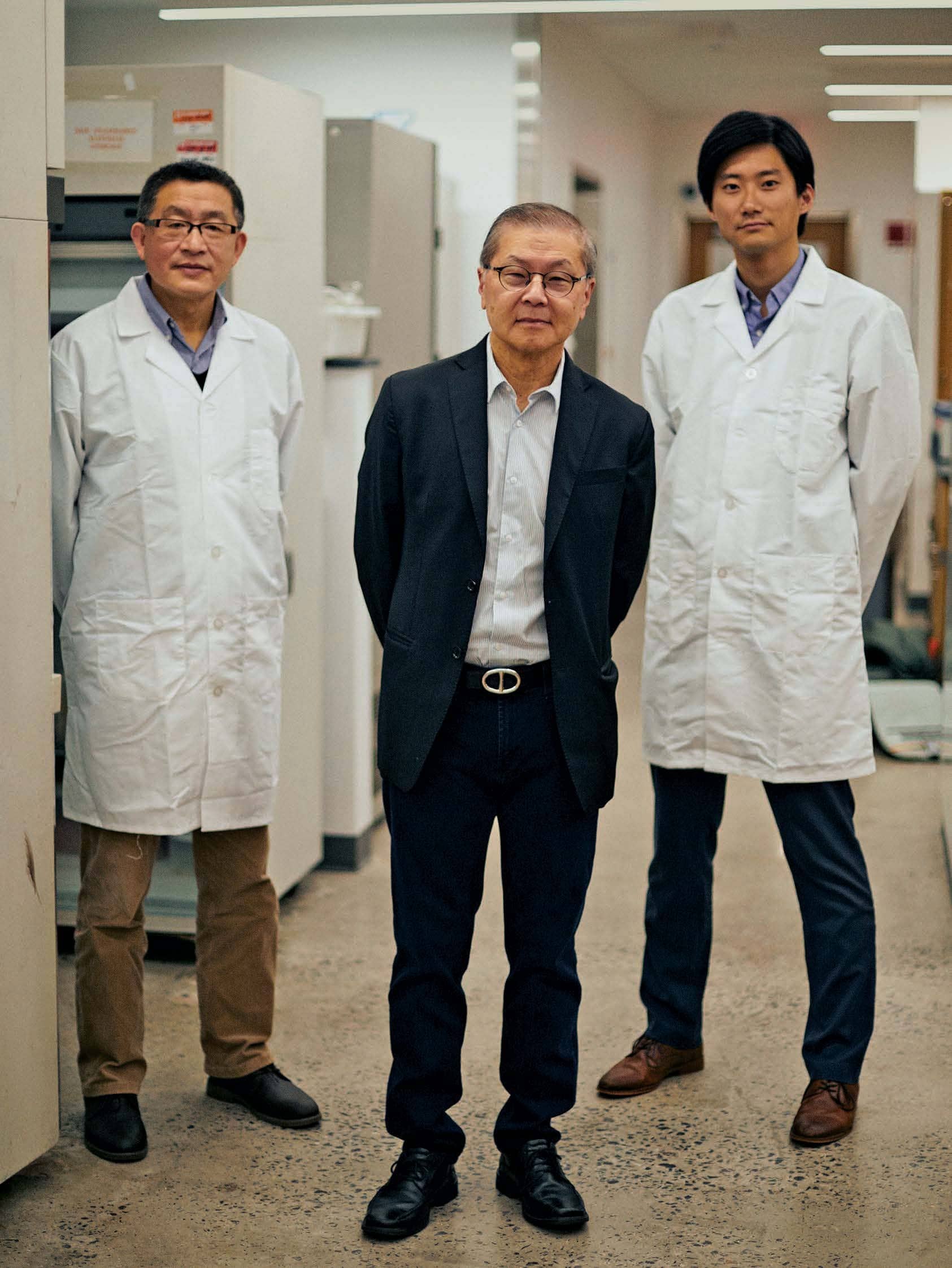 It seems obvious now that David Ho, arguably the world’s most famous AIDS researcher, would get involved in seek-ing a treatment for Covid-19, the disease caused by the new coronavirus. It seems obvious that he would redirect the work of his several dozen scientists at the Aaron Diamond AIDS Research Center. That he would, as he says, “rob Peter to pay Paul” to get started with funds meant for the lab’s HIV studies. That he would receive $2.1 million from the Jack Ma Foundation in Hangzhou, China, without even asking and an additional $6 million from other private donors, among them a few very concerned businesspeople.

But in late December, when Ho was tracking reports of a few cases of unexplained pneumonia in Wuhan, it wasn’t obvious he’d be needed. “We were paying attention but didn’t think we would get involved. It seemed rare—and over there,” he says. In early January, as his lab changed its affiliation from Rockefeller University to Columbia University and moved to Upper Manhattan, the situation in Wuhan had become worse. Ho still wasn’t sure if he should get involved. “The scientists in China were already doing so much,” he says. Many of those scientists, in Beijing, Hong Kong, and Shanghai, are former students of his. “They could very well do the job.”

He’d also seen funders lose interest in emerging diseases after the immediate panic about an outbreak subsided. Severe acute respiratory syndrome, or SARS, for example, had been contained relatively quickly in 2002, and as soon as it was, money for research became scarce. Ho’s lab had developed antibodies that could have been used to pursue treatments for SARS, another coronavirus, but it was too late—he couldn’t raise the $20 million or so he needed to continue pressing forward on his own. “No one seemed to care,” he says. “That’s frustrating.” If he’d found the money, it’s possible he’d be closer to a treatment for the new coronavirus.

By mid-January the magnitude of this epidemic was becoming clear. The Chinese government was making plans to quarantine the city of Wuhan, and four other countries reported cases. Scientists had identified the virus and shared its gene sequence. Ho also believed that this time the Chinese government, for one, would provide funding for sustained research. “They’ve learned their lesson,” he says. He decided to get involved.

Eight weeks later, the virus has taken hold around the world. Counting the ill and calculating the rates of infection and death are daily, hourly exercises in caution and dread. The 1918 flu pandemic killed at least 50 million people. The HIV pandemic has so far infected 75 million and killed 32 million. The death rate for Covid-19 appears to be much lower—it remains uncertain—but the illness spreads easily. If it reaches only 1% of the global population, that would mean 75 million people would be infected, and at the current mortality rates, 1 million would die.

Scientists at Ho’s lab, and at Johnson & Johnson, Pfizer, Regeneron, and at least 10 other drug and biotech companies, are working as quickly as they can to identify treatments. This virus is part of a family they’ve come to know. They’re rushing to test old compounds even as they devise programs to create new ones. Among the furthest along is Gilead Sciences Inc., which is testing remdesivir, an antiviral drug tried on Ebola patients, on corona virus patients around the world. Gilead expects to report initial results in April.

Scientists say they can tame this corona virus, but for a while it will move faster than they’ll be able to. It may be a year or more before any specific treatment for Covid-19 is available. Until then we’ll have to contain it with distance and soap and the drugs we already have.

Even once there’s a treatment, it’s probable that Covid-19 will remain with us for longer than we’d like. Completely wiping out something this widespread is exceedingly difficult, Ho is quick to say. Only one such virus has been eradicated: smallpox. That took about 20 years.