McDonald's: Not Lovin' It 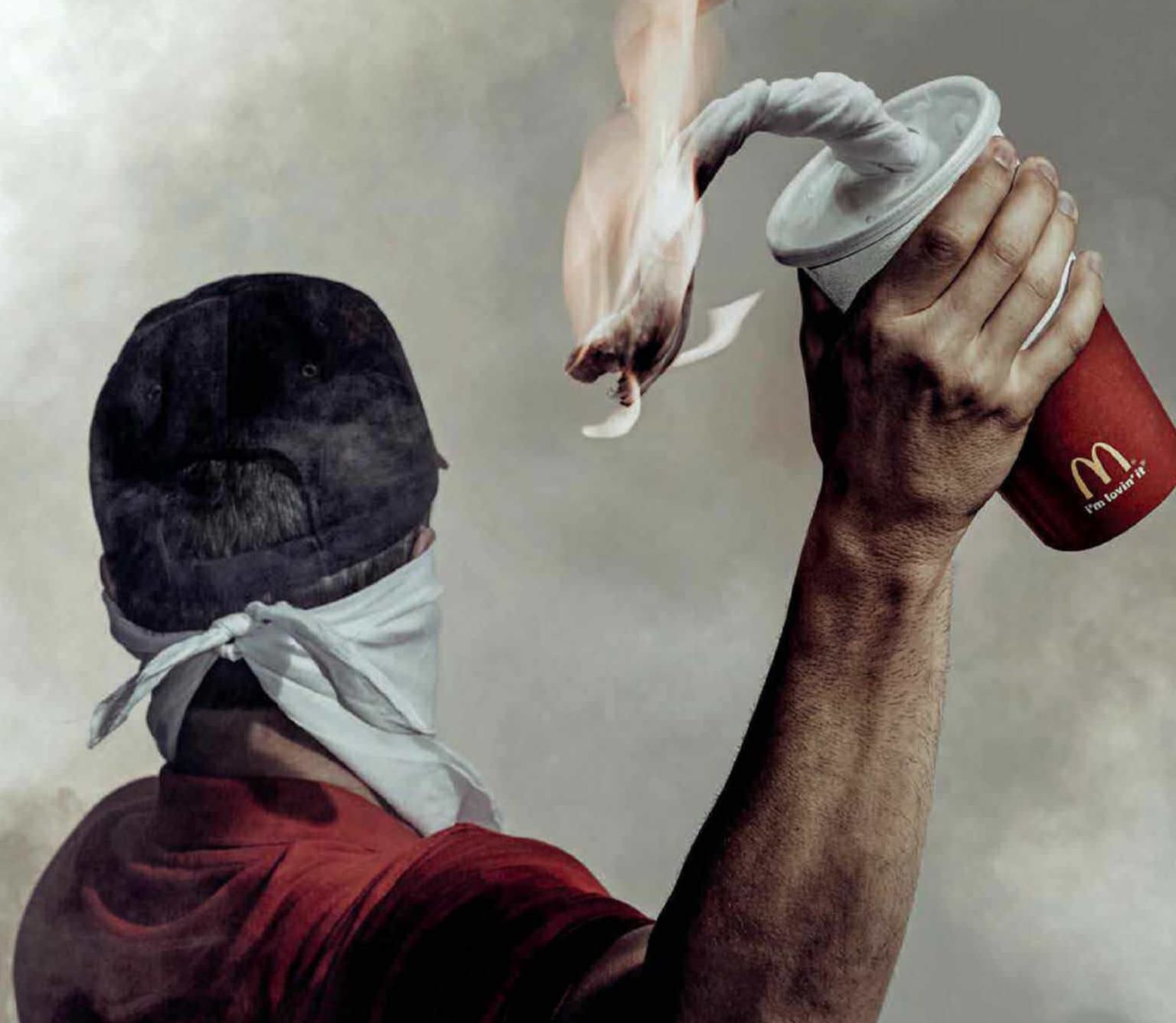 Skinny lattes, wraps, and other frustrations of McDonald's owners.

Al Jarvis was 16 when he started working at a McDonald’s in Saginaw, a city in Michigan, in 1965. His first customer ordered an All-American: a burger, fries, and shake for 52¢. Soon Jarvis was working 50 hours a week and catching up on sleep at school. He skipped college to manage restaurants. By 1977 he was advising McDonald’s franchisees and helping with store openings across the state. One day in 1980, as he was unpacking his garment bag, his young son asked, “Daddy, where do you live?” So the next year he bought a McDonald’s in Hastings, southeast of Grand Rapids. Over the years he hired hundreds of employees, saw dozens of menu items come and go, and spent four or five hours a day, five or six days a week, watching over the counter and grills from his vantage at the fry station.

Jarvis looked forward to celebrating 50 years with McDonald’s this past May. And then, six months short of that milestone, he sold his restaurants. “I wanted to get the hell out,” he says one recent morning as he sits in the Hastings McDonald’s, sipping a skinny vanilla McCafé Latte. Such “foo-foo coffee,” as he calls espresso and its variants, is partly why he bailed: He loves the taste, but the complexities of making it came to epitomize his disillusionment with McD’s. “The service times went up because of the expansion of the menu,” he says. “I think they went a little overboard. It was difficult in the kitchen. When I would come down Apple Street behind the restaurant and see cars backed up at the drive-thru, my stomach would just knot up. The people were different, the company was different. It became very frustrating.”

There are 5,000 McDonald’s franchisees around the world. They run 82 percent of the chain’s 36,000-plus restaurants and generate a third of its $27.4 billion in annual revenue. The average franchisee has six outlets; Jarvis had two, including one he built in Gun Lake, near Hastings. A lanky 67-year-old known around Hastings as Big Al, he likes to say he has ketchup in his blood. His watch is embossed with the Golden Arches logo. “McDonald’s was awful good to me,” he says. “I believe in the brand.” But like many of his fellow operators, he wonders whether executives at headquarters will figure out how to innovate while staying true to the chain’s promise of serving good-tasting food fast. Jarvis’s experience suggests the answer is no, and unlike current franchisees, who are reluctant to speak on the record because they don’t want to provoke HQ, Jarvis is free to say what others can’t or won’t.

“I don’t think they know what they want to do,” he says of McDonald’s top executives. “They’re saying, ‘Let’s go back to basics,’ then they’re doing these customized burgers, and they’re talking about all-day breakfast.” He shakes his head. “I feel sorry for the managers and the crew. That’s not our niche. We make burgers and fries.”

For the first time in at least three decades, McDonald’s this year will close more restaurants in the U.S. than it opens, for a net loss of 59 locations. Same-store sales in the U.S., where McDonald’s gets 30 percent of its revenue, have declined in eight of the past 10 quarters. It’s a number that Wall Street watches closely. The company’s shares have underperformed the Standard & Poor’s 500-stock index for the last three calendar years.

McDonald’s has gussied up its restaurants, stuffed tortillas with baby kale, and promised to rid its chicken of antibiotics, all to little avail. This year it promoted a sirloin burger in ads bringing back the Hamburglar character as a hipster with chin stubble and a Zorro mask; the company recently said the sandwich didn’t meet sales expectations. The sirloin burger was only the latest would-be hit that flopped.

At the same time, a glut of new menu items has slowed service to the point that McDonald’s drive-thru waits in 2013 grew to their longest since at least 1998, according to QSR, a restaurant industry magazine. Slowness at McDonald’s is, of course, sacrilege. If nothing else, the chain has always been known for speed. Ever since the days of owner Ray Kroc, it’s been a growing network of continuously improved assembly lines delivering the exact same food in the exact same form as quickly as possible.

And it’s not like people are tired of burgers. Smashburger, In-N-Out Burger, BurgerFi, and Five Guys Burgers & Fries are all expanding. So is Shake Shack, which has grown from a cart in a Manhattan park in 2001 to 71 locations (each estimated to ring up, on average, about twice the sales of a McDonald’s store in the U.S.) and which saw a January 2015 initial public offering. In Chicago, customers wait in line for three hours for the cheeseburgers at haute diner Au Cheval.

McDonald’s is also trying to compete with Starbucks, Chickfil-A, and Jamba Juice. Rare is the food trend that the company won’t try to prefix with Mc. “They’re doing too much,” says Bob Goldin, executive vice president at researcher Technomic. “And they don’t seem to be the best at anything anymore.” Franchisees polled recently by industry analyst Mark Kalinowski registered their gloomiest six-month outlook in the survey’s 12-year history.

This summer, McDonald’s raised hourly worker wages at company-owned stores to at least $1 above the local minimum. That may be a good or bad move, depending on one’s views of the free market. Either way, it put pressure on independent operators to follow suit, which hardly renewed their affection for the suits at headquarters. Steve Easterbrook, the 48-year-old Brit who became chief executive officer in March, has named an executive to strengthen ties with franchisees. In an e-mail, McDonald’s spokeswoman Becca Hary said, “We have a strong working relationship with our independent franchisees, and together we are standing strong and working to turn around McDonald’s business.”