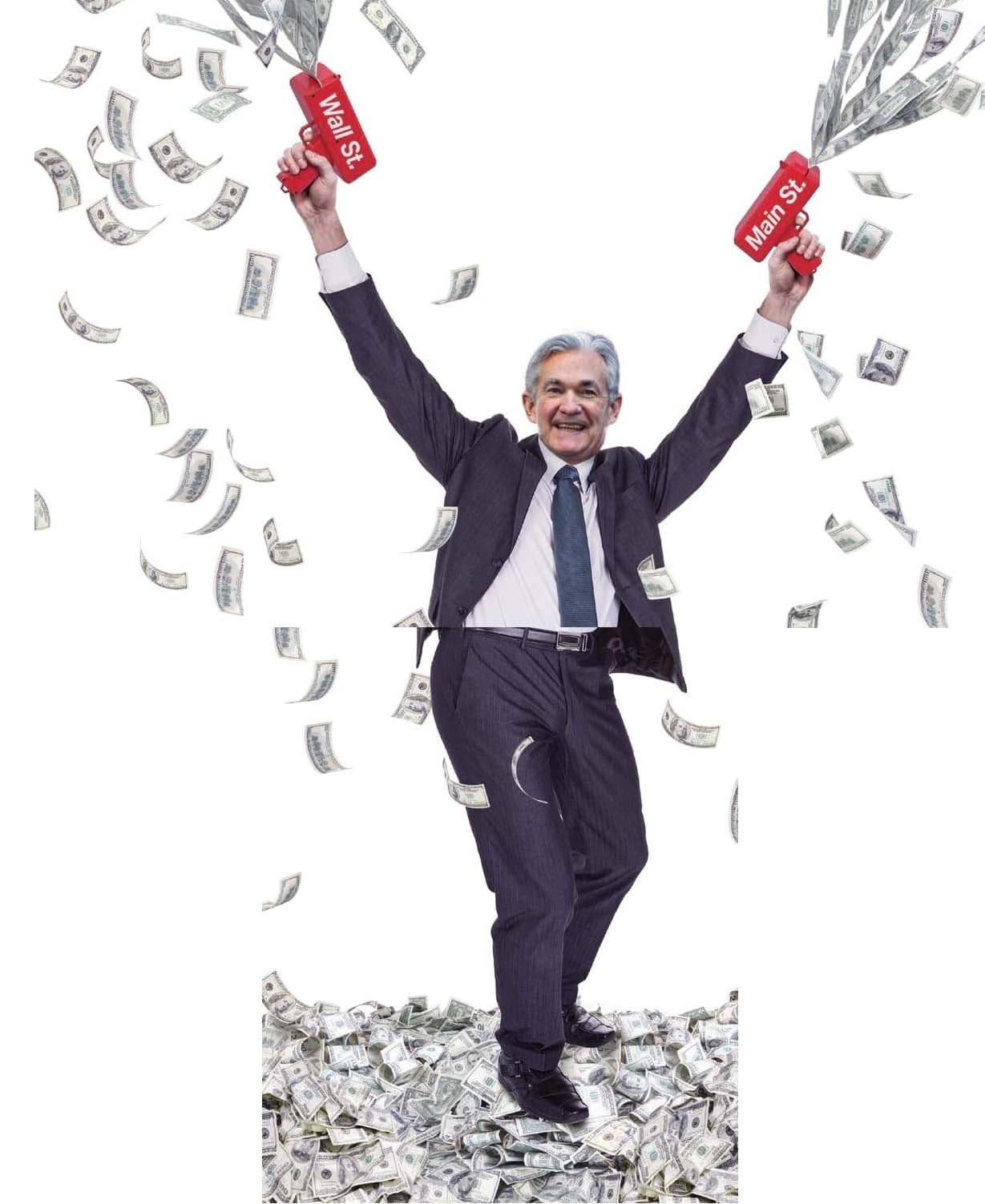 Federal Reserve Chair Jerome Powell and his colleagues had a hard decision to make as the coronavirus epidemic worsened in February and March. If they stuck to the standard policy of buying only highly rated bonds, they would likely be accused of favoring Wall Street over Main Street—the traditional rap on the Fed. If they got creative, they could help more sectors of the economy but they would almost certainly be accused of overreaching, picking winners and losers, rescuing the unworthy, and risking losses that would ultimately be borne by taxpayers.

They decided to get creative. More creative, in fact, than any Fed leaders since the birth of the central bank in 1913. They not only relaunched the special lending programs built for the 2008-09 financial crisis, but they invented entirely new ones to rescue both big and small businesses. Powell’s immediate predecessor, Janet Yellen, called the actions “rapid and enormous.” Ben Bernanke, who set the previous record for Fed activism, commended Powell while calling some of the newest measures “important and difficult.”

The Fed’s fire hose of lending hasn’t prevented a recession, but it’s protecting the financial system from seizing up. Fear was so rampant in the financial markets in early March that even some normally in-demand Treasury securities—such as certain slightly older issues of 10-year government notes—fell out of favor.

Now that the Fed is buying, investors have been more willing to buy as well. That’s pulled down interest rates for a wide range of debt, making it easier for borrowers to finance themselves and stay in business. And stocks have rebounded from their lows in late March. “They should be very proud of the way they have been able to return financial markets to a more normal situation,” says Torsten Slok, chief economist at Deutsche Bank Securities.

Powell portrays the Fed’s choice as no choice at all, but a necessity. It’s politically important for the central bank to be perceived as apolitical and technocratic, not a decision-maker akin to Congress or the White House. In an April 9 speech, he seemed to channel Winston Churchill, saying, “None of us has the luxury of choosing our challenges; fate and history provide them for us. Our job is to meet the tests we are presented.” He added, “At the Fed, we are doing all we can to help shepherd the economy through this difficult time.”