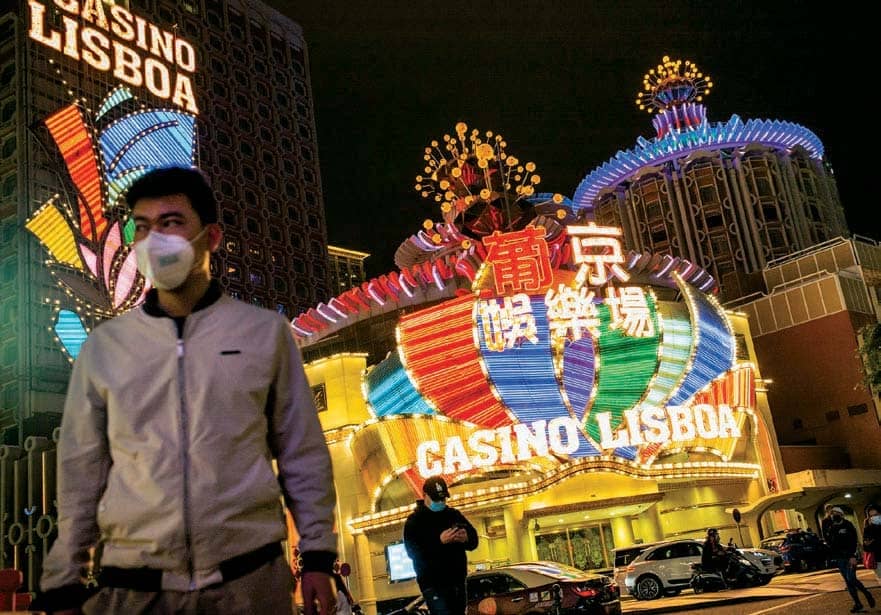 Despite China’s rebound, its gambling capital is in a slump even Golden Week can’t break

In a normal year, right about now would be the start of a tourism tsunami across China. And after five months of near-zero revenue, Macau’s pandemic-weary casinos were hoping that a rush of travelers during China’s Golden Week would provide a fast rebound. Starting Oct. 1, the anniversary of the founding of the People’s Republic, the holiday— it actually lasts eight days this year—usually sees the world’s biggest gambling hub hit more than twice its normal population as mainland punters stream in.

But even though Beijing finally started handing out visas and easing travel restrictions over the past two months, Macau has seen only a trickle of arrivals, and its gaming floors remain largely empty. The most optimistic predictions now are that Golden Week will deliver half of last year’s almost 1 million tourists—a big disappointment for a local economy that contracted 68% in the second quarter.

“Everyone’s expectation is to do a percentage of the past year’s [revenue]. No one is expecting to have an immediate rebound,” says Linda Chen, vice chairman of Wynn Macau Ltd., affirming industry estimates that this year’s Golden Week will log only 30% to 50% of last year’s gaming revenue, which gaming consultancy IGamiX pegged at about $1 billion. “We need to do it step by step. To have a successful, issue-free Golden Week period will turn around the whole perception of travel to Macau.”

Those figures are all the more underwhelming given that the Las Vegas Strip, which brings in only a fifth of Macau’s returns, saw gaming revenue hit 60% of last year’s level in July after casinos gradually reopened in June. And in Cambodia, an up-and-coming destination for Asian gamblers, NagaCorp Ltd.’s gaming revenue jumped to more than 90% of pre-Covid levels in August after its casino complex reopened in early July.