MONTANA: Where Politics Is Still Local 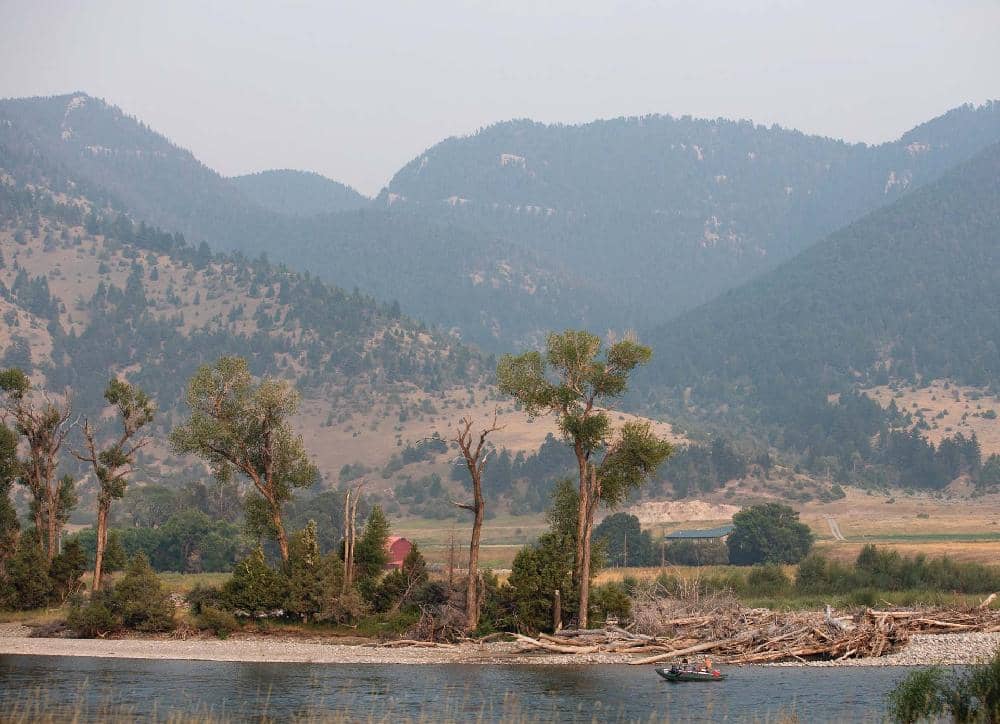 Within a generation the U.S. Senate has become a virtual mirror of the Electoral College— except in Montana, where a popular Democratic governor just might swing control of the chamber

Montana’s Battle of the Steves started at the buzzer. On the morning of March 9, the last day to file as a challenger to U.S. Senator Steve Daines, the first-term incumbent held a commanding lead in his bid for reelection. Daines, a former software executive and reliable Republican ally of President Trump, was considered a lock over the scattered field of little-known Democrats who’d declared their candidacies. But that was before the secretary of state’s office at the Capitol in Helena received a last-minute visitor: Governor Steve Bullock, a two-term Democrat and the state’s most popular politician, who arrived to submit his filing papers from his office across the hall. “We decided that this wasn’t a time to be on the sidelines,” Bullock said after filing.

Bullock’s entry upended the Senate race. Most of the half-dozen other Democratic contenders quickly withdrew, and suddenly the party seemed to have a chance. Daines has swayed undecided voters since July and narrowly retaken the slim advantage the governor held in early polls, but most survey results so far have remained firmly within the margin of error. The Bullock-Daines election seems likely to be among America’s most competitive on Nov. 3, and with Republicans nursing a fragile 53-47 majority in the Senate, Montana’s might just be the unlikely seat that flips the upper chamber into Democratic hands.

The campaigns declined to make the candidates available for interviews for this story. In an email, the Bullock campaign said the governor will put Montana’s needs ahead of party leaders and individual interest groups. The Daines campaign said Bullock is too focused on defeating the president. As the Republican National Convention began in late August, Daines told the Billings CBS affiliate that “Montanans want to elect a senator who’s going to stand with President Trump.” 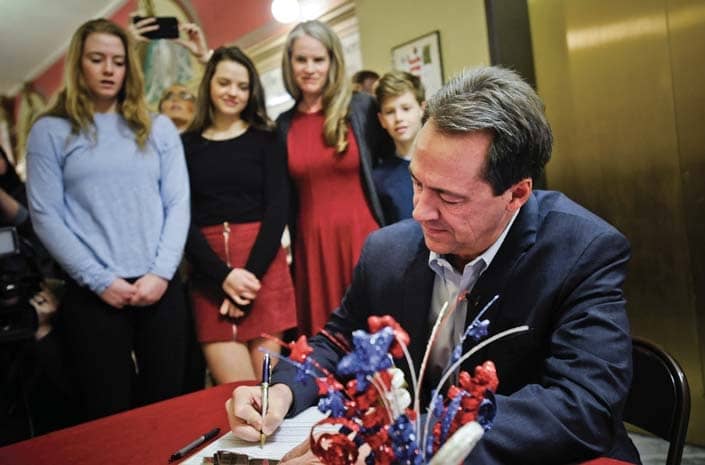 Four years ago, Trump won Montana by 20 points. Today, with more than 180,000 Americans dead from Covid-19, including about 90 Montanans, he’s still comfortably leading former Vice President Joe Biden by about half that margin. Montana has voted Republican in every presidential election since the 1960s with the exception of Bill Clinton, who benefited from third-party candidate Ross Perot’s strong showing there in 1992. And since then, the Senate map has come to much more sharply resemble the Electoral College, because most Americans now cast their ballots for the same party all the way down the ticket. A generation ago fewer than half the country’s 100 senators came from the same parties that won their states’ presidential votes; now the number stands at 89. (Among the Senate seats in contention in 2016, that Venn diagram was a circle.) For the most part, the cliché that all politics is local seems out of date in the U.S.

Montana is an outlier. Although Republicans rule the statehouse and these days tend to win the state’s only seat in the U.S. House of Representatives, voters have elected Democrats in the past four gubernatorial campaigns and five of the past six U.S. Senate races. “It’s a populist purple state,” says David Parker, a political scientist at Montana State University who’s focused on recent Senate campaigns.

As governor, Bullock has embodied some of the contradictions and nuances of a massive state with 1 million people and an outdoors-centric economy. He supports a public option, a government health insurance program to compete with private plans, but not the single-payer health insurance system often called Medicare for All. He supports freezes to college tuition and greater state spending on education but not the cancellation of student debt or free tuition for public colleges. He supports running the long-delayed Keystone XL oil pipeline through Montana, as long as it’s in consultation with American Indian tribal leaders and nearby landowners.

There are three perennial targets in Montana elections: Big Government, big corporations (notably Big Pharma), and outsiders, loosely defined as anyone who didn’t grow up there. Bullock’s last gubernatorial campaign stressed the New Jersey origins of a rival who’s lived in Montana since the 1990s. Two years ago, Montana’s senior senator, Democrat Jon Tester, narrowly won a third term after branding his opponent, who moved to the state in 2002, as “Maryland Matt.” 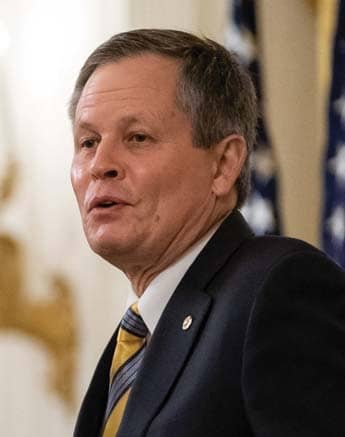