Lives vs. Livelihoods? Why Not Have Both? 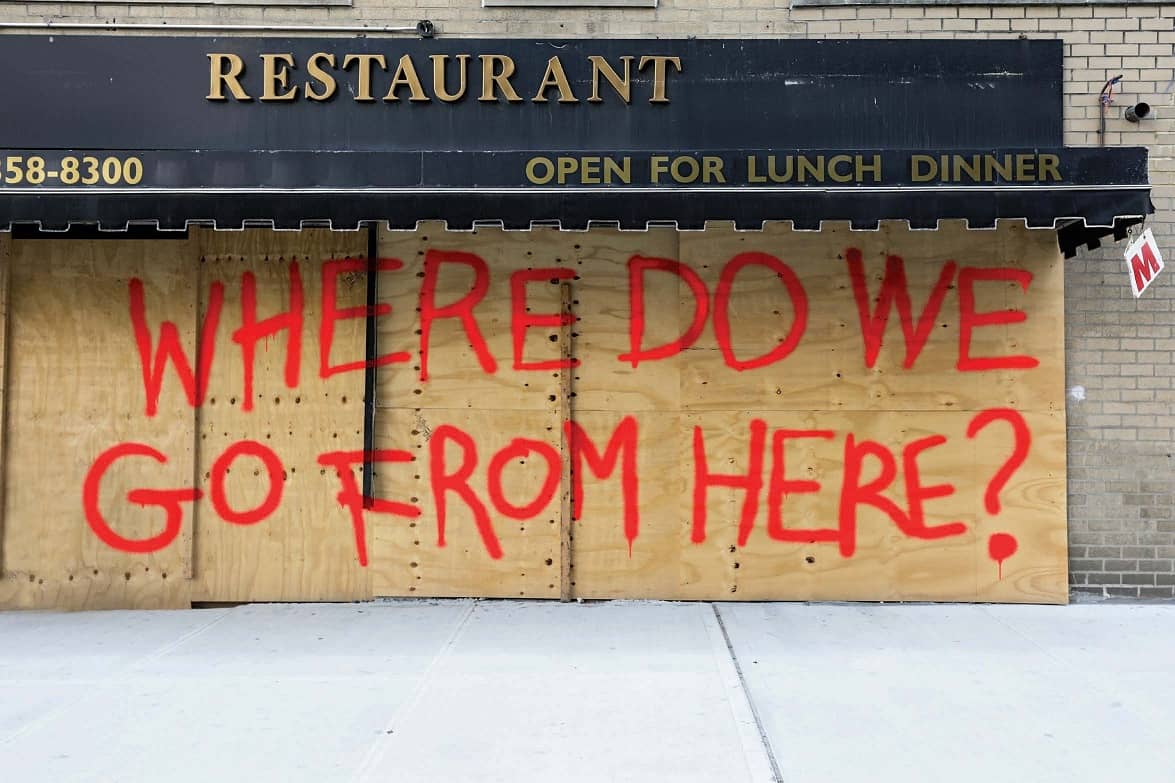 Trump is gambling on reopening the American economy early, even if it costs more lives. But that’s a false choice. We can reboot and still be safe. Here’s a realist’s guide to getting through the pandemic.

David Rocke, a mathematician at the University of California at Davis, has been watching President Trump’s pandemic performance with a scholar’s interest. The president’s touting of (and now maybe even using) the rheumatism drug hydroxychloroquine, his musing about injecting disinfectants, and his egging on of armed anti- shutdown protesters all look to Rocke like a species of what game theory calls “gambling for resurrection.” The concept is that if you’re behind in a game—say, a presidential campaign—big, bold moves can make sense, even if there’s only a small chance they will pay off. If someone does stumble on a miracle cure for Covid-19, or the national economy somehow gets going by Election Day, then both Trump and the American people win. If the gambles fail, he’s no worse off because he was probably going to lose the election anyway. As for the American people, they could wind up much worse off from his experiments. But if the president has a bad Election Day, that won’t be his problem anymore.

From the perspective of game theory, Trump’s wager is highly rational, says Rocke, who handled the math parts of a 1995 book on gambling for resurrection called Optimal Imperfection? Domestic Uncertainty and Institutions in International Relations, which he wrote with the late political scientist George Downs. On the other hand, Rocke allows that the president may just be winging it. With Trump, he says, “it’s very difficult to tell how much is craft and how much is idiocy.”

The U.S. has gotten into a bad place from which there are no good exits. It desperately needs to reopen the economy and yet is vulnerable to a resurgence of disease if it does so without careful preparation. The economy lost 20.5 million jobs in April, and the unemployment rate rose to 14.7%. At the same time, as of May 20 there have been more than 1.5 million cases of Covid-19 in the U.S. and almost 92,000 deaths, vs. 58,000 in the Vietnam War.

With the election approaching, it’s reasonable to assume that Trump will double down on his gamble to get the economy to bounce back from what Bloomberg Economics calls the sharpest decline since World War II. But what about everybody else? What’s the right strategy—for companies, Congress, state and local governments, and families—as the U.S. begins to reopen with the virus still on the loose? Consider this a realist’s guide to outlasting the pandemic.

There’s actually a fair chance that Trump’s bet will pay off. Let’s say the number of new cases continues to fall nationally, as it has in most of the world, because most people continue to take precautions. Deaths remain elevated in nursing homes, prisons, and crowded multigenerational housing, but the public regards that as an inevitable consequence of the pandemic and doesn’t blame Trump. Democrats come to be seen as silly hand-wringers or, worse, obstructionists who tried to kill growth for political ends. Trump suddenly has a good shot at winning a second term.

Two points about that scenario. One, allowing more vulnerable people to die is a choice, not an inevitability. Two, there’s a risk that things will turn out much worse, with a second or third national wave of infections that kills tens of thousands or more.

The Trumpian framing device—lives vs. livelihoods—is a false choice. “Will some people be affected? Yes. Will some people be affected badly? Yes,” Trump told reporters during a factory visit on May 5. “But we have to get our country open, and we have to get it open soon.” In reality, reopening too soon is likely to cost both lives and livelihoods. The economy won’t regain full strength if people remain afraid to leave home or if fresh outbreaks force renewed closures. Other countries from Iceland to South Korea to New Zealand have shown that stopping the virus cold first is the most effective way to save the economy. Even then victory is not complete. China has imposed a new lockdown on more than 100 million people in its northeast amid fears that a flare-up there may have been caused by a harder-to-detect version.

While Trump aspires to refill stadiums with fans, the hard reality is that, until there’s a vaccine, life will have to be different, and worse. Surviving the pandemic will be enormously expensive, not only in dollar terms but in the changes people need to make, from mask-wearing to isolation of the elderly to bans on large gatherings. Months after the outbreak began, the U.S. remains short of reagents, swabs, and other materials needed for widespread testing and lacks the infrastructure to trace the contacts of people who test positive—critical components of any reopening plan.