Lagos Is Facing Its Bottle Problem 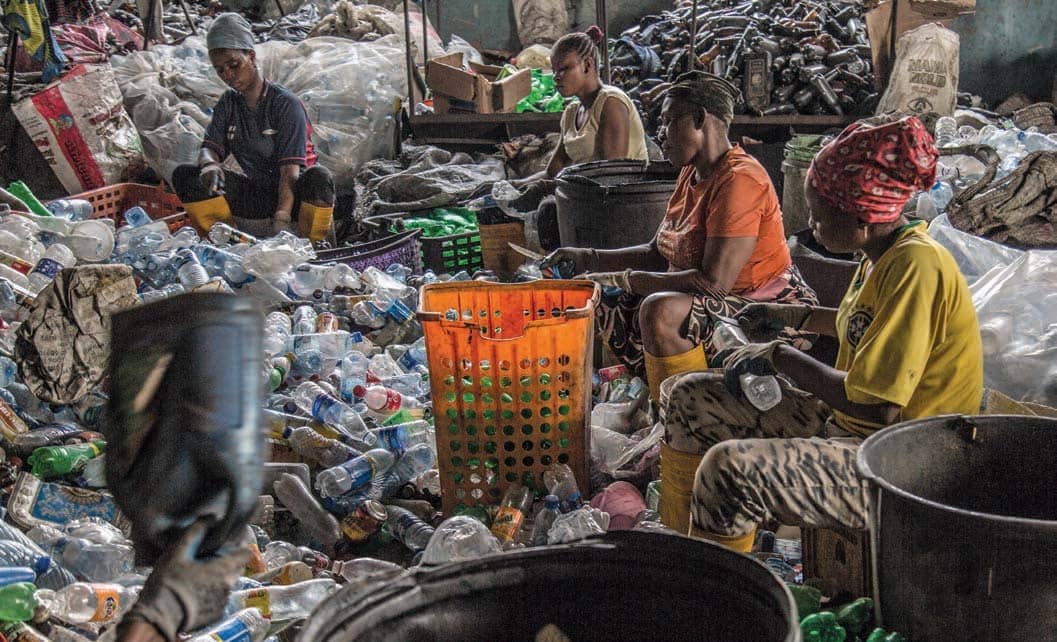 With plastic beverage container use doubling in three years, pressure to recycle is building

With 21 million residents whose growing needs have far outpaced the supply of basic services such as electricity, water, and roads, Lagos, Africa’s most populous city, has plenty of unique challenges. But there’s one it shares with megacities around the world: a worsening plastic waste problem. The amount of plastic bottles used in Nigeria has doubled in just the past three years, to an estimated 150,000 metric tons annually, with half of them consumed in Lagos, according to the Food and Beverage Recycling Alliance (FBRA), a trade group. Four-fifths of the containers are never reused or recycled, and during even a modest rain, the city’s streets can flood because litter—much of it plastic trash—blocks drainage lines.

That’s why informal collectors such as Mary Alex could be key to the city’s sustainability future. The gregarious 44-year-old with a gap-toothed smile owns a food and drink kiosk in the historic center of Lagos known as the Brazilian Quarters. Her proximity to the area, where an exceptionally large number of plastic bottles are consumed because of the population density, many businesses, and frequent street parties, has given Alex an unlikely but lucrative side gig collecting PET (poly ethylene terephthalate) bottles to be recycled.

In the four months that ended in August, Alex, better known as Mama Daniel, made 215,000 naira— about $600, or twice what the lowest-paid Nigerian government worker would have earned in the same period—retrieving plastic trash. She’s collected about 14.3 tons of it, a performance so good that her income from bottle collection now dwarfs that from her kiosk. “I attend parties, and when they’re done I pull out my bag and start to pack bottles without shame,” she says. “Even now I can leave my stall at any time and ask my neighbor to watch over it if there are bottles to pick.”