LYSOL IS WORKING ON IT 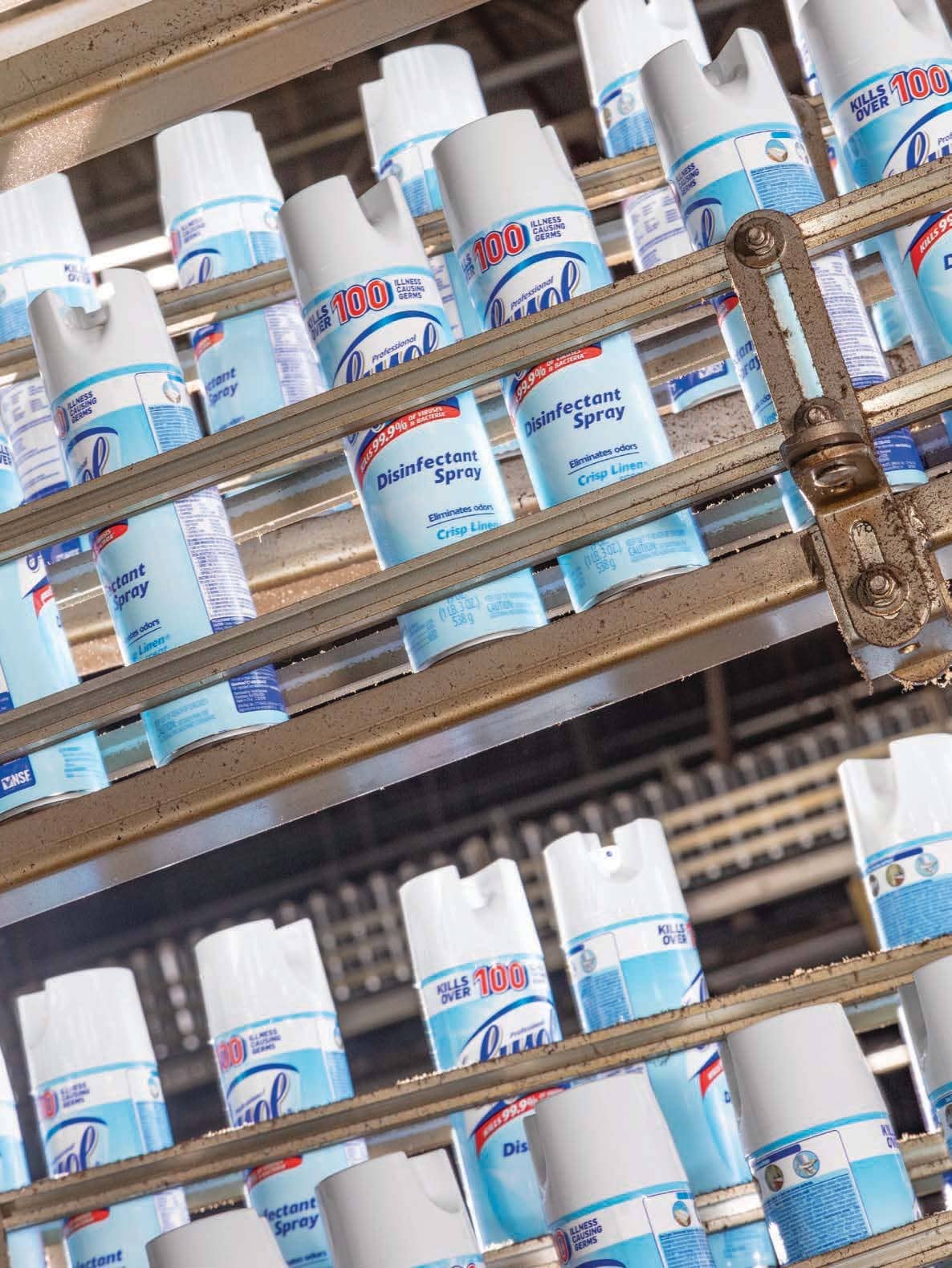 THE SANITIZER MAKER IS CHURNING OUT MORE PRODUCT THAN EVER BEFORE. BUT WITH A PANDEMIC WINTER ON THE WAY, THAT’S STILL NOT ENOUGH

DREW ARMSTRONG
One of America’s most recognizable icons of fresh-scented cleanliness comes from New Jersey. No matter where U.S. shoppers are lucky enough to spot cans of Lysol, the sanitizing spray was almost certainly produced at the same sprawling, tan-colored factory, in a suburb an hour’s drive from New York City. Over the noisy plant’s concrete floors, a steady stream of empty cans clink through an assembly line, waiting to be filled. On the line, a machine packs them all with a blend of ethanol, another disinfecting chemical called a quaternarylan ammonium compound, or quat, and some scent. Employees call the mixture the Juice.

A machine called a Filtec scans each can to make sure it got exactly 19 ounces, then a device called a crimper adds the metal top that will spray the Lysol through the attached plastic straw. In a separate room, another machine uses the straw to inject the butane that propels the spray; then the can gets a bath in a pool of 140F water surrounded by a half-inch of ballistic glass. This makes it almost impossible for the top to burst later, unless somebody throws one into a bonfire. “If it’s going to explode, it will blow here,” says Shahzeb Malik, the site director. “Not on the shelf of a Walmart.” Other machines push on the plastic nozzle, wrap on the Lysol label, and add a cap up top. The cans are bundled into cases and pallets, which are placed onto distribution trucks by forklift, while new, empty cans arrive from a supplier in Pennsylvania.

The pace has been quicker throughout the pandemic, because the plant has been running around the clock, excepting the downtime for shift changes. Every day the factory uses up at least three tanker cars of ethanol that arrive by train, each carrying about 30,000 gallons. The plant can produce 700 to 800 cans of Lysol a minute, all of them quickly bought and used, or hoarded, by Americans desperate to keep their stuff virus-free.

For the record, Lysol works. SARS-CoV-2 is an enveloped virus, a clump of genetic material wrapped in a membrane of fatty lipid molecules. Lysol’s ethanol and quat act as solvents, ripping apart the lipid skin and leaving the viral material inert. That doesn’t mean anyone should inject it, a treatment President Trump suggested doctors consider with disinfectants, including bleach, earlier this year. “Under no circumstance should our disinfectant products be administered into the human body,” the updated Lysol website currently reads, because that’s where people are at these days. 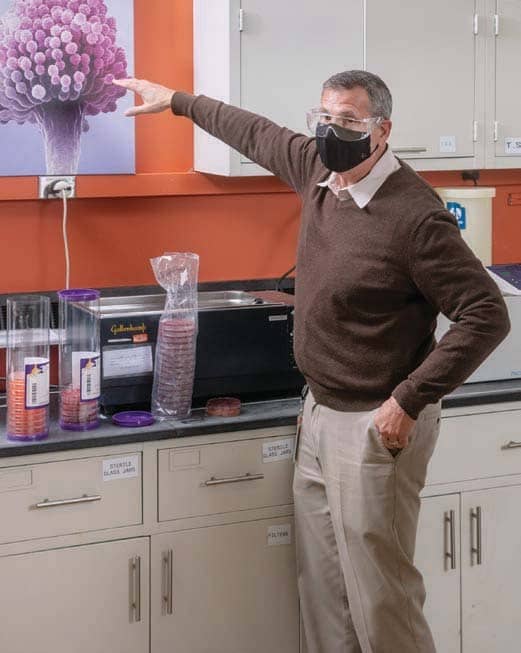 Over the course of this maddening year, Lysol has been one of the few products that’s steadily experienced an unprecedented demand. It’s approached frenzy, a level of panic-buying on par with purchases of toilet paper and rice. In early March, when the New Jersey sales team tested the fervor by sending one retail store in Florida 10,000 cans, they sold out in less than two hours. Reckitt Benckiser Group Plc, Lysol’s corporate parent, says that by yearend it’ll be producing 35 million cans of Lysol in North America each month— more than triple its pre-Covid-19 peak and enough to put a can in most American households before winter is over. So far, Lysol sales are up more than 70% this year, pushing Reckitt’s market value to well over $6o billion. The company has gained market share while rivals like Clorox Co. have stayed flat or struggled to keep up. And yet the increased production hasn’t been enough to keep store shelves consistently stocked.

Reckitt Benckiser saw this coming, both from its corporate headquarters outside London and at one of its biggest manufacturing hubs, located about 140 miles west of Wuhan, China. But there was only so much the company could do to accommodate everyone. Lysol’s parent has proven a leading indicator at several key points in the pandemic. With winter approaching, the latest is this: For all its successes in adapting its lean global supply chain to a hundred-year plague, the company still hasn’t quite managed to match supply to demand. “We’ve been very transparent about what we have and what we don’t have,” says Reckitt Chief Executive Officer Laxman Narasimhan. “In some cases, we do disappoint.”