LEND OUR EARS A HAND 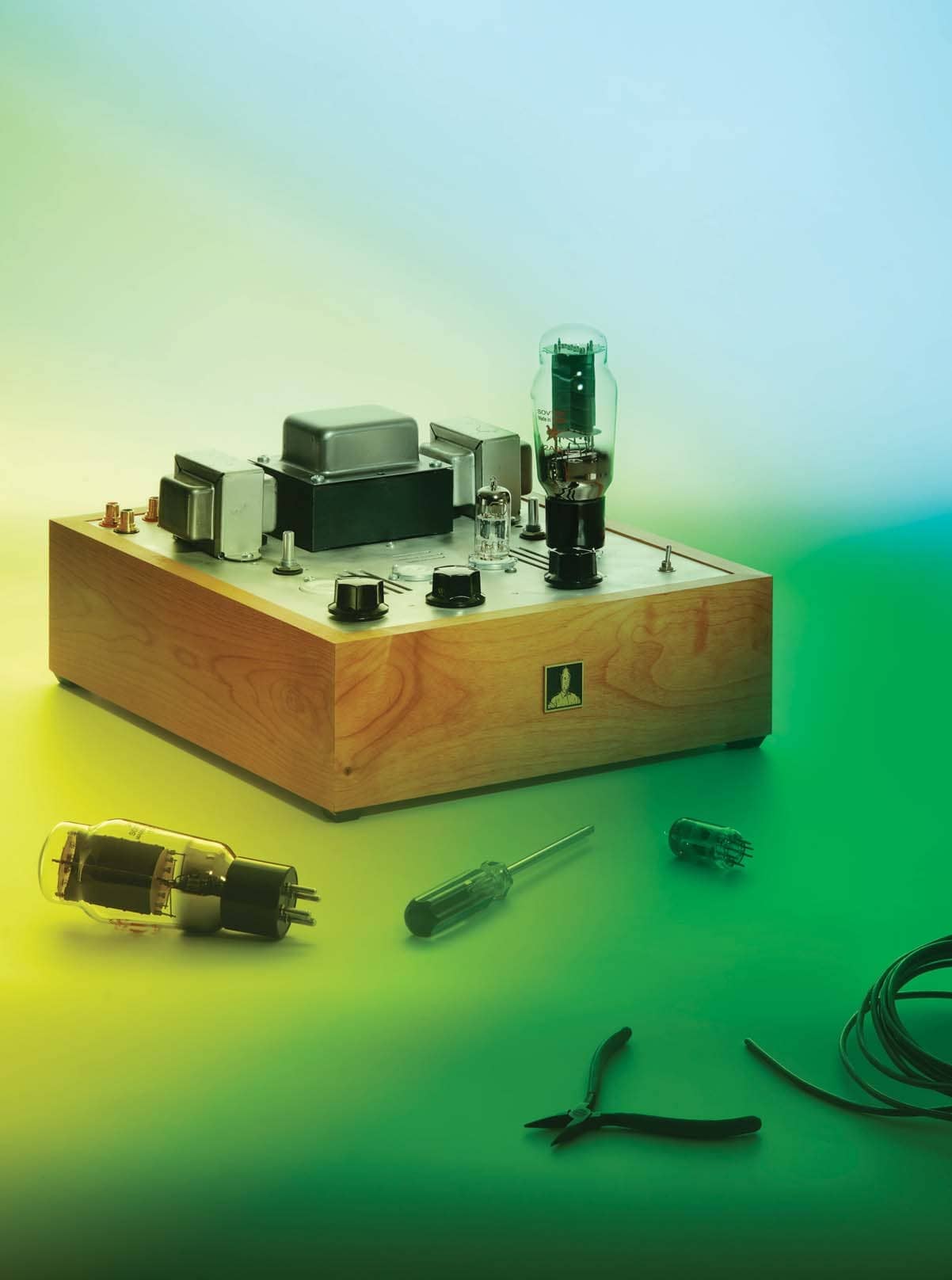 Brad Breedlove never considered himself an audiophile. The project manager for an Indianapolis-area industrial piping company has been collecting vinyl for about five years now, and the records in frequent rotation on his midrange Audio-Technica turntable include the well-worn now-classics that belonged to his parents when he was growing up.

In September, however, Breedlove took a step into the deeper waters of the sonically serious and ordered a $369 Reduction 1.1 phono preamplifier from Bottlehead, an audio kit maker in Poulsbo, Wash., across Puget Sound from Seattle. When it arrived, the box contained slabs of unfinished alder wood, carefully packed circuit boards, vacuum tubes, and bags full of capacitors and resistors. Before he could turn on his preamp, he would have to put it together.

In the golden age of hi-fi in the 1950s and ’60s, building your own stereo equipment was almost as common as buying it. Entire magazines dedicated to the craft were full of black-and-white halftone depictions of Brylcreemed dads hunched over disemboweled sound systems from companies such as Heathkit and Dynaco, soldering irons in hand. These days it’s often the warm glow of vacuum tubes on Instagram—and a surfeit of time—that draws in people.

Breedlove had some experience framing houses and building decks, but this was his first electronics project. He borrowed a soldering iron from his brother, watched a few YouTube videos, and “just kind of figured it out,” he says. The project took about eight hours spread over two afternoons. “The instructions were easy to follow,” he says, “and the first time I fired it up, it worked.”

He joins a growing number of enthusiasts who are building their inaugural system this year. Bottlehead’s founder, Dan Schmalle, saw a surge in orders that started in the spring, coinciding with lockdown measures to combat Covid-19. “It was definitely a lot of first-timers,” he says. “It was guys who were saying, ‘Man, I’ve been thinking about this for three years, and here’s the opportunity.’ Of course, what they weren’t saying was ‘I also got that stimulus check, which is just about exactly what this kit costs.’ We saw right when this check started hitting, it was going into our bank.”

At Ottawa-based ANK, which specializes in high-end digital-to-analog converters (DACs), director Brian Smith had a similar experience. “In the summers we typically slow down on sales because people are not really thinking about projects, but this year, it just kept climbing,” he says.