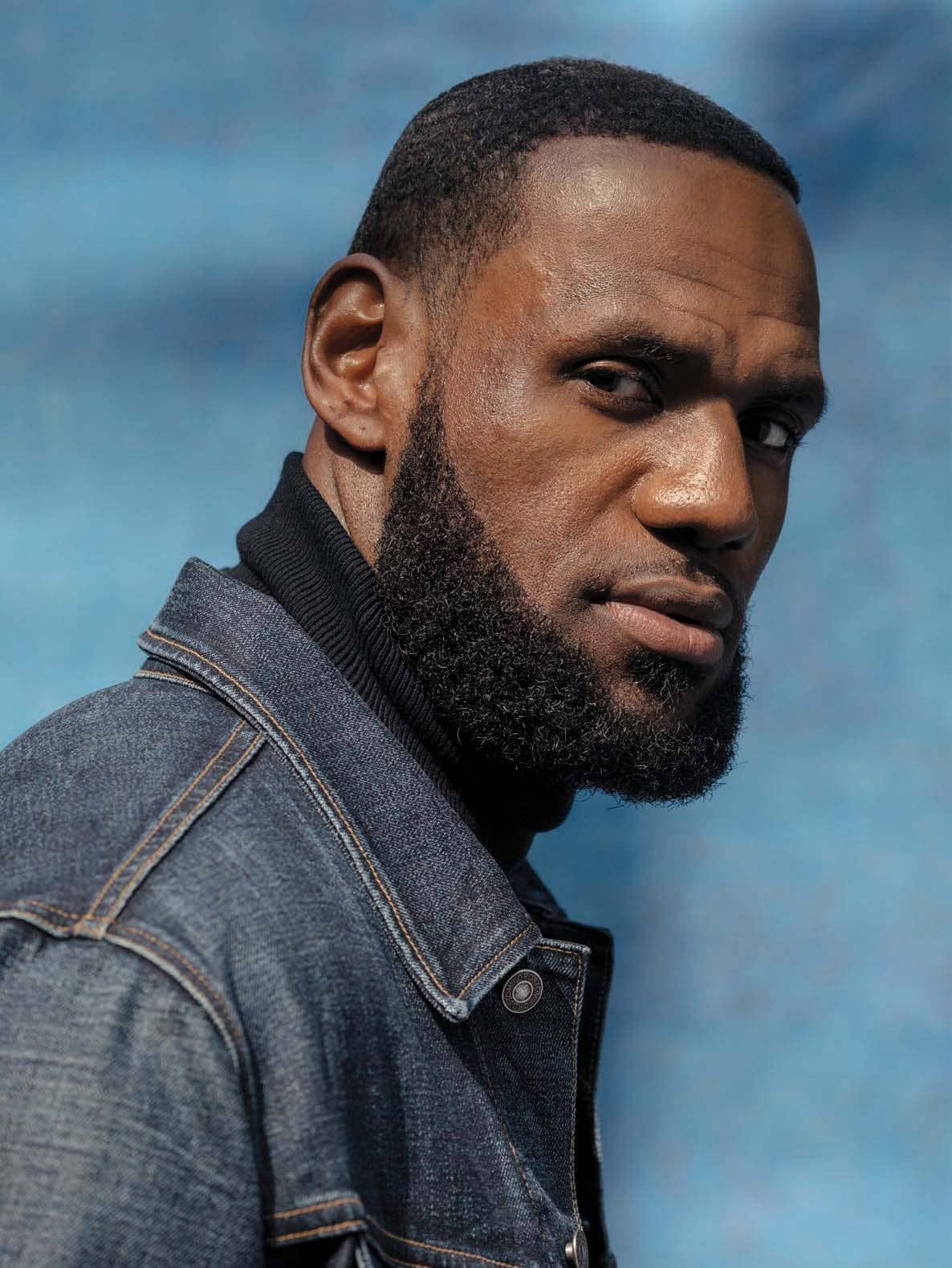 He’s building a media company during a pandemic, anti-racism protests, and economic uncertainty. Oh, yeah, and he’s about to start playing basketball again

“WE’VE BEEN THROUGH A LOT THIS YEAR,” SAID LEBRON James. The three-time NBA champion and Los Angeles Laker talked to me on June 23 via Zoom with his childhood friend and business partner, Maverick Carter. It was the second of two joint interviews to discuss their new company, but the first since the world locked down because of Covid-19. James was in their hometown of Akron, while Carter was in L.A. Kobe Bryant’s death in January was followed by the pandemic and the suspension of the NBA season, and then, of course, the horrific killing of George Floyd. “Just seeing that video, how many people were hurt not only in Minneapolis but all over the world—and especially in the Black community, because we’ve seen this over and over and over. So, you know,” he added, “it’s been a lot that’s gone on in 2020.”

The pair thought it was going to be a big year for different reasons. On March 11, the same day the NBA suspended its season, and a little more than a week before their adopted hometown ordered residents to shelter in place, James and Carter formed the SpringHill Co. after raising $100 million. They describe it as a media company with an unapologetic agenda: a maker and distributor of all kinds of content that will give a voice to creators and consumers who’ve been pandered to, ignored, or underserved.

SpringHill is named for the Akron apartment complex where James and his mom moved when he was in sixth grade. It consolidates the Robot Co., a marketing agency, with two other businesses. The first, SpringHill Entertainment, is behind The Wall, a game show on NBC, and the movie Space Jam: A New Legacy, which stars James and is scheduled to be released next year. The second, Uninterrupted LLC, produces The Shop: Uninterrupted—an HBO talk show featuring James, Carter, and other Black A-list celebrities—as well as Kneading Dough, an online partnership with JPMorgan Chase & Co., in which athletes talk about money to promote financial literacy. (“They do it in a way that’s incredibly relatable,” says Kristin Lemkau, chief executive officer of JPMorgan’s U.S. wealth management business, who created the show with Carter.) Uninterrupted, a hybrid production-marketing business, is also responsible for a Nike Inc. shoe collaboration and a hoodie collection for Pride Month designed with soccer star Megan Rapinoe and basketball great Sue Bird.

In a February interview at the Lakers practice facility in El Segundo, they talked about SpringHill as a platform to give people of color the creative control that’s long eluded them. Carter calls the company a “house of brands.” It’s part Disney storytelling power, part Nike coolness, and part Patagonia social impact. In 2020 stories can be told in many different ways—on social media, in films, as well as with sneakers and sweatshirts. “This is ultimately a company that’s about the point of view, the community you serve, and empowerment,” says L.A. investment banker Paul Wachter, who helped put the project together. “This is a company designed to move the culture.”

At the practice facility, a day after putting up 40 points on the New Orleans Pelicans, James told me: “When we talk about storytelling, we want to be able to hit home, to hit a lot of homes where they feel like they can be a part of that story. And they feel like, Oh, you know what? I can relate to that. It’s very organic to our upbringing.” Carter added: “When you grow up in a place like where we were, no matter how talented you are, if you don’t even know that other things exist, there’s no way for you to ever feel empowered because you’re like, I’m confined to this small world. That’s our duty. A lot of exposure.”