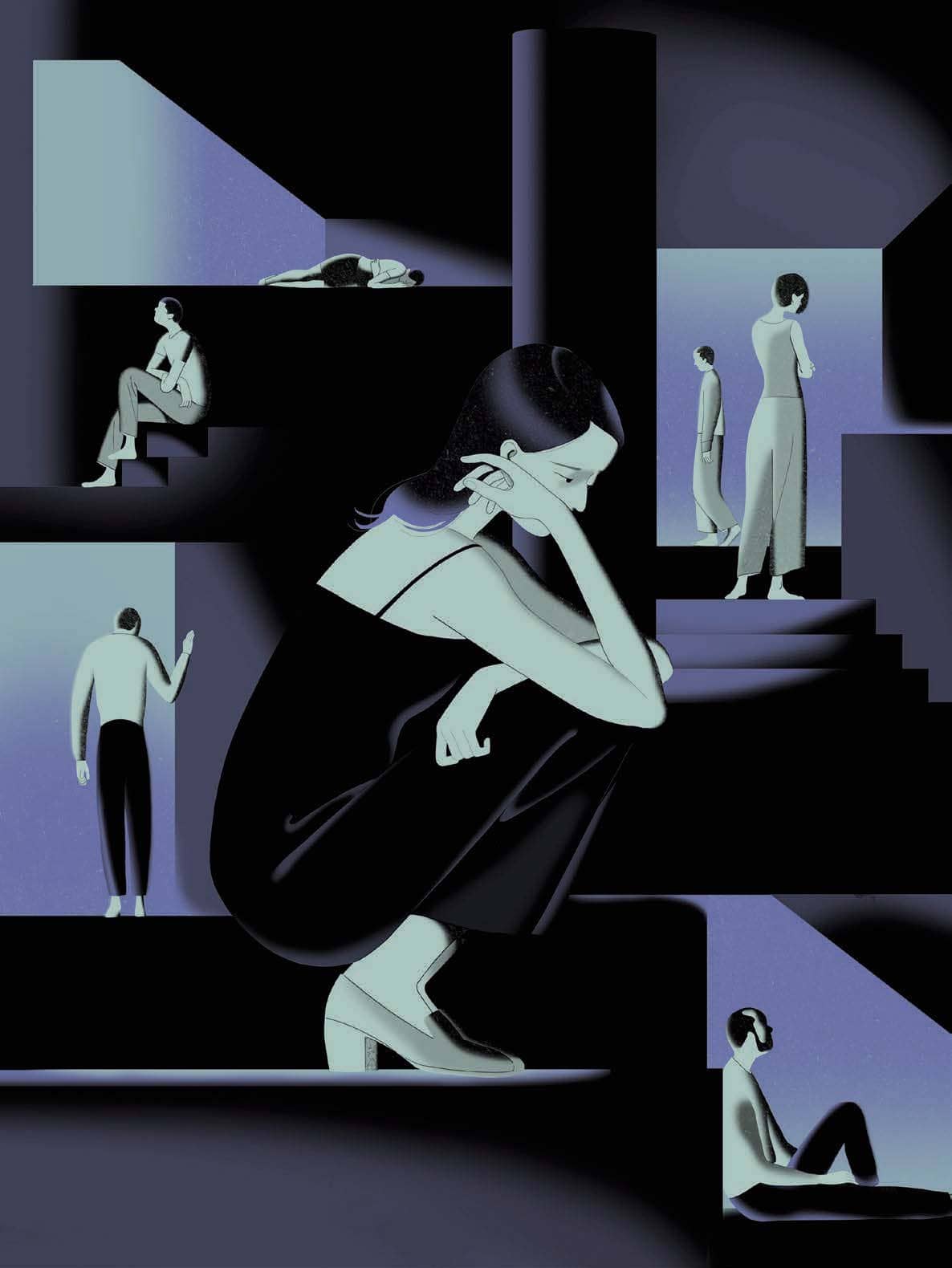 Material well-being has improved, but the nation’s emotional distress has climbed to crisis levels.

So many statistics say that life in the U.S. is getting better. Unemployment is at the lowest level since 1969. Violent crime has fallen sharply since the 1990s—cities such as New York are safer than they’ve ever been. And Americans lived nine years longer, on average, in 2017 than they did in 1960. It would make sense that the psychic well-being of the nation would improve along with measures like that.

Yet something isn’t right. In 2017, 47,000 people died by suicide, and there were 1.4 million suicide attempts. U.S. suicide rates are at the highest level since World War II, said the U.S. Centers for Disease Control and Prevention on June 20, when it released a study on the problem. And it’s getting worse: The U.S. suicide rate increased on average by about 1% a year from 2000 through 2006 and by 2% a year from 2006 through 2016.

Although suicide is the starkest indicator of mental distress, others abound. Drug overdoses claimed 70,000 lives in 2017, and 17.3 million, or 7%, of U.S. adults reported suffering at least one major depressive episode in the past year. Life expectancy, perhaps the broadest measure of a nation’s health, has fallen for three straight years, in part because of the rise in drug overdoses and suicides. That’s the first three-year drop since 1915 to 1918.

The problems may have different and varied causes, but what they add up to is a national mental health epidemic. The damage is on the scale of the global financial crisis, yet we lack the institutions, policies, and determination to address it. The government’s response has been inadequate, says Paul Gionfriddo, president of Mental Health America, an advocacy group. “The dollars have gone more to deep-end services in jails and prisons. It’s a really bad idea to put the money into jails because the people don’t belong there.”

Mental health problems manifest in a number of ways and encapsulate a wide range of conditions, including substance abuse disorders, crippling anxiety, schizophrenia, and suicidality. A person’s susceptibility depends on genetic, social, and environmental factors. These contributors are believed to be intertwined; psychological stressors can activate a genetic predisposition, so life circumstances matter a lot. And the U.S. is home to some particularly challenging ones: stagnant wages; rising health-care costs; the proliferation of highly addictive opioids after a marketing push from major drug companies; the disappearance of well-paid blue-collar jobs and the emergence of the gig economy; the lack or limited availability of treatment and services. The destructive powers of technology, be it in the form of social isolation or cyberbullying, have been cited in the rising number of teens killing themselves. Suicide is the second-leading cause of death for 10- to 34-year-olds. Then there’s the prevalence of guns, which are used in half of all suicides.