It's Not Nice to Vote Twice 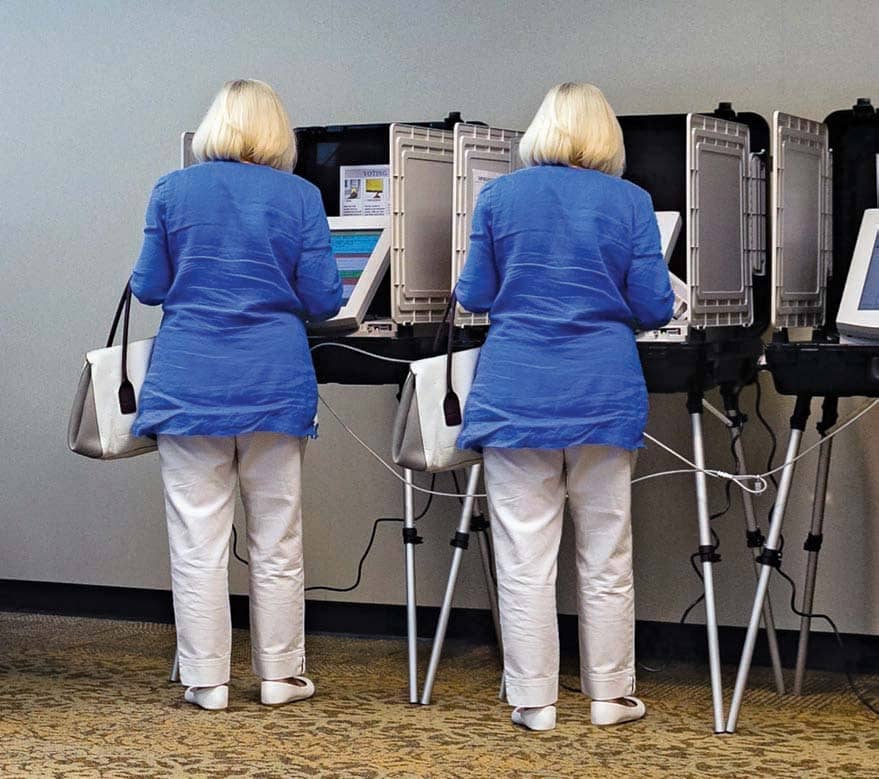 Lynn Elander, a semiretired marketing executive in Atlanta, voted twice in Georgia’s presidential and U.S. Senate primaries this year. She didn’t mean to, she says. But Georgia’s election system let her.

Elander voted first in March, in advance of the state’s March 24 presidential primary, and then in late May, after coronavirus fears delayed the original primary twice. She went to the polls the second time to vote on down-ballot races that hadn’t appeared on the March ballot. But when she inserted her ballot card into the machine, it pulled up all the races, including those she had already voted on. She assumed her earlier ballot had been discarded and cast her vote again.

Elander is now part of a double-voting scandal in Georgia that flared up even as President Donald Trump tweeted encouraging voters to try to vote twice, which is illegal. Georgia Secretary of State Brad Raffensperger announced on Sept. 8 that 1,000 Georgians cast double ballots in the primary. Sixty percent of them were Democrats, he said. These facts quickly—and erroneously—gave oxygen to claims, including from Fox News’s Sean Hannity, that mail-in voting invites Democratic election fraud.

But mail-in voting isn’t the culprit in Georgia’s double-voting fiasco (which didn’t change the outcome of any race, Raffensperger said). To blame were an overwhelmed, understaffed state election system and sign-in voting computers that failed to detect who had already voted. Although only a tiny fraction of Georgia’s electorate is implicated, the problems could preview similar woes this fall in Georgia and other battleground states, where the presidential race could come down to a small number of contested votes.