Is Airbnb's moment over? 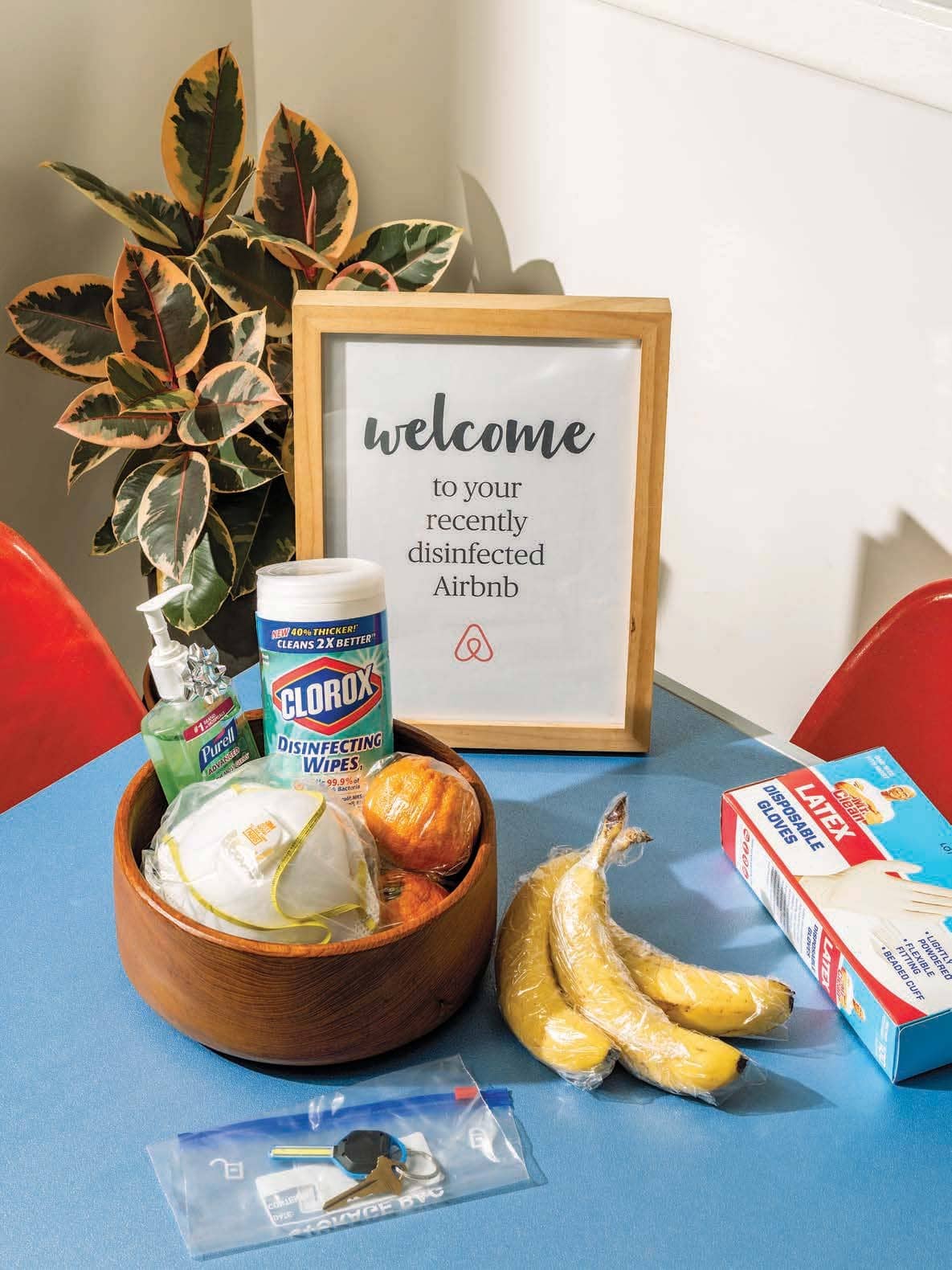 Back in March, when sheltering in place was still a novelty, Airbnb Chief Executive Officer Brian Chesky hung an oversized print from his company’s in-house magazine on a bare wall above his sofa, hoping it would brighten up his home office. The image, of a rustic cabin set against snowcapped mountains, seemed to signify the monumental task of running a home-sharing website during a deadly pandemic. Or perhaps it signified the absurdity of managing a multinational company via videoconference, appearing before employees, investors, and lenders exclusively from the waist up. “I do wear pants,” Chesky says in an interview over Zoom. “I want to be clear.”

Airbnb Inc., which Chesky founded in a much more modest San Francisco living room in 2008, is among the world’s most valuable lodging companies. It distinguished itself with an inventory of mostly short-term rentals (it takes a cut of about 15%) and had been preparing for what should have been a triumphant public listing right around now. The pandemic has crushed the global economy and shut down anything resembling a hotel. Officials who initially predicted a weekslong pause are now talking in terms of months or even seasons.

By comparison, Chesky’s problems don’t rate; he’s safe and comfortable working at home. But that hasn’t made the past few months any easier. “I’m not sure if there’s a more difficult thing that a CEO of a travel company could ever do than go through this,” Chesky says. “You feel like you were T-boned, or like a torpedo has just hit the ship.”

Chesky started Airbnb in the middle of the last global cataclysm. To homeowners struggling through the U.S. foreclosure crisis, Airbnb offered a way to help cover the next mortgage payment. To would-be travelers who couldn’t afford fancy hotels, it played up the character of the rentals its cash-strapped “hosts” were offering. Why stay at a cookie-cutter hotel in a financial district when you could rent a room in a cool-but-gritty neighborhood in Brooklyn or the Mission and stay a few more days?

Twelve years later, Airbnb is widely seen as Silicon Valley’s most promising still-technically-a-startup—especially after the previous holders of that title, Uber and WeWork, were consumed by scandals that cost each company’s founder-CEO his job. Now Airbnb is under pressure. Expenses had already been growing before the crisis, exceeding $5 billion in 2019 as the company sank money into new offerings aimed at increasing revenue before the initial public offering. And that was before the global lockdown. In early April, the Wall Street Journal reported that potential investors declined to put money into Airbnb unless Chesky relinquished some control.

Airbnb says this isn’t true. “Let’s be clear about why he’s endured as founder-CEO. He’s both a good CEO and a good person,” says Alfred Lin, an Airbnb board member and a partner at venture firm Sequoia Capital. “He’s larger than life and all of those things, but he’s navigated well.”

Early in the crisis, Chesky says, he told his board he wanted to meet virtually on Sundays because he planned to make three months’ worth of decisions every week. When guests demanded to be let out of their reservations, Chesky hesitated but eventually complied, ordering hosts to distribute refunds. That placated guests, but it enraged hosts, who complained the new policy would cause them to default on their mortgages. Chesky responded by creating a $250 million fund to help reimburse them.

Not all hosts were satisfied by the gesture, which gives them a small fraction of what they would have originally made and does nothing to address the underlying issue: how the company will find customers willing to stay in other people’s homes after all this. In April, Chesky struck a deal for $1 billion in debt and equity from Silver Lake and Sixth Street Partners. The agreement was a vote of confidence, but an expensive one for Airbnb, forcing Chesky to pay back the loan at about 11% interest, a rate typically reserved for companies in distress. Airbnb has since raised an additional $1 billion.