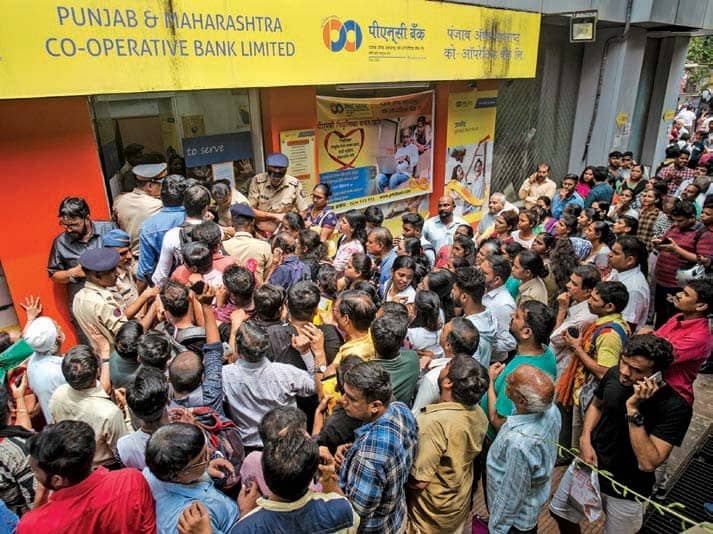 “This is the classic crisis of confidence”
Abhishek Vishnoi, Marcus Wright, and Suvashree Ghosh

The government in India has pumped $37 billion into ailing banks in the past three years. Lenders have been forced into mergers, and the central bank has wrested more than a dozen companies from the control of tycoons who defaulted on their debt.

But cleaning up the financial system has been like playing whack-a-mole. India’s banks still sit on the biggest pile of bad loans, relative to total loans, among the major economies. They’re about 9% of debts.

And now S&P Global Ratings is warning that the country’s banks risk getting swept up in a crisis in a less-regulated pocket of the financial system known as shadow banking. Shadow banks are companies that lend money but typically don’t take deposits from savers—they’re funded by mutual funds and regular banks. After one major shadow lender, Infrastructure Leasing & Financial Services Ltd., neared collapse in late 2018, others began to have a harder time getting funding, and they’ve had to rein in their own lending.

Shadow banks make loans to everyone from consumers to real estate developers to manufacturers, so the pullback is being felt throughout the economy. There’s been a record slump in car sales, and residential building projects have stalled. A collapse in consumption has dragged the country’s gross domestic product growth down to 5%, from a world-beating 8.1% at the start of 2018. The Reserve Bank of India, the central bank, has tried to stimulate lending by slashing interest rates.