In An Age Of Kale Salads And Fake Meat, McDonald's Has A New Secret Sauce 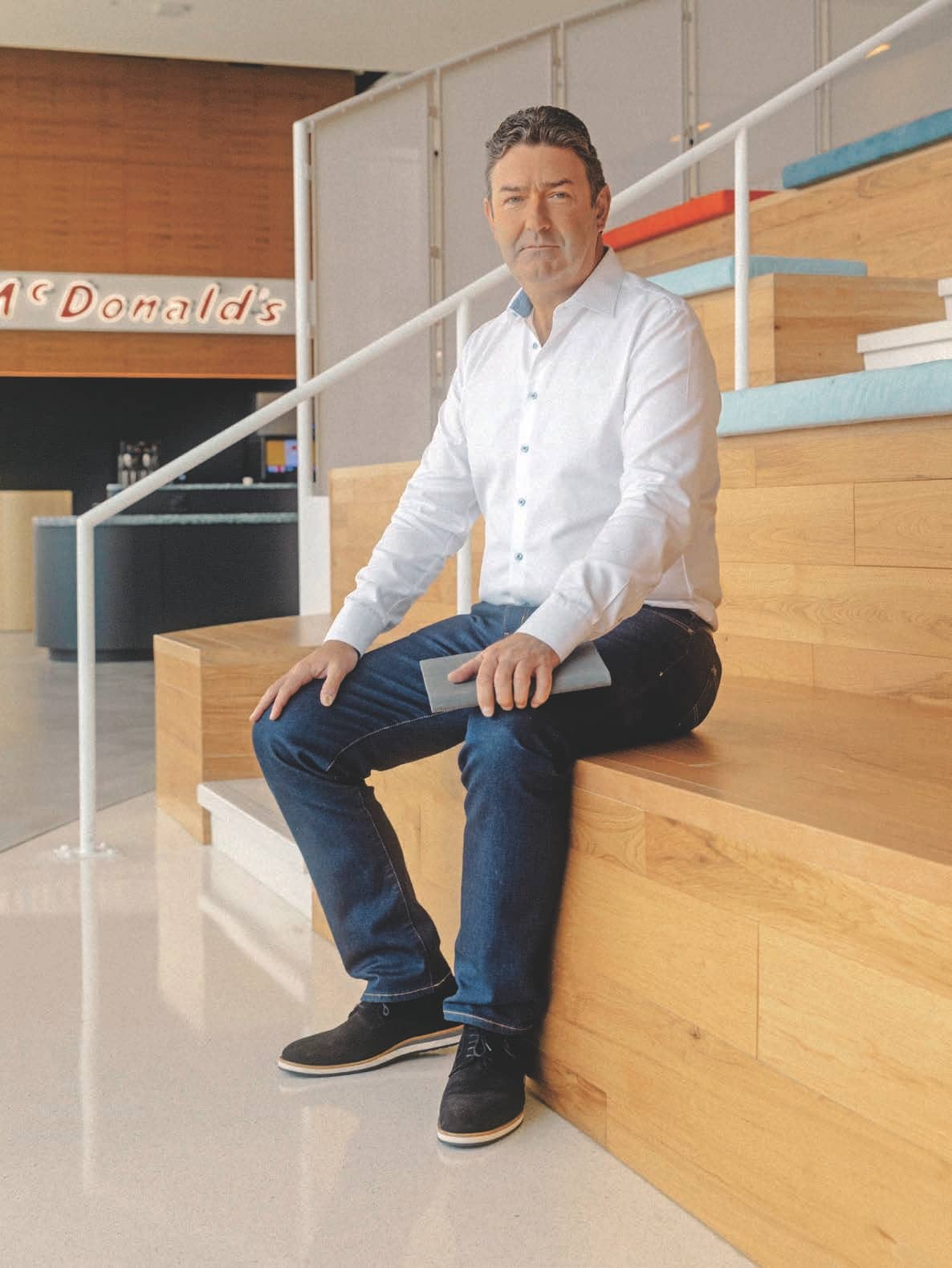 CEO Steve Easterbrook is leading McDonald's into the age of code

Three years ago, Steve Easterbrook ran out of patience. Before flying home to Chicago for the Christmas holidays, he stopped in Madrid to meet with Spanish executives from McDonald’s. In a conference room at the company’s local office off the A6 highway, the mood soured as managers lamented heavy losses on the evenings when FC Barcelona and Real Madrid C.F. competed. Diners were staying home and ordering from archrival Burger King for delivery—a service McDonald’s didn’t offer.

Conceding to Burger King in any circumstance is an indignity, but losing hundreds of thousands of customers to the enemy’s modernized tactics during one of Spain’s most important weekly fixtures was the final straw. It represented everything that was defective at the business Easterbrook had been running for 22 months—McDonald’s Corp. was just too analog. A week before he was named chief executive officer, the company announced it had suffered one of its worst years in decades as dejected U.S. customers abandoned the brand for Chipotle burritos and Chick-fil-A sandwiches. In the U.K. hundreds of artisanal burger competitors had appeared seemingly overnight on the food- delivery mobile app Deliveroo, which indulged the couch potato demographic with an unprecedented ease of access that felled the appeal of McDonald’s drive-thrus. The time had come to address a weakness that stretched far beyond the company’s Iberian territories.

“He looked at me and said, ‘We’re not going to go through the traditional market pilot and study delivery for six months. We’re just going to do it,’ ” says Lucy Brady, who oversees McDonald’s global strategy and business development teams. He instructed her to get every country manager on a conference call on Monday morning. 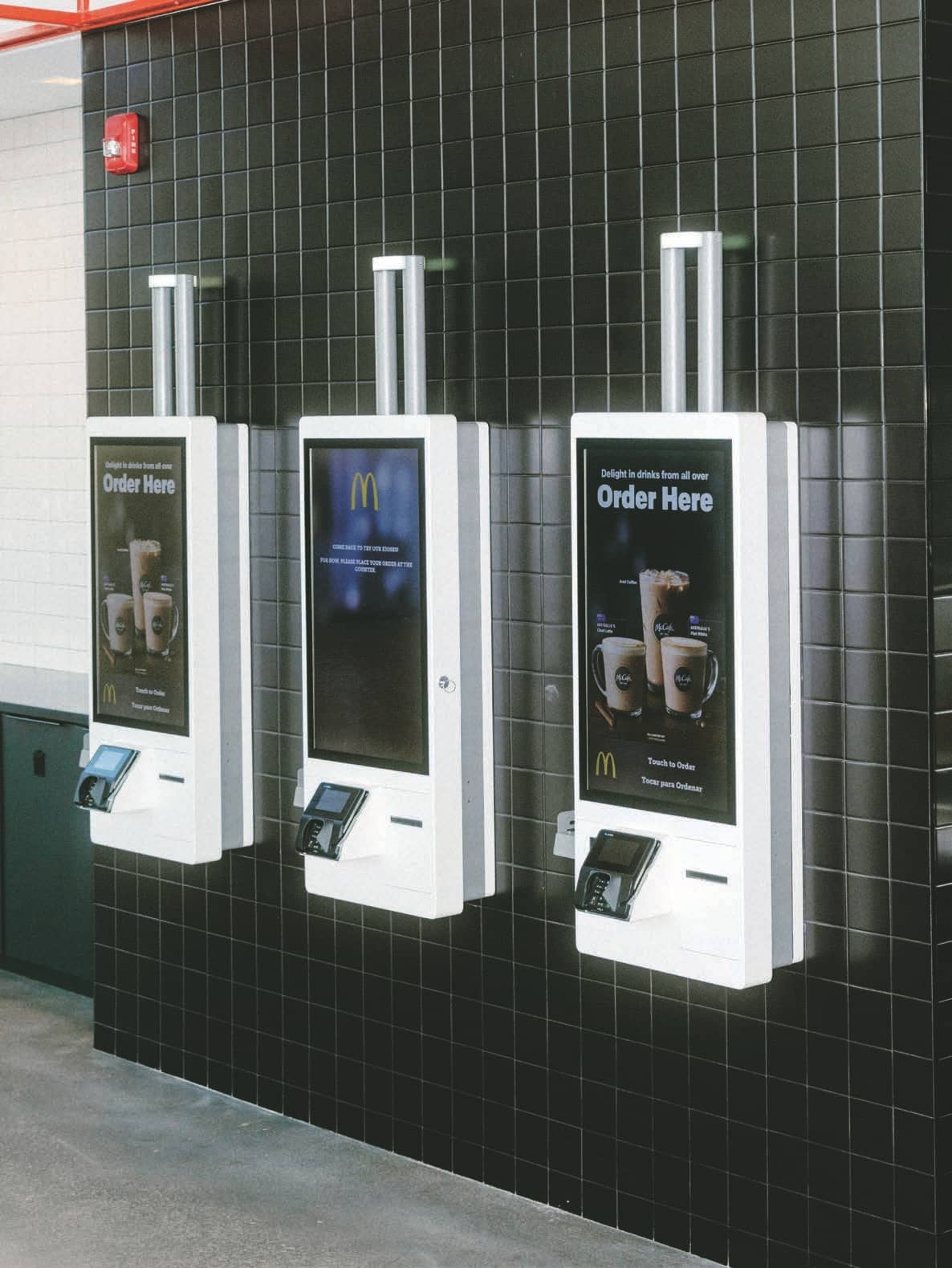 Brady cautioned him that it might be difficult to reach some managers who’d already left for the holiday; Easterbrook said everyone could spare a half-hour. He would command each manager to nominate their best executive to the task of building an online delivery business that would aim to be fully operational by the beginning of January—in two weeks’ time. When Brady suggested they target delivery from 3,000 restaurants by July 1, he told her he would be disappointed if they didn’t get to 18,000—about half of McDonald’s locations around the globe.

Management’s compensation would be tied to the speed and breadth of the rollout, and the only limiting factor Easterbrook would accept would be the number of couriers in cars, on bikes, and on foot that their delivery partners could supply. For the widest possible deployment, McDonald’s teamed with Uber Eats. The partnership was so significant that Uber Technologies Inc. devoted two full pages to its then- exclusive delivery agreement with McDonald’s in a roadshow prospectus ahead of Uber’s initial public offering in May. Easterbrook now regularly uses the service while traveling on business to gauge its quality.

“I’m a Quarter Pounder guy,” he says with a calculated slowness not unlike Daniel Day-Lewis’s “I’m an oil man” in There Will Be Blood. The 52-year-old British CEO has the tall, broad frame of a rugby player, with thick waves of black hair and piercing blue eyes. He’s described as an inscrutable blend of mild manners and obsessive competition by members of his fresh-faced leadership team. (Upon taking the top job in 2015, Easterbrook fired or let go 11 of the 14 most senior executives he inherited.) He expects the delivery business to account for about $4 billion in sales by the end of this year.

Catching up to Burger King on delivery would be the first item on a long list of improvements Easterbrook already had in mind for McDonald’s. Broadly, he wants to reconfigure his restaurants into enormous data processors, complete with machine learning and mobile technology, essentially building the Amazon of excess sodium. Franchisees have balked at the costs of implementing his vision, which includes drive-thrus equipped with license-plate scanners (the better to recall one’s previous purchases) and touchscreen kiosks that could ultimately suggest menu items based on the weather.

So far, the strategy has proved compelling: Only a handful of other companies in the S&P 500, almost all of them California technology suppliers such as semiconductor giant Advanced Micro Devices and chipmaker Nvidia, have outperformed McDonald’s returns since 2015. The gains have generously rewarded institutional investors like BlackRock Inc. and Vanguard Group Inc., who’ve long been among the chain’s largest backers. Easterbrook wants to reclaim the company’s image as a beacon of innovation, a designation McDonald’s hasn’t enjoyed since roughly the Truman administration.

IN 1940 BROTHERS DICK AND MAC MCDONALD REDESIGNED and rebuilt their modest hot dog drive-in, in the shadows of California’s San Bernardino mountain range, into McDonald’s Bar-B-Q, which sold 25 items. By 1948 they dropped “ Bar-B-Q” from the name and streamlined the menu to offer only the most profitable foods: hamburgers, cheeseburgers, potato chips, coffee, soft drinks, and apple pie. The restaurant seated about a dozen customers on outdoor stools and sold 15¢ hamburgers, which were bagged within 30 seconds of being ordered thanks to the pioneering Speedee service system.

The system had begun with the brothers sketching out lifesize kitchen blueprints on a tennis court with chalk and having employees act out cooking and serving tasks. After settling on the fastest method, they contracted kitchen equipment companies to build machinery to support the choreography. Breakthroughs included custom-made saucing guns for the buns and curved steel ramps on which burgers would slide down into cashiers’ hands to pass on to diners. At the time, only a handful of burger chains were using similarly bespoke hardware.