How To Spend $4 Million In A Day 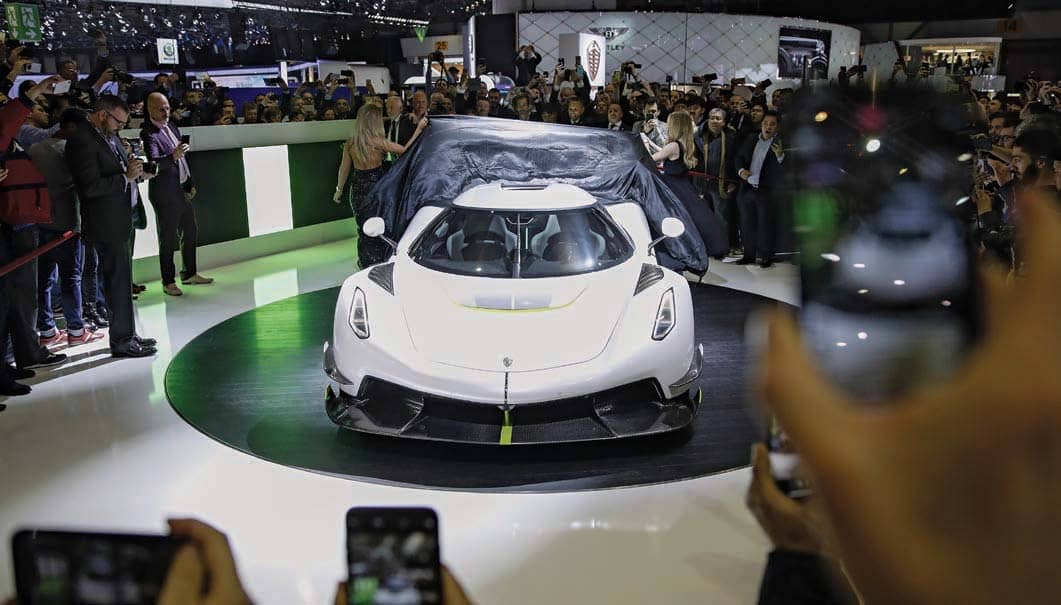 Shopping for supercars in Geneva with a guy who collects some of the most expensive wheels in the world.

Kris Singh is so excited he’s almost vibrating. We’re gathered on the Aston Martin stand at the Geneva International Motor Show, where the venerable British carmaker has just unveiled three concept cars: the Lagonda All-Terrain, a battery-powered SUV lined with silk and cashmere; the Vanquish Vision, a sports car intended to compete with $250,000 Ferraris; and the AM-RB 003, a 500-unit, $1.3 million hybrid that resembles a demonic specter in an astronaut’s helmet.

All three are years from being road-ready, but that doesn’t matter to the 39-year-old Miami-based investor. “I love seeing things for the first time in real life instead of on the internet,” Singh says. “Being surprised, that’s so rare these days. It’s like being a part of history.”

History hasn’t been kind to auto shows in recent years. Luxury car companies such as Bentley, Lamborghini, Mercedes-Benz, and Porsche have fled them in droves because of the expense of constructing stands and the ease of revealing a car online instead. A more au courant way to network and negotiate with customers is at high-touch, low-key equestrian events or the classic car shows at Amelia Island, Fla., and Pebble Beach, Calif.

Geneva is the exception. Each March the European banking and diplomacy hub attracts the biggest names in high-end automobiles, as well as countless obscure brands. Toyota Motor Corp., Fiat SpA, and other mainstream automakers also have a presence here, but it’s the Bugattis of the world that spend €1 million to €2 million to introduce their latest creations. Over two VIP days, hundreds of millionaires will kick the tires on hundreds of millions of dollars’ worth of exotic cars.