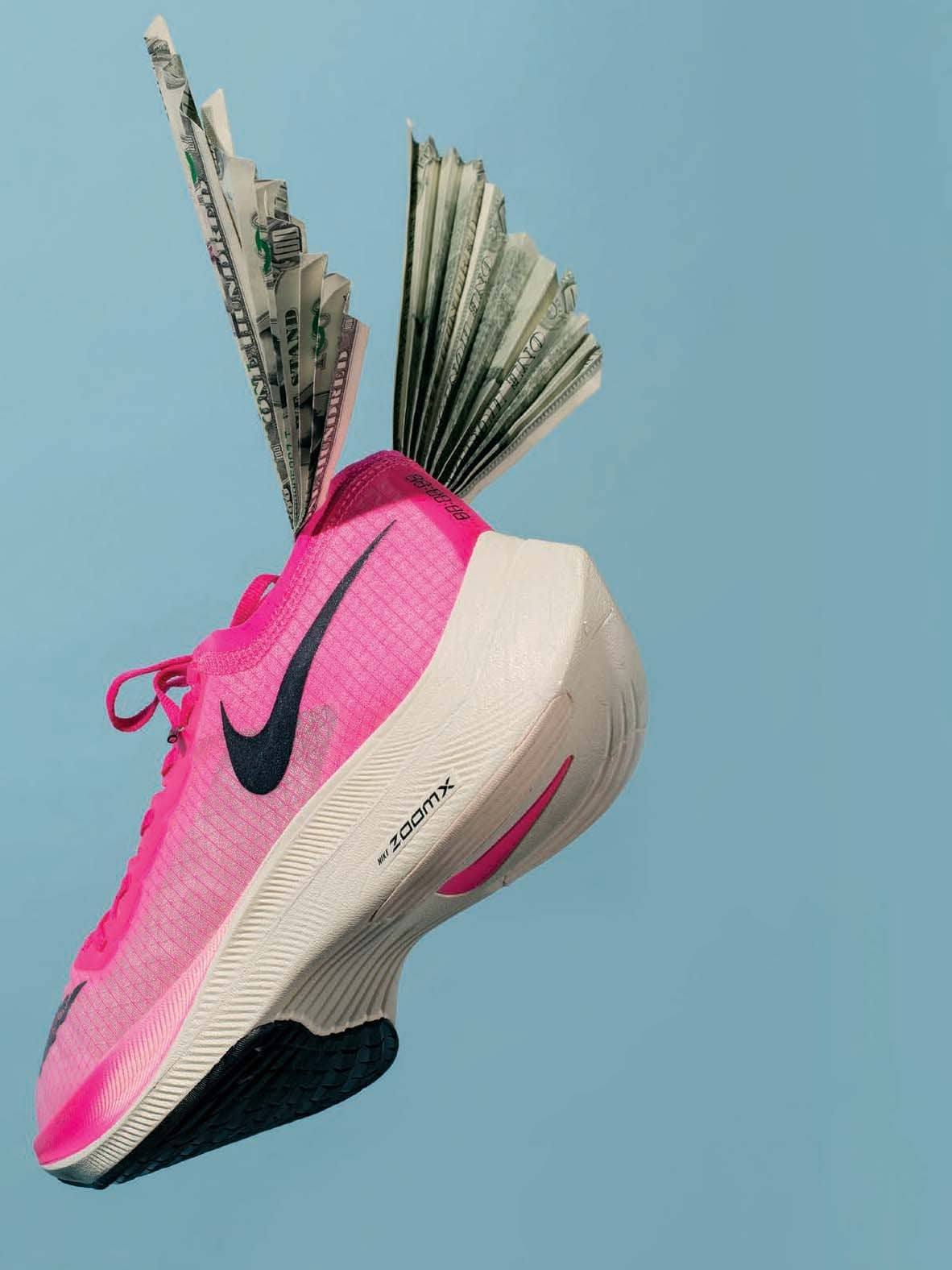 Last month, elite marathoner Eliud Kipchoge ran 26.2 miles in less than two hours, breaking a barrier some thought impossible. The following day, fellow Kenyan Brigid Kosgei shattered the women’s marathon record. The common thread for both performances: the shoes on their feet. Kipchoge was running in a prototype featuring Nike Inc.’s latest Vaporfly technology. Kosgei was wearing an earlier version of the same shoe, which retails for $250.

Their runs reignited a debate that’s simmered since Nike unveiled this class of shoes in 2017. The sneakers have a carbon fiber plate, lightweight foam, and a stiff forefoot that rocks you forward. Nike says they’re proven to decrease effort by at least 4%, helping you run faster on the road and recover quicker afterward. “Out of the box, you are 4% better,” says Matt Nurse, vice president of the Nike Explore Team Sport Research Lab. “No question. We tested that across ranges of speed and ability.”

Now, as other sneaker companies race to produce high-end shoes with similar benefits, critics worry that Nike has tipped distance running’s competitive balance on the eve of the Summer Olympics in Tokyo. The sport’s governing body is exploring whether to rein in athletic goods companies or let them run wild, a decision that could usher in an arms race for high-tech sneakers. “This is not a little advancement in technology, this is a completely different animal,” says Ryan Hall, a retired U.S. distance runner. “Physically speaking, it’s so hard for elite runners to take one minute offtheir marathon time. To just put on a pair of shoes and be able to run two minutes quicker, that’s mind-blowing.”

No sneaker generates more energy than a runner puts into it. But serious runners have long shown interest in recovering more of the force exerted in each stride. For decades, shoe companies have worked to reach maximum efficiency, producing many small innovations and a few big ones.