How Much Of Your Audience Is Fake? 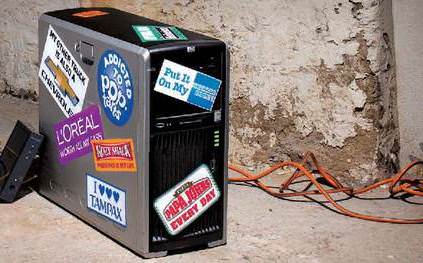 Ron Amram has been in the brand marketing business for about 20 years. In the 2000s he was media director for Sprint’s prepaid cellular group, mainly figuring out where the carrier should spend its ad dollars—print, outdoor, digital, or broadcast. TV was always at the top of the pyramid. A TV campaign was like “the Air Force,” Amram says. “You wanted to get your message out, you did carpet bombing.” But TV wasn’t cheap, nor did it solve “that age-old question: Half of my marketing is working, half of it is not, and I don’t know which half.”

About 10 years ago, not long after Google went public and Yahoo! was still worth upward of $50 billion, attitudes shifted. Digital search and display ads had the potential to reach TV-size audiences at a fraction of the price. “People thought it was going to change everything,” Amram says.

The euphoria escalated again around 2010 with the arrival of programmatic advertising, a typically banal industry term for what is, essentially, automation. The ideal programmatic transaction works like this: A user clicks on a website and suddenly her Internet address and browsing history are packaged and whisked off to an auction site, where software, on behalf of advertisers, scrutinizes her profile (or an anonymized version of it) and determines whether to bid to place an ad next to that article. Ford Motor could pay to put its ads on websites for car buffs, or, with the help of cookies, track car buffs wherever they may be online. Ford might want to target males age 25-40 for pickup-truck ads, or, better yet, anybody in that age group who’s even read about pickups in the past six months.

That’s a stunningly attractive proposition to advertisers: surgical strikes on a carpet bombing scale. Ominous for privacy advocates, sure, but nirvana for agencies, publishers, and advertisers. At long last, they’d know where every last dollar went and whether it did its job.

Amram is at Heineken USA now, where the annual ad budget is in the $150 million range. In 2013 the company replaced its old stubby bottles with a fashionably longnecked version that supposedly keeps the beer cold longer. “We had a healthy investment in TV, local media, and digital,” he says. “We thought digital would come close and compete with television in terms of effectiveness.”

Late that year he and a half-dozen or so colleagues gathered in a New York conference room for a presentation on the performance of the online ads. They were stunned. Digital’s return on investment was around 2 to 1, a $2 increase in revenue for every $1 of ad spending, compared with at least 6 to 1 for TV. The most startling finding: Only 20 percent of the campaign’s “ad impressions”—ads that appear on a computer or smartphone screen—were even seen by actual people.

“The room basically stopped,” Amram recalls. The team was concerned about their jobs; someone asked, “Can they do that? Is it legal?” But mostly it was disbelief and outrage. “It was like we’d been throwing our money to the mob,” Amram says. “As an advertiser we were paying for eyeballs and thought that we were buying views. But in the digital world, you’re just paying for the ad to be served, and there’s no guarantee who will see it, or whether a human will see it at all.”

Increasingly, digital ad viewers aren’t human. A study done last year in conjunction with the Association of National Advertisers embedded billions of digital ads with code designed to determine who or what was seeing them. Eleven percent of display ads and almost a quarter of video ads were “viewed” by software, not people. According to the ANA study, which was conducted by the security firm White Ops and is titled The Bot Baseline: Fraud In Digital Advertising, fake traffic will cost advertisers $6.3 billion this year.

One ad tracked in the study was a video spot for Chrysler that ran last year on Saveur.tv, a site based on the food and travel lifestyle magazine. Only 2 percent of the ad views registered as human, according to a person who was briefed on data provided to the study’s participants. Chrysler, which doesn’t dispute the data, ceased buying ads on the site once it became aware of the “fraudulent activity,” says Eileen Wunderlich, the automaker’s spokeswoman. White Ops, which left out the names of the advertiser and website in its published study, declined to comment. Executives at Bonnier, the publishing company behind Saveur.tv, say they screen every impression and that the White Ops study looked at 5,700 ads, a very small number. They also say there are multiple methods for detecting nonhuman traffic, and that there’s no single standard used by the industry. “We weren’t aware of any problem or complaint.

If it had been brought to our attention we would have fixed it,” says Perri Dorset, a Bonnier spokeswoman.

Fake traffic has become a commodity. There’s malware for generating it and brokers who sell it. Some companies pay for it intentionally, some accidentally, and some prefer not to ask where their traffic comes from. It’s given rise to an industry of countermeasures, which inspire counter-countermeasures. “It’s like a game of whack-a-mole,” says Fernando Arriola, vice president for media and integration at ConAgra Foods. Consumers, meanwhile, to the extent they pay attention to targeted ads at all, hate them: The top paid iPhone app on Apple’s App Store is an ad blocker.

“I can think of nothing that has done more harm to the Internet than ad tech,” says Bob Hoffman, a veteran ad executive, industry critic, and author of the blog the Ad Contrarian. “It interferes with everything we try to do on the Web. It has cheapened and debased advertising and spawned criminal empires.” Most ridiculous of all, he adds, is that advertisers are further away than ever from solving the old which-part-of-my-budget-is-working problem. “Nobody knows the exact number,” Hoffman says, “but probably about 50 percent of what you’re spending online is being stolen from you.”

Bonnier is a 211-year-old Swedish media conglomerate. Like a lot of traditional publishing companies, it has struggled in its transition to the Internet era. Generating digital revenue to offset declines in the print business is paramount, and video ads are particularly lucrative. Last year the company began to build video centric sites for Saveur and several of its other titles, including Outdoor Life, Working Mother, and Popular Science.

About half of Saveur.tv’s home page is taken up by a player that automatically plays videos with simple kitchen tips. In early September, the spots (How to Stir a Cocktail, Step One: “Hold the spoon between pointer and middle finger …”), were preceded by ads from Snapple and Mrs. Meyer’s household cleaning products.

The challenge for Bonnier was building an audience. That can be done organically—by coming up with lots of content, promoting it until people start watching, persuading advertisers to buy in. Or there’s a modern shortcut: Buy traffic. Which doesn’t necessarily mean fake it. Publishers often pay to redirect human users from somewhere else on the Internet to their own sites, and companies such as Taboola and Outbrain specialize in managing this kind of traffic. Website A hires Taboola, which pays Website B to put “content from around the Web” boxes at the bottom of its pages. Viewers, enticed by headlines like “37 Things You Didn’t Know About Scarlett Johansson,” click on a box and are redirected to Website A. But redirects are also expensive. In practice, only 2 percent of people on a site click on these boxes, and Website A has to compensate Website B handsomely for giving up precious visitors.